ADV Countersues FUNimation, Claims They are an Illegal Monopoly 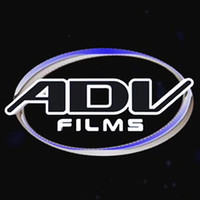 The opinions and "facts" expressed in this article are those of the legal documents.

In the ongoing lawsuit between FUNimation and ADV over ADV's dissolution and debts, ADV has decided to countersue as a third-party, claiming FUNimation is trying to monopolize the anime industry through illegal means. Filed on May 8th, 2012 in the Harris County Courts is an amended answer, original counterclaim and third-party claim by A.D. Vision against the entities collectively known by the public as "FUNimation."

The lawsuit, specifying FUNimation Entertainment, FUNimation Productions Ltd., AnimeOnline Ltd., FUNimation GP LLC, Anime LP Holdings LLC., FUNimation LP LLC, and FUNimation CEO Gen Fukunaga as the defendants, seeks judgment in favor of ADV in both the lawsuit and the countersuit; awarding ADV its "actual, consequential, direct, indirect, and exemplary damages"; attorney's fees, interests and court costs; and "an order enjoining FUNimation from attempting to enforce any rights it claims to have secured from ARM and from obtaining any assets owned by the defendants" of the original suit.

ADV's countersuit claims nine reasons for the suit: The first two reasons are for violation of the Federal Sherman Act and the Texas Free Enterprise Act, claiming that FUNimation is, or almost is and is seeking to be, a monopoly, and that they have "engaged in anticompetitive or predatory conduct" to "maintain willfully, or to gain" their monopoly. ADV also contends that the "conduct was willful or flagrant" and therefore seeks triple damages.

ADV's next reason claims that "Unfair Competition/Misappropriation" has occurred, claiming Fukunaga and FUNimation induced ARM to share ADV's own information and strategies regarding the anime industry and business with FUNimation. This information was contractually considered confidential between ADV and ARM. They also claim FUNimation used this information "to compete and gain a free-ride" without the expenses ADV had.

ADV's fourth reason claims that "Tortuous Interference with Existing Contract" has occurred as FUNimation "willfully and intentionally interfered with the facility agreement" by inducing ARM to breach a provision which prevented giving a right or remedy to a third party without permission, disclose confidential information, and conduct a foreclosure sale which was not lawful.

ADV's fifth and sixth claims are "Violations of Chapter 9 of the Texas Business and Commerce Code" and "Conspiracy to Violate Chapter 9 of the Texas Business and Commerce Code" claiming that ARM did not follow the law when they accepted the collateral for the debt and/or when they sold the titles to themselves. ADV claims that FUNimation is either liable if they acquired the rights they claim and/or FUNimation is independently liable since they "aided, abetted or otherwise induced" ARM's violations. ADV also claims ARM, Sojitz and JCI conspired in some manner with Fukunaga and FUNimation to violate chapter 9.

ADV then makes a claim for "Breach of Contract," reclaiming that ARM breached the facility agreement and harmed ADV in doing so; "Conspiracy to Commit Fraud", claiming that "Fukunaga, FUNimation, Sojitz, ARM and JCI conspired, agreed and otherwise had a meeting of the minds to defraud ADV" when they "actively concealed" the sale of the titles and the assignment agreement; and lastly, "Fraud and Fraudulent Inducement," claiming that ARM falsely represented its intentions when it entered into and executed the facility agreement and ADV would have never entered into the agreement knowing this, and FUNimation is liable in place of ARM as claimed before. 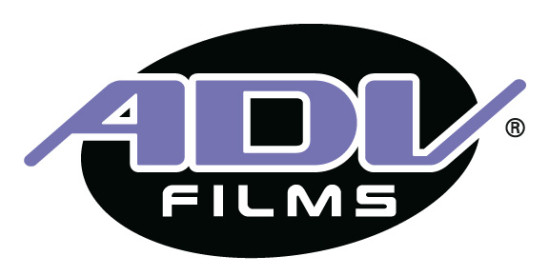 In claiming that the foreclosure sale was unlawful, ADV claims that a "sham foreclosure sale" took place. After taking possession of the materials for the ARM titles, ADV claims ARM told them on May 20th, 2008 that they planned to sell the titles at a public sale in two weeks. ADV says that ARM was the only bidder at this sale and they bought the ARM titles, including the master tapes for the dubs which ADV claims they spent 4 million dollars producing, "from itself for a fraction of the total value." What makes the sale a "sham" is that ADV contends the sale was actually a private sale "intended to, among other things, circumvent the requirements for accepting collateral in satisfaction of debt." Additionally, ADV claims that after the sale, ARM improperly calculated and claimed a deficiency, an outstanding debt of nearly 8 million dollars, which ARM then claimed was being assigned to Sojitz for a tax write-off.

The third-party claim by ADV is part of FUNIMATION ENTERTAINMENT vs. A D VISION INC.

Stay tuned later today for part two as we explore more into how similar and yet different two parties can see the same actions.