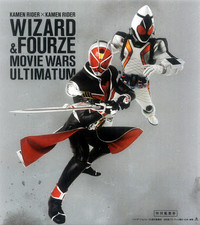 A week after Skyfall usurped Evangelion 3.0 at the top of the Japanese box office, Bond has been beaten by the latest Kamen Rider flick. For the weekend of December 8th/9th, Eva fell to #4 behind Kamen Rider × Kamen Rider Wizard & Fourze: Movie War ULTIMATUM, Skyfall, and the live-action adaptation of shoujo manga Kyō, Koi o Hajimemasu.

The latest Inazuma Eleven was #5, while Takashi Miike's new Lesson of Evil is #6. Clint Eastwood's Trouble with the Curve closes out the top 10. 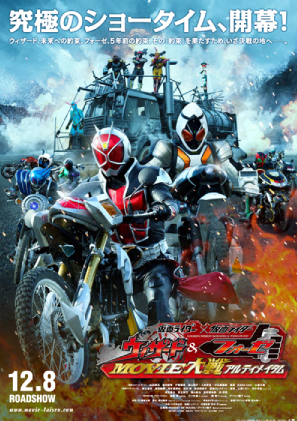