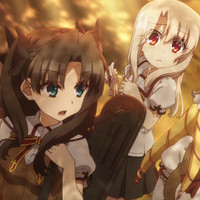 Kadokawa has finally gotten around to posting the long version of the promo for this summer's Fate/Kaleid liner Prisma Illya 2wei! The movie was originally screened at the "Magical Festival," held in Tokyo on April 13, but is just now hitting the company's Youtube channel.

Fate/Kaleid liner Prisma Illya is Hiroyama's spin-off manga series based on Type-Moon's popular visual novel Fate/stay night. 2wei! was serialized in Kadokawa Shoten's Comp-Ace from 2009 to 2012 as the second installment of the Prisma Illya series following the first Prisma Illya in 2007-2009. The third installment Fate/Kaleid Liner Prisma Illya 3rei!! has been running in the magazine since the July 2012 issue. The first 10-episode TV anime series was aired in Japan from July to September in 2013. The production of the 2wei! anime was announced in the end of its 10th/final episode.

Shin Onuma, who was the director of the anime first season, serves as the general director with Masato \ Jinbo, who is promoted to the director from an episode director, for Silver Link. Kenji Inoue and Nozomi Ushijima again work on series composition and character designs respectively. The Fate/Kaleid liner Prisma Illya 2wei! TV anime is scheduled to premiere in July.