To tell the extreme everyday life of the brother and sister 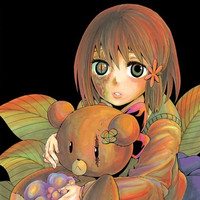 The fifth issue of Akita Shoten's Monthly Young Champion Retsu announced today that the first episode of Sayaka Mogi's horror manga pupa's new two-part one-shot story "Yume to Utsusu no Nanokakan" (The Seven Days of Yume and Utsutsu) will be published in its next issue. It will tell the extreme everyday life (probably one week) of the brother and sister, Utsutsu and Yume.

The manga was serialized in EARTH STAR Entertainment's monthly manga magazine Comic Earth Star from March 2011 to December 2013, then compiled in five tankobon volumes. The 12-episode TV anime produced by Studio Deen and directed byTomomi Mochizuki was aired from January to March 2014. 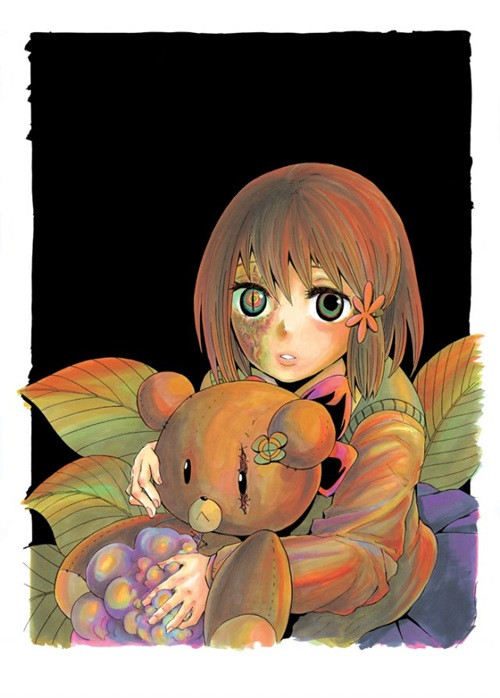 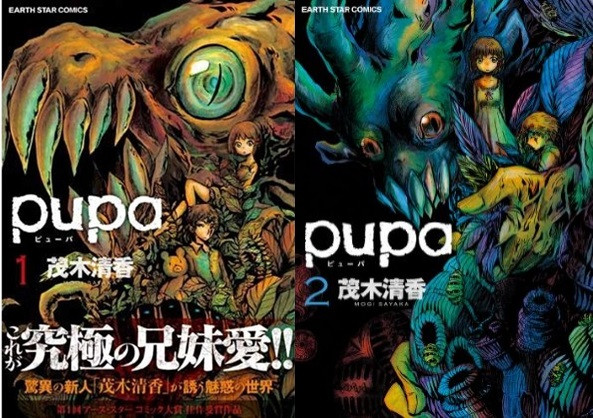 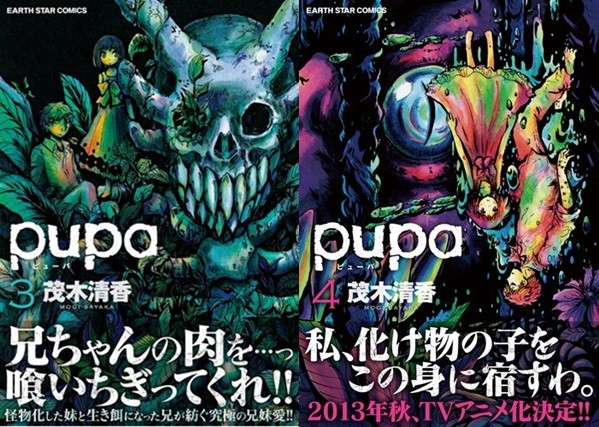 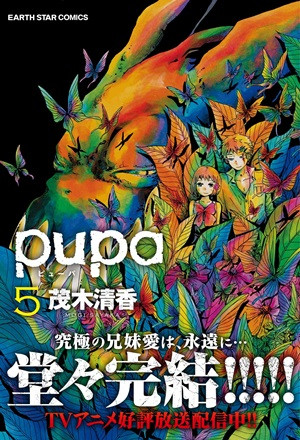 Jacket for the uncensored anime Blu-ray 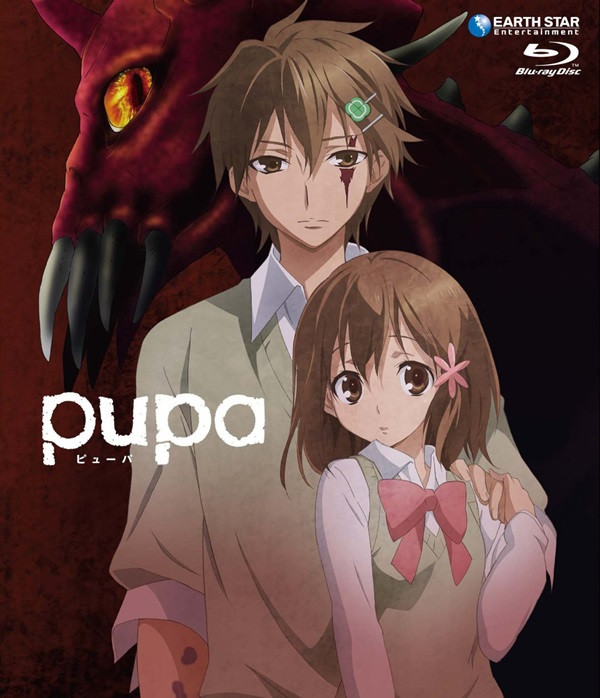