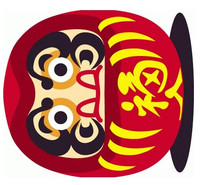 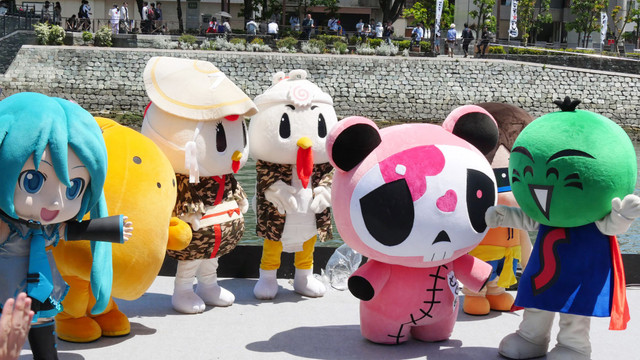 Even though “yuru-chara” means “laidback character”, being a costumed mascot in Japan is tough work, as evidenced by the “Kigurumi Showdown: Daruma-san Fell Down” event that was held at the Machi Asobi 14 event in Tokushima last week. 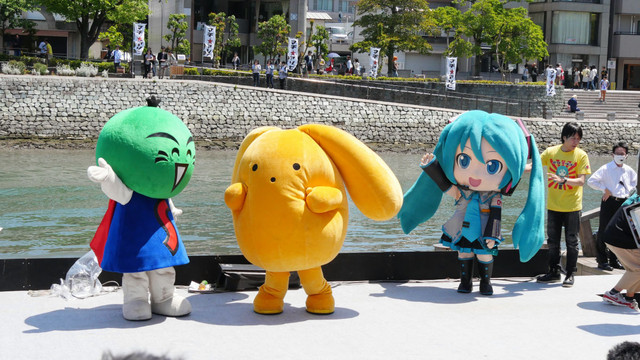 In the event, 9 mascots representing various anime, video games, municipal governments, or local services competed in a fierce game of “Daruma-san Fell Down”. 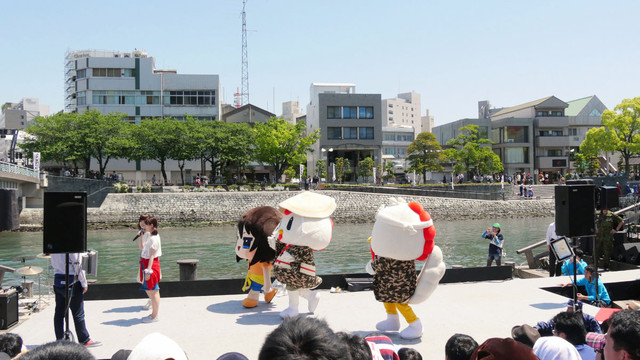 A children's game similar to “red light / green light”, to play “Daruma-san Fell Down”, one player is designated as “it”. This player turns their back and quickly says the phrase “daruma-san ga koronda”. 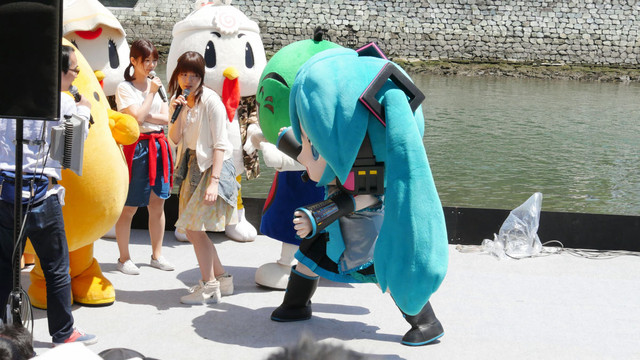 While "it" is looking away, the other players attempt to approach and tag "it", but they must not be caught moving when “it” is looking, or else they are eliminated. The first person to successfully tag "it" without being caught wins the round. 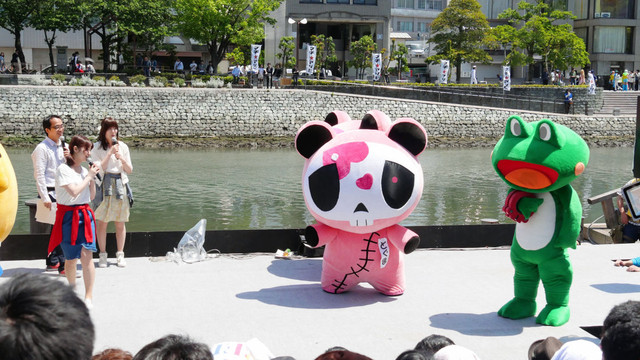 The competition lasted four rounds total and featured such mascots as Mikudayo, Wooser from Wooser's Hand-to-Mouth Life, and Magma and Dogma from Gunslinger Stratos. 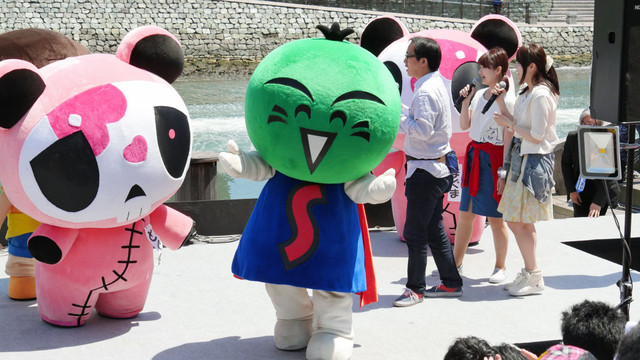 Ultimately, Sudachi-kun, the local mascot of the Tokushima Prefecture won the competition and received a letter of commendation.