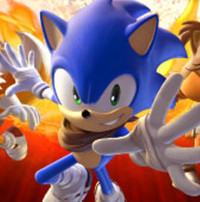 It seems people generally dig the Sonic Boom cartoon, but the video game outings haven't been received too well. Sega's next opportunity to change that will be with Sonic Boom: Fire & Ice, and Sega set a release date of September 27 during their Sonic 25th anniversary panel at SXSW.

While we wait for the next Nintendo 3DS outing, another Sonic-related event looms on the horizon this summer. Sega will hold a special Sonic Live event during San Diego Comic-Con on July 22, so stay tuned for potential Sonic the Hedgehog announcements around that time.