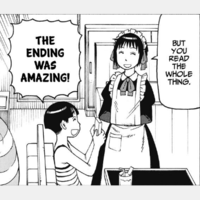 You might member that over the summer, the cover of manga magazine Young King Ours encoded a message concerning Masakazu Ishiguro's 2005 comedy Soredemo Machi wa Mawatteiru with a beach scene featuring a towel on Sherlock wanna-be, part-time terrible maid cafe waitress and full-time fool Hotori Arashiyama hiding the message "four episodes left until the end." That  bittersweet day arrived in the new, December issue of the monthly. And, tonight, it is online at Crunchyroll. 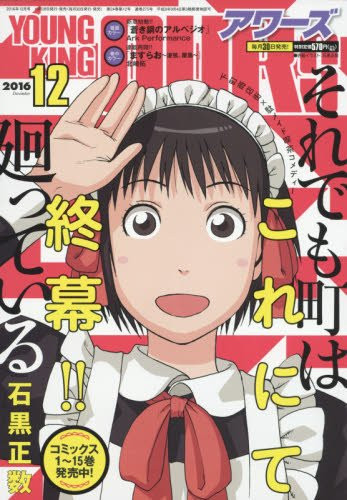 A 2010 anime adaptation was released by Sentai Filmworks under translated title And Yet the Town Moves. 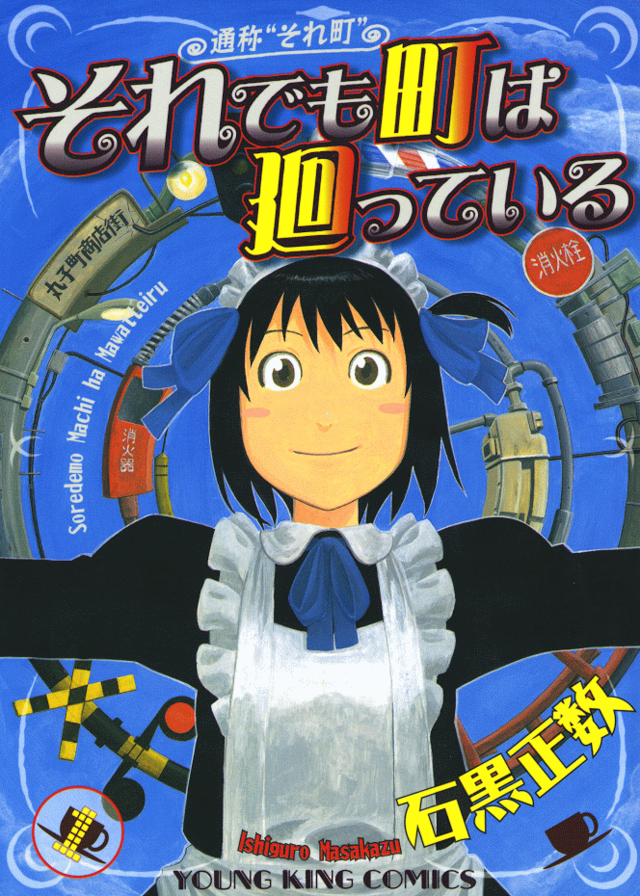 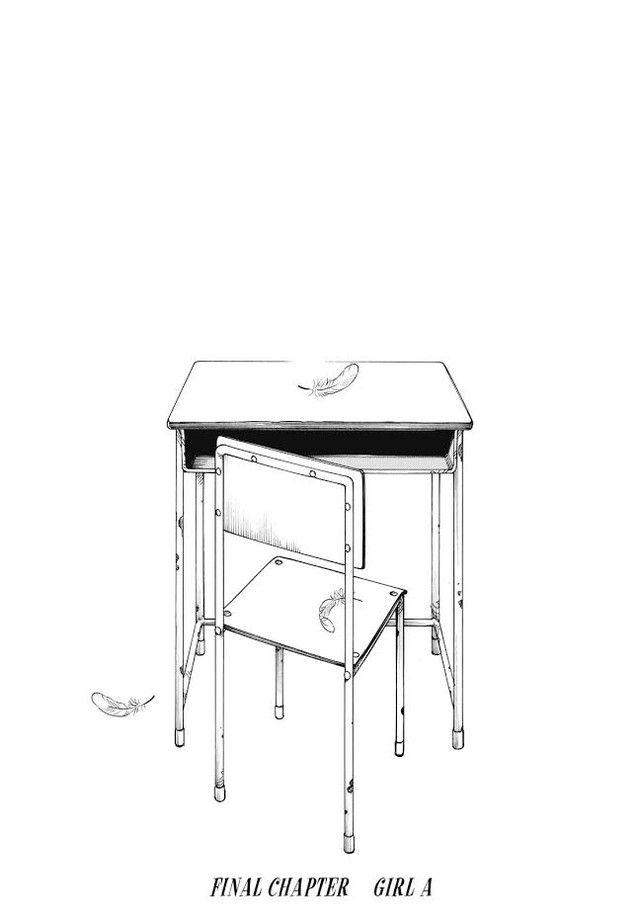