Action-RPG launches in the west in spring 2017 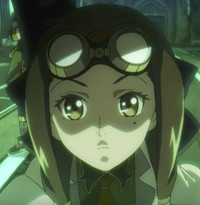 Set after the events of Toukiden: Kiwami, Toukiden 2 was previously announced for an "early 2017" launch in the west. Koei Tecmo narrowed that down a little further this week, and the action-RPG is now set for a spring 2017 launch in North America and Europe.

The short was previously posted without subs back in July, shortly before the game launched in Japan, and prior to that it was teased in small chunks.