It's time for a pair of heroes from Dragon Quest IV 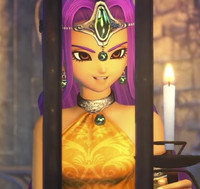 Square Enix is back with another entry in the "Meet the Heroes" video series for Dragon Quest Heroes II, this time focusing on Dragon Quest IV's Meena and Maya.