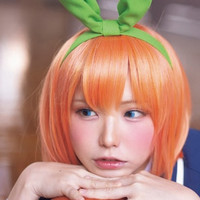 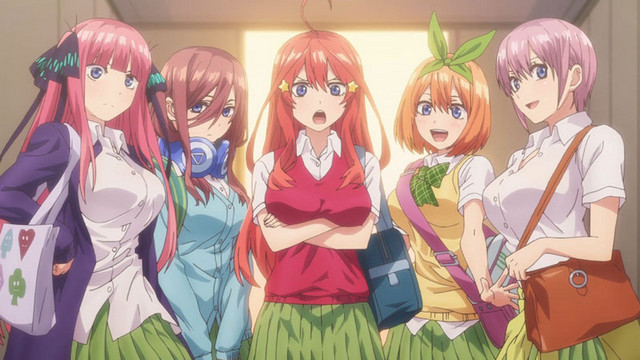 The biggest cosplayer in Japan was featured in the January 22 issue of Weekly Shonen Magazine cosplaying all of the girls from Negi Haruba’s The Quintessential Quintuplets.

Enako, who is well known for being the hardest cosplayer to photograph at Comiket, creating her own “Enako Ring,” wore the casual school outfits inside the magazine, along with a cover image of her as all of the girls in their wedding outfits. 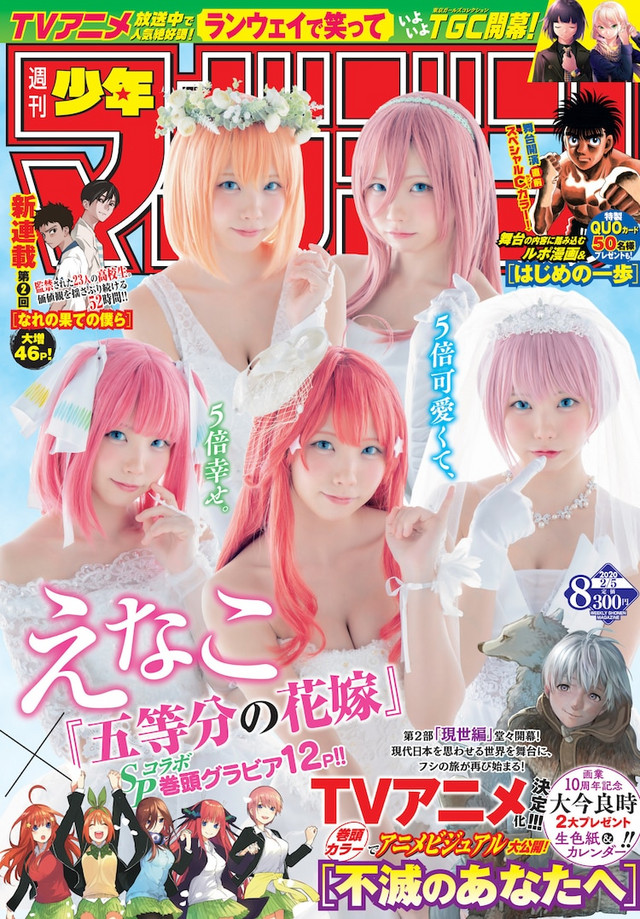 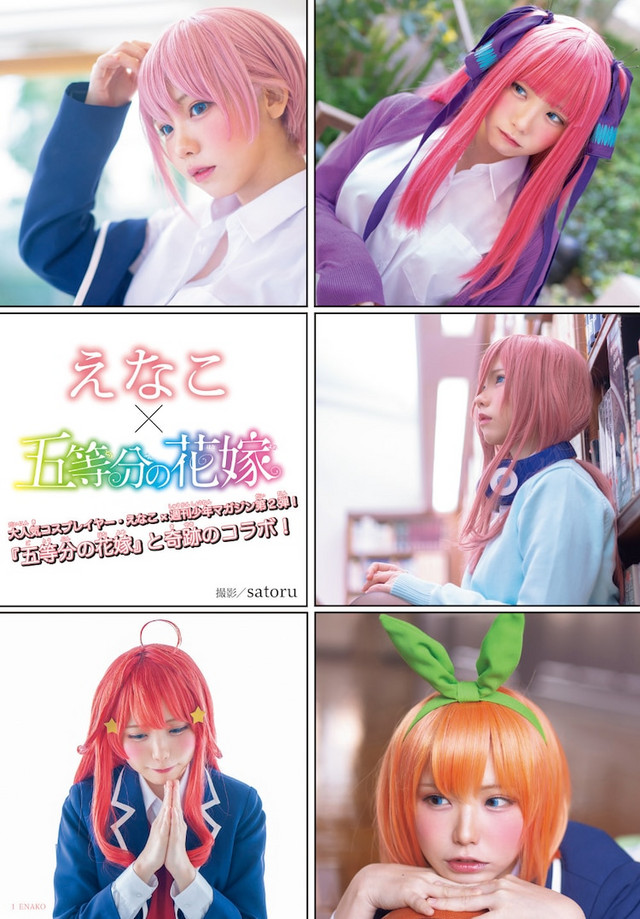 Enako, who makes around 10 million yen (US$91,250) from one Comiket event, lent her face to those of the Nakano sisters—Ichika Nakano, Nino Nakano, Miku Nakano, Yotsuba Nakano, and Itsuki Nakano—bringing each of them to life with their own personalities.

Weekly Shonen Magazine has been publishing The Quintessential Quintuplets since August 2017 and is scheduled to be finishing at the 14th collected volume. The 13th volume of the hit manga series released in Japan on January 17. The first season of The Quintessential Quintuplets TV anime aired in the Winter 2019 season and was streamed on Crunchyroll, a second season has been announced.