EXCLUSIVE: In/Spectre Producer On the Challenges of Turning Manga into Anime 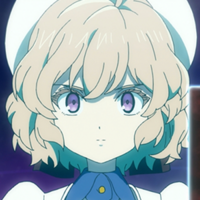 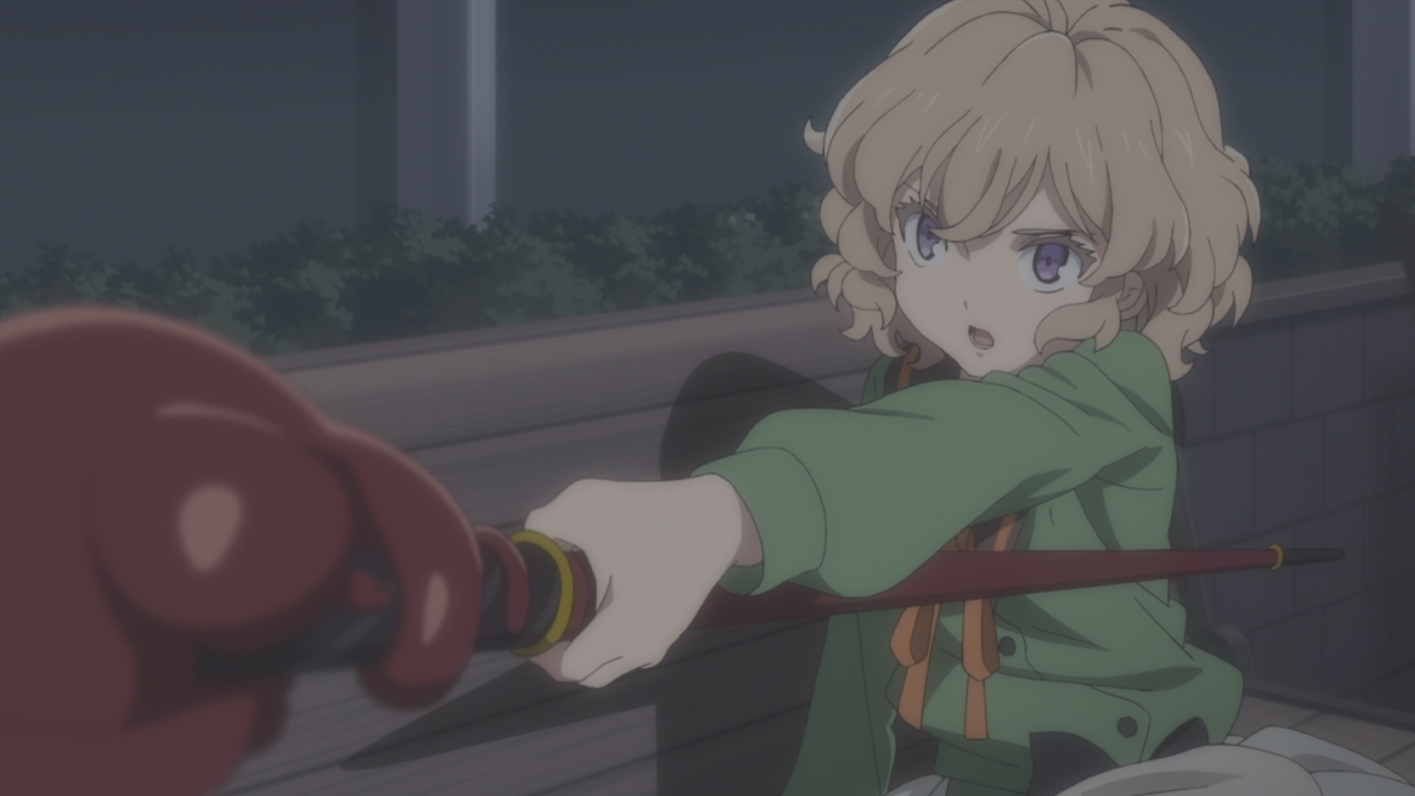 In/Spectre is one of the most endearing and unique series to come out of this season of anime. Kotoko and Kuro are at the center of an intriguing story of yokai, romance, and the power of internet rumors that swept fans up into a world of love and mystery. At last year’s Crunchyroll Expo, we had a chance to talk with Tatsuya Ishiguro, one of the anime’s producers about how the original novels became an anime, how the main characters were cast, and how he became a producer working in the anime industry. 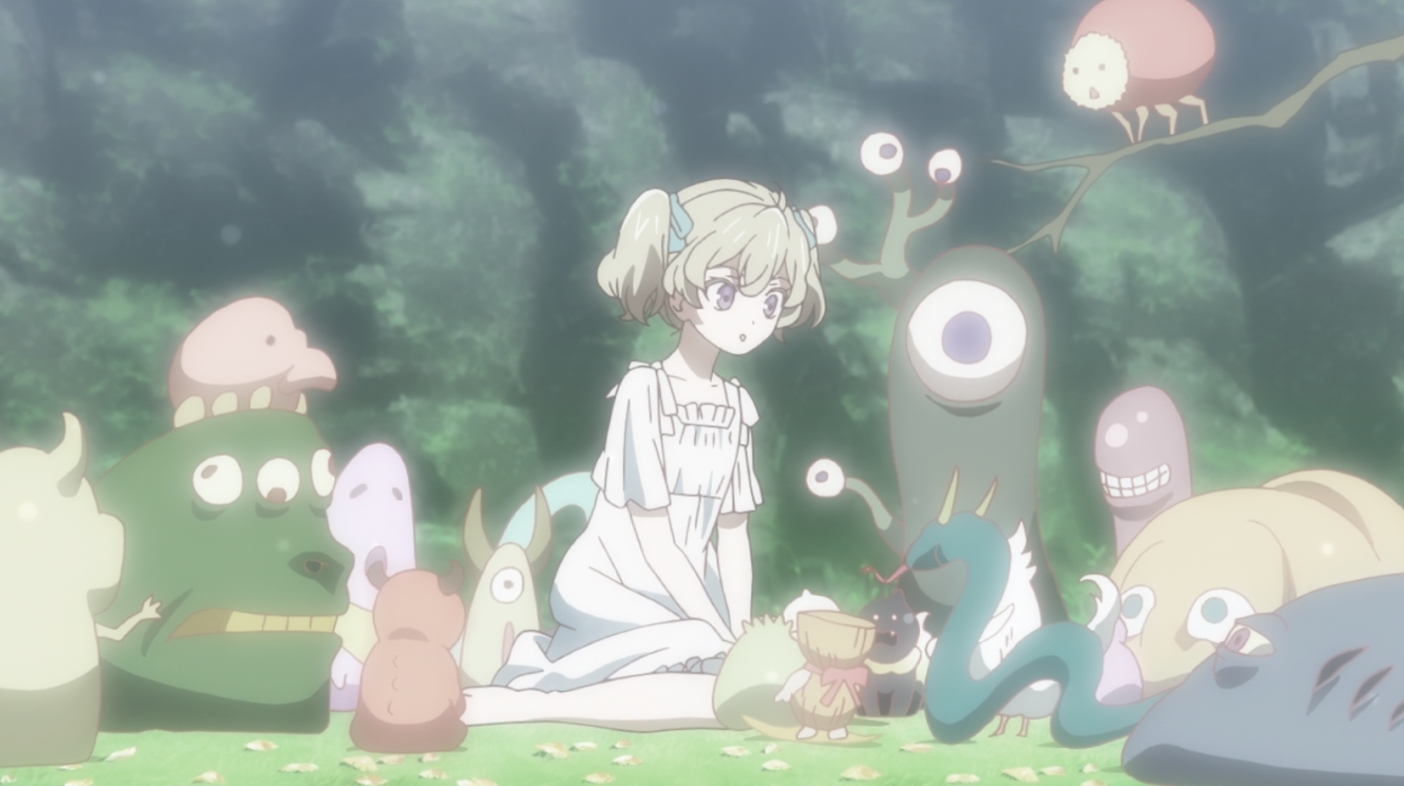 Can you tell us a little bit about your career, and how you ended up becoming a producer in anime?

I wanted to become a creator, but entered the industry with a non-creative role. I kept switching companies and jobs, and then I ended up in King Records and then Pony Canyon, and then eventually I became a producer.

Producers are often very intense roles in the sense that they have to manage so many different aspects of scheduling of recordings, making sure the scripts are coming along and keeping up to date with the animation process. What draws you to this role, as opposed to any other roles in the anime industry?

Again, I wanted to be a creator, but I can’t draw. I can’t really write or act and, I don’t really have any talent in music, so I just ended up as a producer. 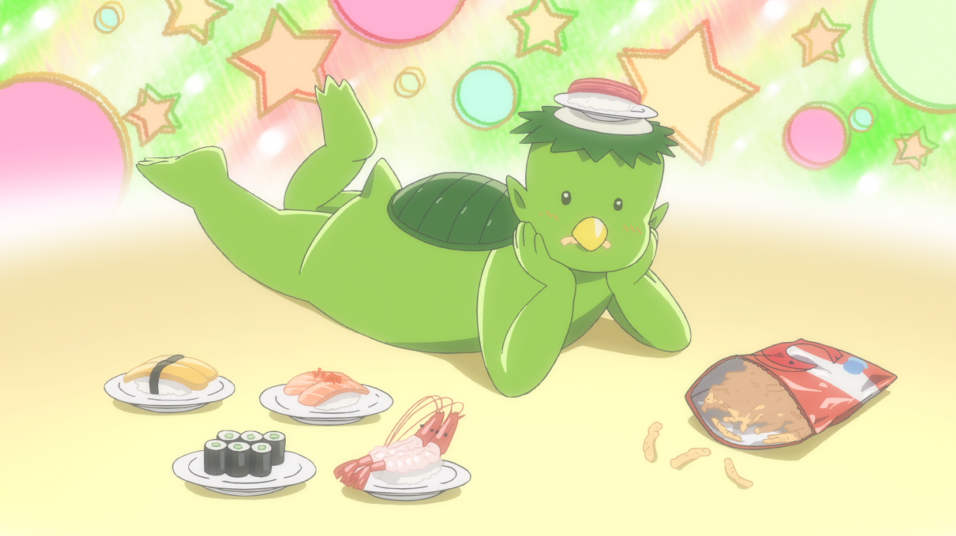 Is there something about the role of producer that you’ve grown to enjoy or that you found to be special?

I get to be involved in all these things. I get to see all the art, I get to look at the script, I get to go to the recordings, but I also get to have input on all of these things, too.

That sounds like a very unique position to be in. To have a broad view of all these different creative processes coming together seems very special.

Personally, I can’t do any of those things in a special way, but I do get to be involved with all of the different aspects, which is special in itself.

Can you speak a bit about how the In/Spectre novel was chosen for an anime adaptation?

This might not be too interesting, but we produce a lot of anime with Kodansha, and Kodansha pretty much asked me, “would you like to make this into an anime?”

Is that a common route for anime adaptations, the book publisher asking for an adaptation to be made?

It’s one of the more common patterns.

Can you tell us a little about the process of adapting a novel into anime?

So, they have a novel for this title, but there’s also the manga version, and the anime draws more on the manga instead of the novel. Basically, everything within the show is adapted from the manga series.

Are there any aspects that draw from the novels at all, or is it completely focused on adapting the manga?

Yes, there is be some stuff from the novel that will be in the anime, as well.

Before we move on for another question, I’m just very interested in hearing: what is the difference in adapting a novel to anime versus adapting manga to anime?

Most of it is the same. The biggest difference is that with the manga you actually have something to look at, visually. With the novel, it may be harder to visualize, so in that case, it lands on pretty much if the creative visualize correctly from the novel. 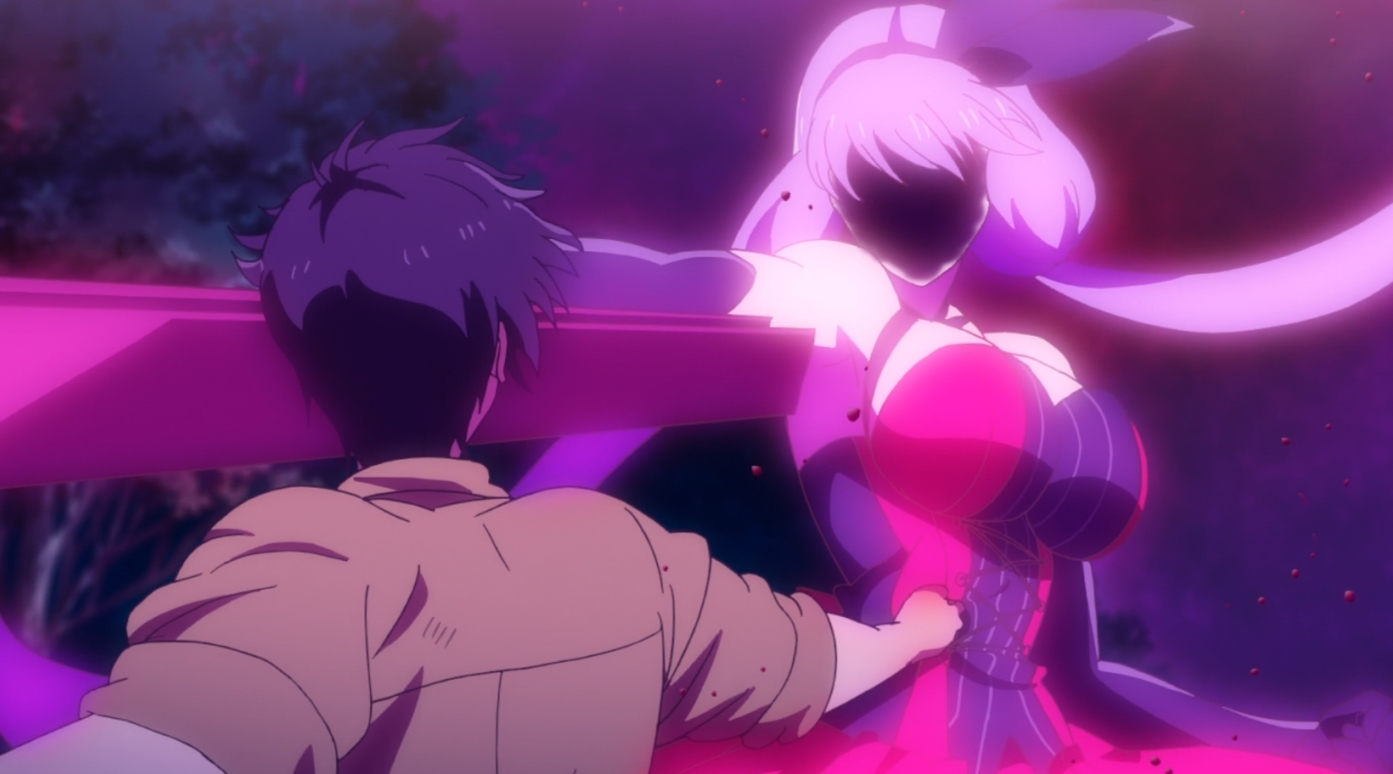 In/Spectre balances mystery, romance, drama, and comedy. Can you talk about the process of adapting these very different tones from the manga to the anime? Was it challenging?

More than the actual story we wanted to focus on the characters, how unique and interesting Kotoko is and why Kuro might be very charming, or why people might find him interesting as well.

It feels like fans really picked up on the character dynamic when they watched the first episode, and it feels like a very very strong driving force. How did your team land on Mamoru Miyano and Akari Kito as the leads for the cast?

Like most anime, it was pretty standard. We had an audition and then landed on those two.

What about them do you think is a good fit for the two main characters?

In the series, Kotoko describes Kuro as a goat, or compares him to a goat, and Miyano Mamoru has a very soft, kind-sounding voice. But also there’s something lingering in the background that’s sort or strange and unique, so it’s perfect.

(Laughter) I very much understand that.

With Kotoko, since this is a mystery series, she generally has very, very long lines, and she talks a lot. She needs a very serious tone, but also she’s able to flip really quickly and have a cutesy tone, and Akari Kito did that really well.

What is the most important thing that you and the rest of your team wanted to convey to the viewers in the In/Spectre anime?

There are battles in this series, they’re not really physical though. They don’t involve magic, psychic abilities, pretty much no weapons. What it is is a battle of lives, and that part is really hard to convey so we worked pretty hard on that.

It’s really interesting and fun to see that play out in the series. 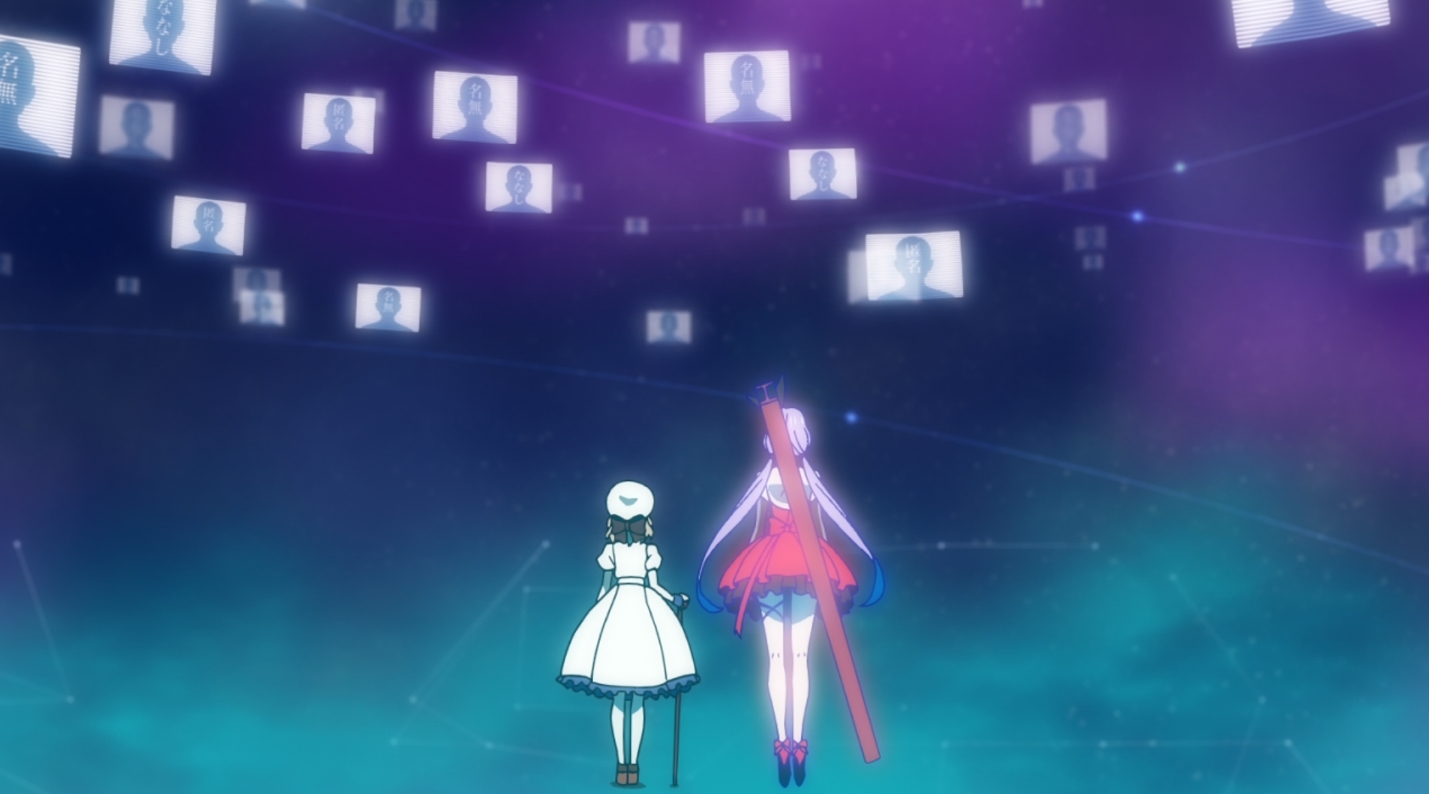 If you could be a producer on any anime adaptation or any novel or manga that hasn’t been adapted yet, which would you choose and why?

I’d love to see that.

Crunchyroll is heavily involved in the In/Spectre anime. With anime fan communities growing all over the world, and companies like Crunchyroll taking a more hands-on approach with anime production, could you talk about how global anime fans and companies are changing the industry?

I’ve been to various cons overseas, like Crunchyroll Expo, Anime Expo, SakuraCon. But right now anime, if it’s just being made for Japan, it’s not really a good business model anymore. And for creators, it’s not very fulfilling. So we do sell to America and Asia, as well as various other countries, and we feel that Crunchyroll is a very special partner because it’s an anime streaming site. They specialize in anime and they understand anime, and perhaps we can look forward to more original content from them.

I’d like to expand on a previous question and go on a little more about In/Spectre.

We did take In/Spectre from the manga, but despite it being a manga, there’s a lot of dialogue and a lot of words, and the staff at first was very worried that they weren’t going to be able to fit all the dialogue in a 30-minute episode. When we adapt something from an original story, usually we can add padding or take stuff off that we don’t feel fits. But for this series, it was extremely hard to cut anything out. So again, we have to drop some stuff, so we’ve been very carefully cherry-picking the absolute best things we can, and we hope that the viewers can actually see that the staff is actually picking the absolute best parts that people will enjoy.

Well, is there any else you’d like to share with Western anime fans before we conclude the interview?

Even now, in Japan 3D animation is getting bigger, it’s getting more commonplace. But this series is 2D and has a very experienced director and a very young animation staff, so I want to show that 2D animation is still appealing. I want people to experience that more, still, as long as I can.

As someone who really loves 2D animation and hand-drawn artistry, I’m very thankful for that. So thank you for keeping this art alive. 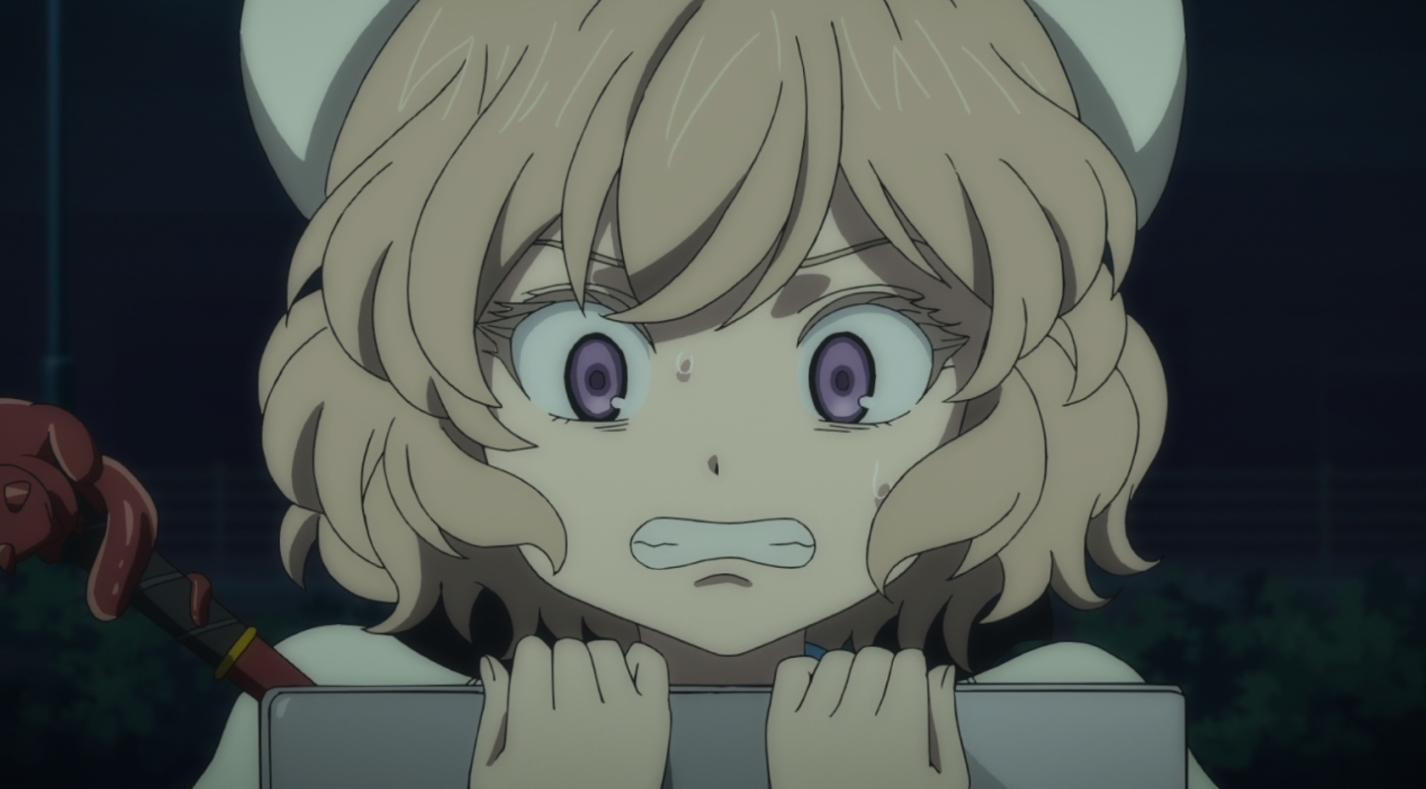