The popular series becomes a puzzle game later this year 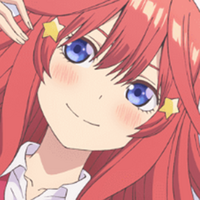 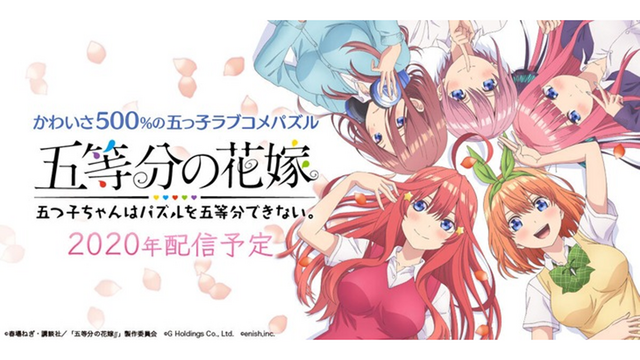 Ever wished you could step into Futaro Uesugi's shoes and tutor the Nakano sisters? A new mobile game coming this year will give you the chance!

The mobile game version of The Quintessential Quintuplets will come from Enish, whose previous releases include the fantasy RPG De:Lithe and a game tie-in for police procedural series HIGH&LOW. So far, all we know is that it will be a puzzle-based game, and will feature the voices of Kana Hanazawa, Ayana Taketatsu, Miku Ito, Ayane Sakura, and Inori Minase as the sisters. 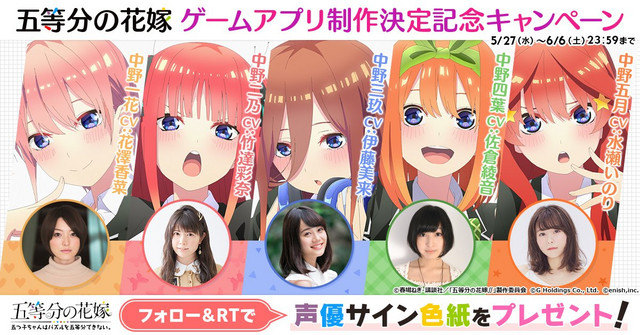 Updates will be available on the game's official Twitter. For now, ther's a simple teaser video:

The Quintessential Quintuplets has been a fan favorite in both manga and anime form, inspiring major events in honor of its five sisters. The manga recently concluded, and a second season is on the way—with its premiere postponed to January 2021.

Who's your favorite sister? Watch The Quintessential Quintuplets on Crunchyroll!