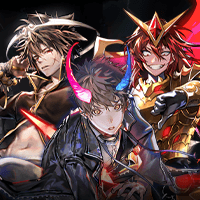 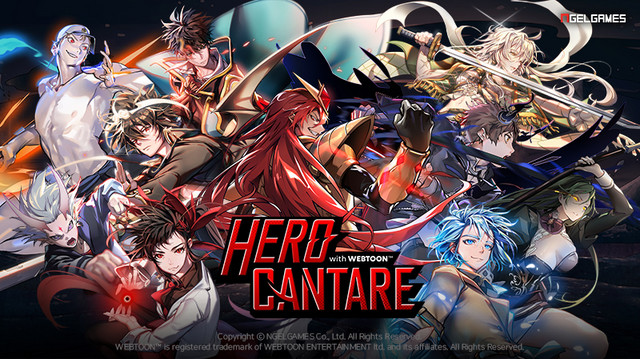 South Korea – May 27, 2020 – NGEL Games is proud to announce the release of web comic crossover RPG Hero Cantare in North America, Oceania and Europe on the Apple App Store and Google Play. The game has seen an explosive reception in South Korea with over 1 million pre-registrations and rising to #1 on many mobile game charts.

Hero Cantare is a brand new game based on the hit Webtoon™ web comics Tower of God, The God of High School, and Hardcore Leveling Warrior. It allows players to experience 'playing' the web comic with their favorite and beloved heroes in a newly imagined world called ‘Tetra’.

Experience rich turn-based gameplay mixed with high-quality 2D art and animation directly inspired by the popular web comics the game is based on, accompanied by a full-fledged soundtrack which enhances the overall experience.

- Story Battle
Explore the vast world of Tetra and level up your favorite hero.

-Advent Boss
Fight the last destroyer of all and win ultimate rewards.

As a part of the launch celebration, those who pre-registered for the game and all of the new players who missed the pre-registration campaign will be receiving all of the same campaign rewards, including a wealth of in-game items such as Bam, Jin-Mori, Hardcore Leveling Warrior in-game characters, an SS weapon, 50 Essence of Dimensions (equal to 10 summons) among other rewards.