Berserk x Mass for the Dead Will Unleash Hell Itself!

The crossover begins on October 1 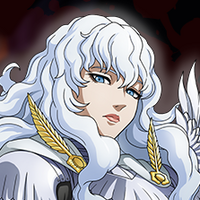 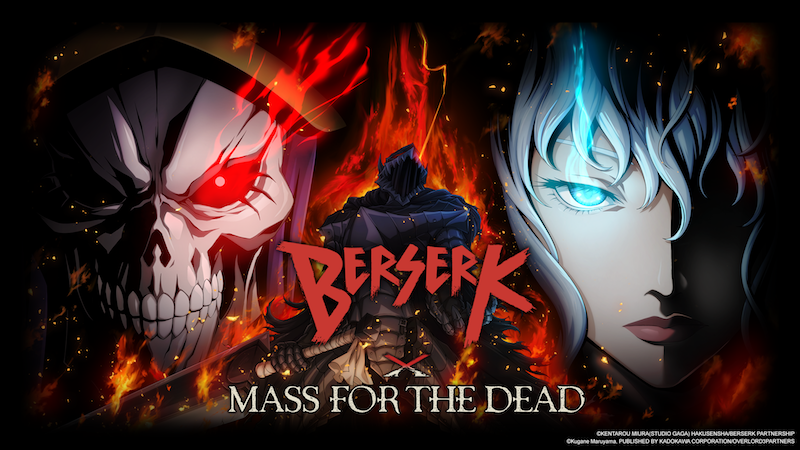 It seems that Momonga cannot sit down for a moment in his beloved Nazarick and get some rest. This time, hell is here to wreak havoc immediately after the end of the last disaster.

Nightmarish monsters came from demonic shadows to reap the lives of every bystander. But from the fog of war a black knight crawled out. He was clad in grim armor and his weapon was too big to be called a sword. Is he human? His sly grin was much more fearsome than the demons he was slaughtering.

A new crossover is close. This time Mass for the Dead will meet Kentarou Miura's TV anime masterpiece: Berserk! Starting on October 1st at 12:00AM UTC until October 31st at 11:59PM UTC, you can play this collaboration event. Through playing the Berserk event and the Berserk missions, players can earn various free rewards including a ★4 Guts unit. Players can also earn a free ★4 Zodd unit by playing the Berserk Assault Field mission starting on October 10th at 8:00AM UTC.

In addition to the free ★4 units, there will be four other ★5 units: Berserker Armor Guts, Griffith, Schierke, and Skull Knight that players can get through a limited summon. 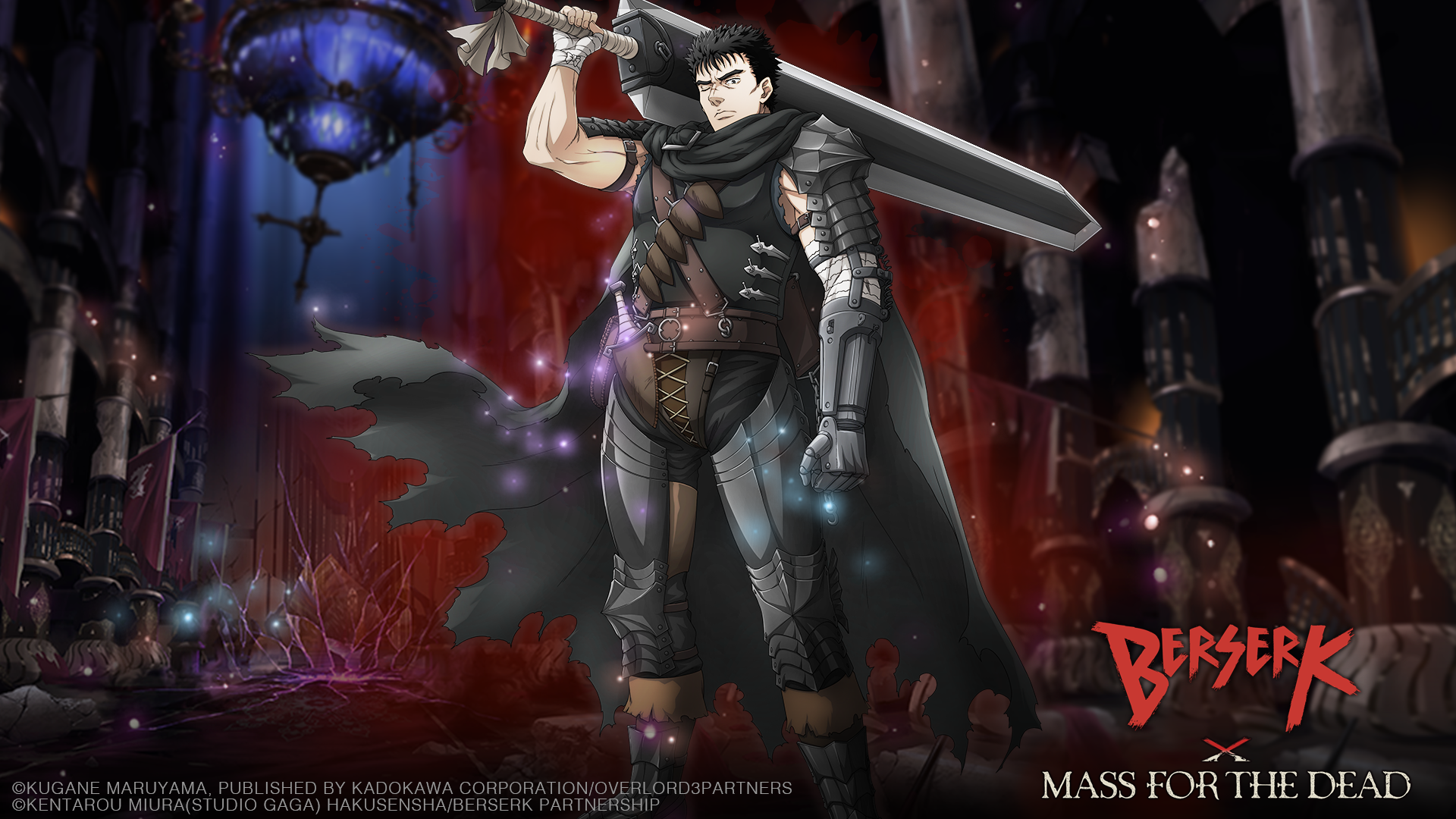 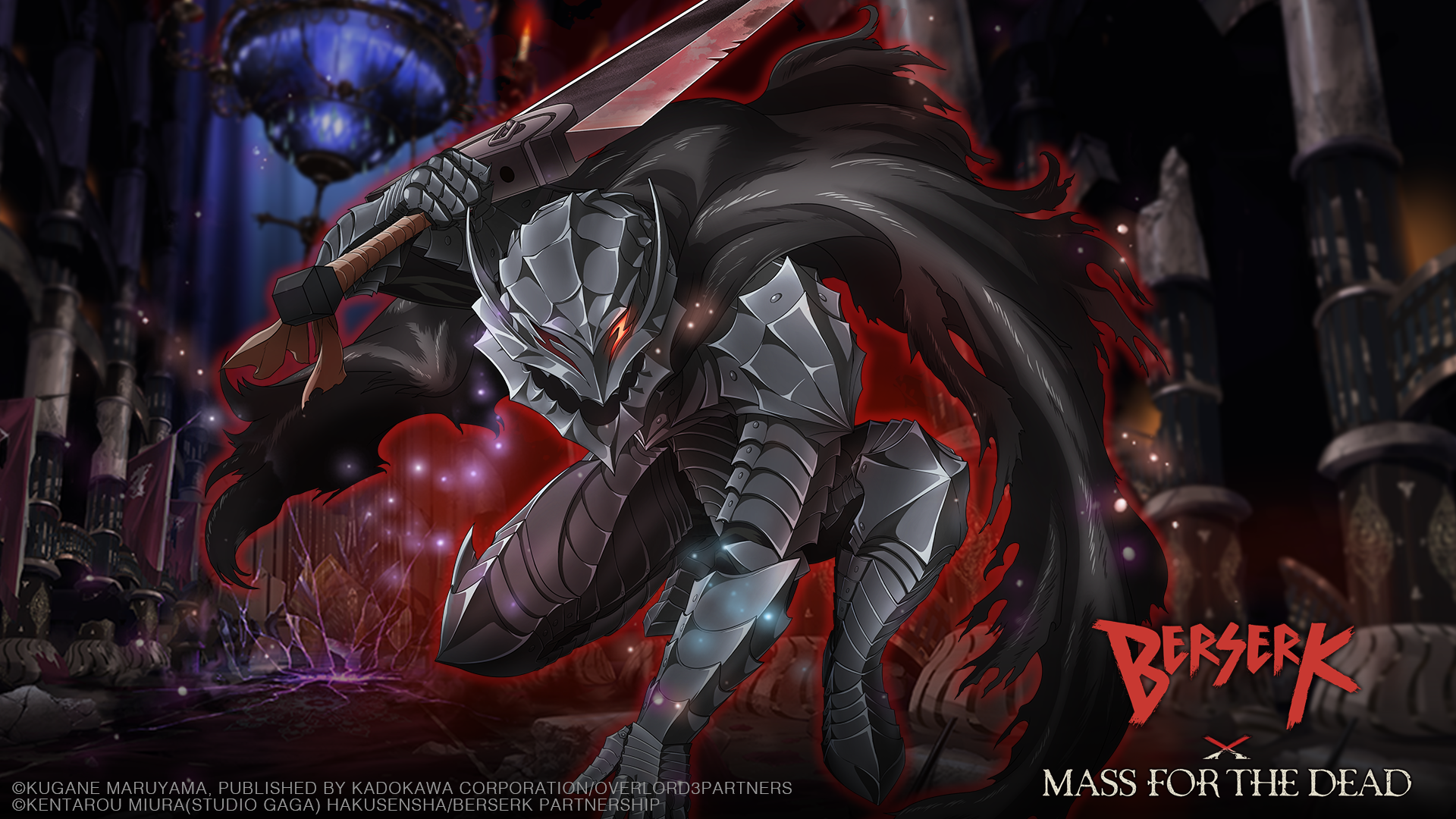 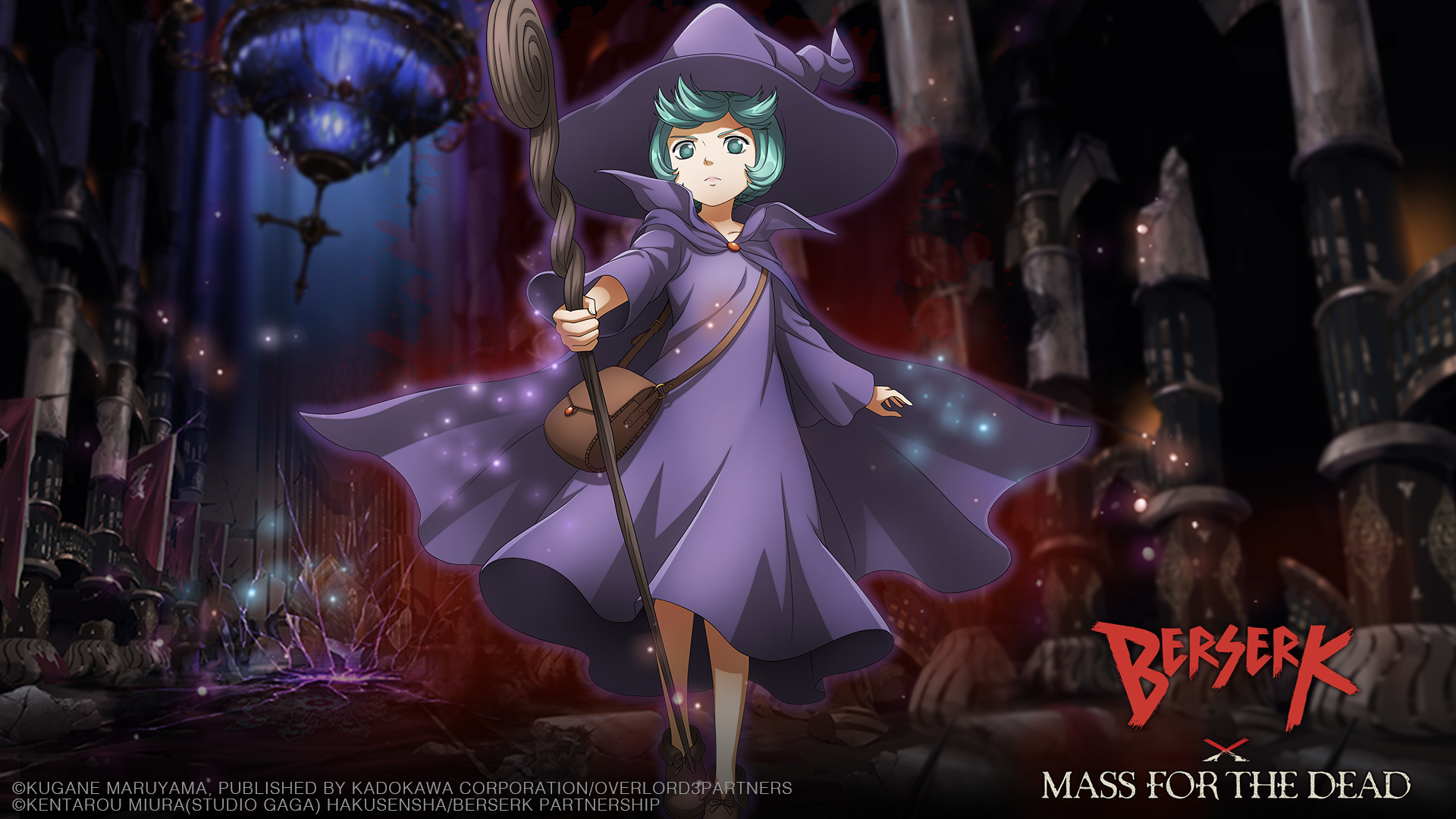 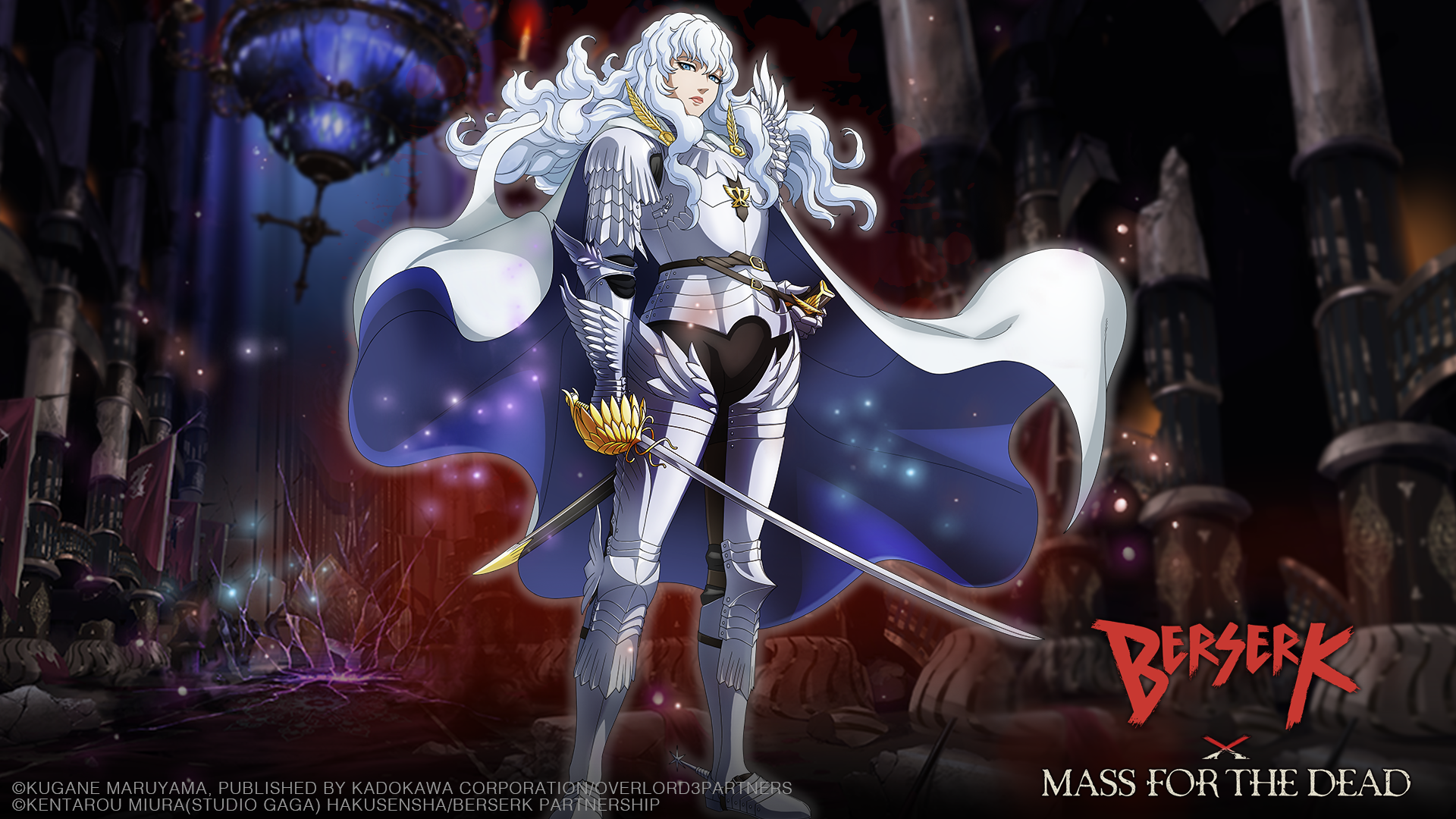 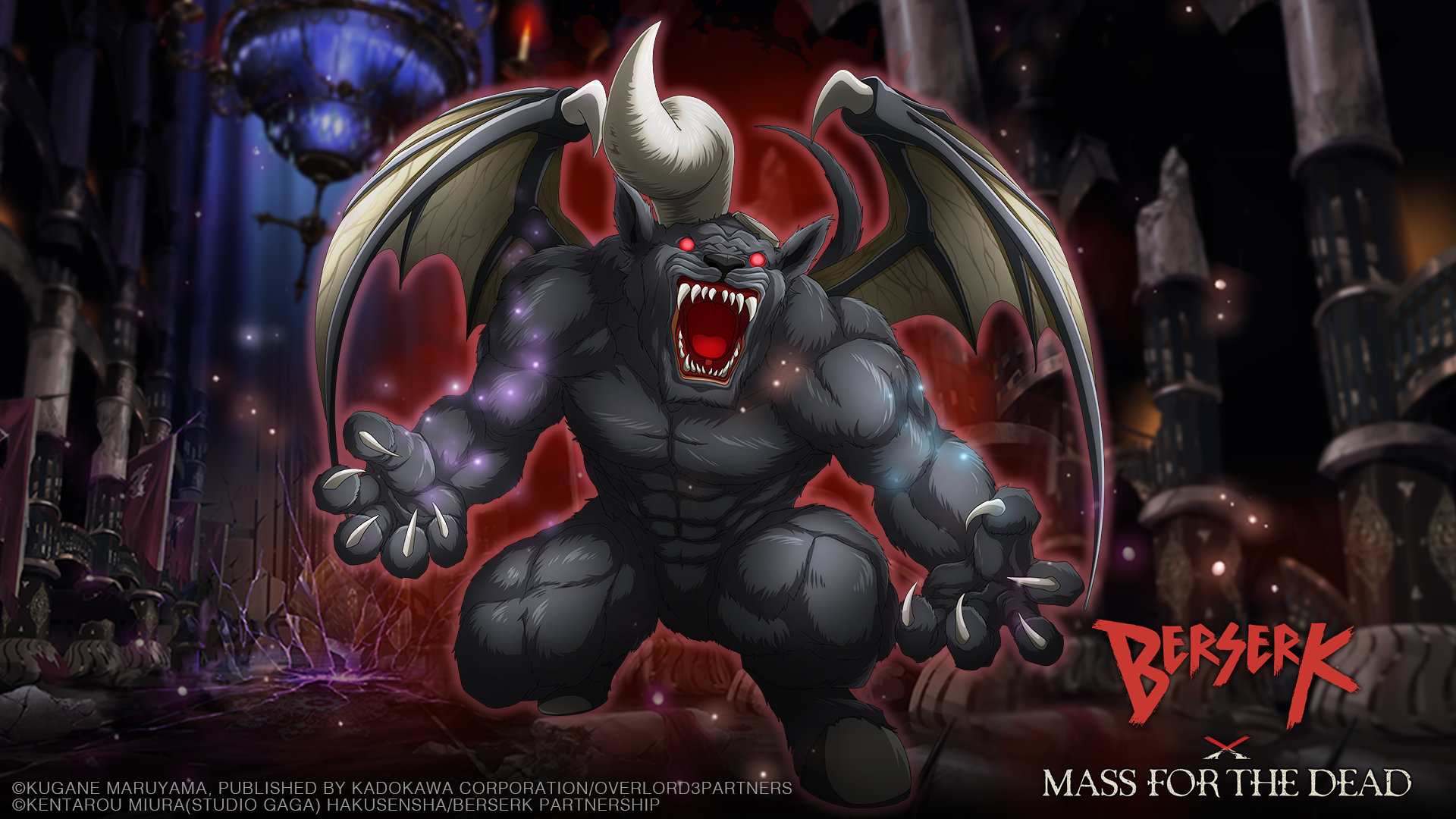 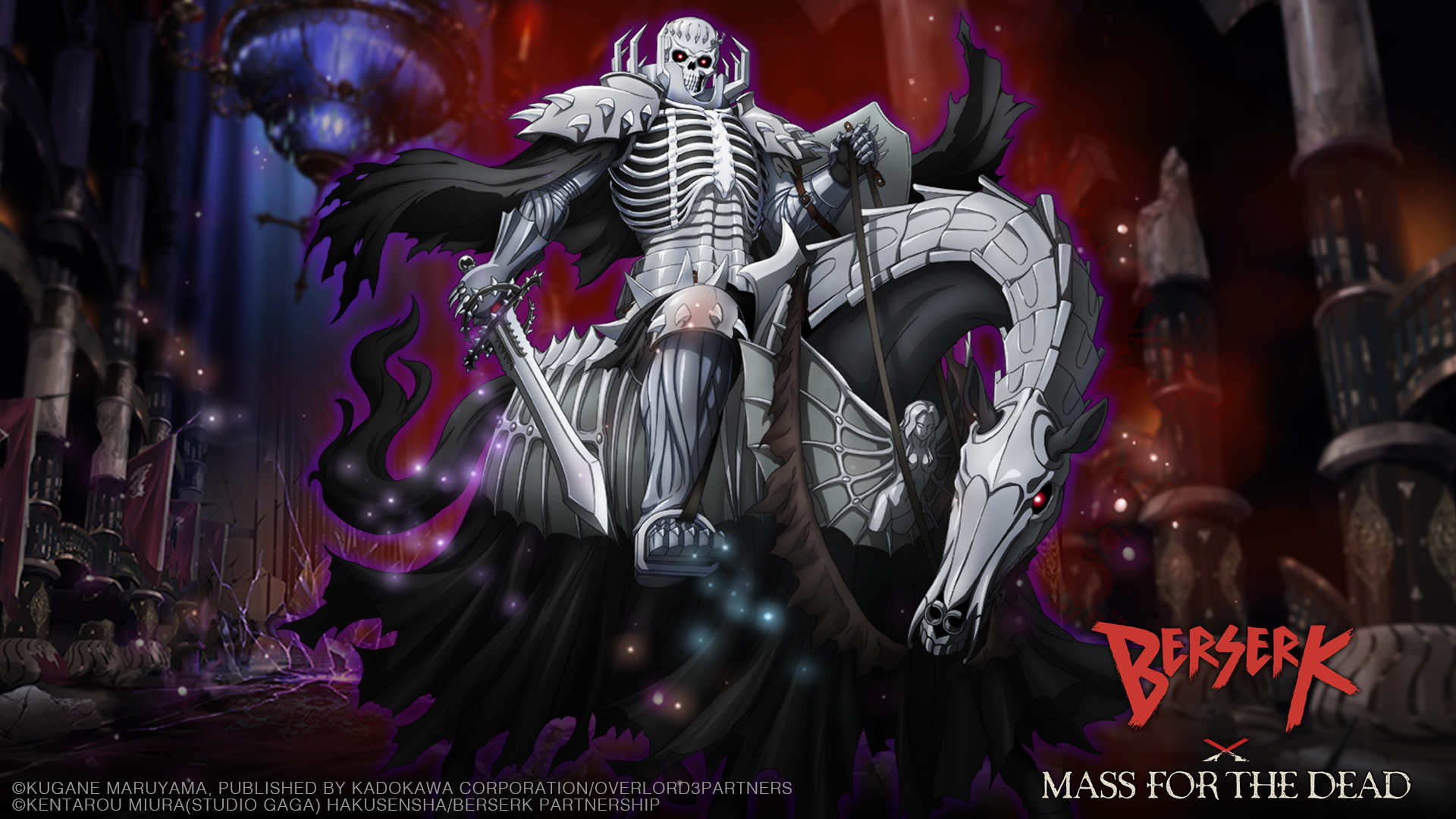 Overdrive: The Sword of Actuation

What will happen to Momonga? “Is he living his dreams in death? Or... is death the end of dreams?”

There's much more to discover, join the Berserk X Mass For The Dead event!

Do you love the somber setting of Berserk? Do you want to slash through enemies like a hot knife through butter? There's another video game you can enjoy: Berserk and the Band of the Hawk.

A deep and engaging story, interesting characters each with their own complex back stories, detailed and powerful visuals, all presented and told by an unmatched creative mind, the series has affected readers minds and lives, all over the world. A world full of Swords, Magic, and Mythical Beasts, centering around the wild adventures of the protagonist Guts, the ultimate Dark Fantasy Comic "BERSERK"(written by KENTAROU MIURA / published by HAKUSENSHA) has sold over 40 million copies globally and had been made into a popular anime series in 2016-2017. "BERSERK" has also been made into an action game "Berserk and the Band of the Hawk" published by KOEI TECMO GAMES.

Berserk and the Band of the Hawk Official Website：

Download Mass For The Dead for iOS and Android 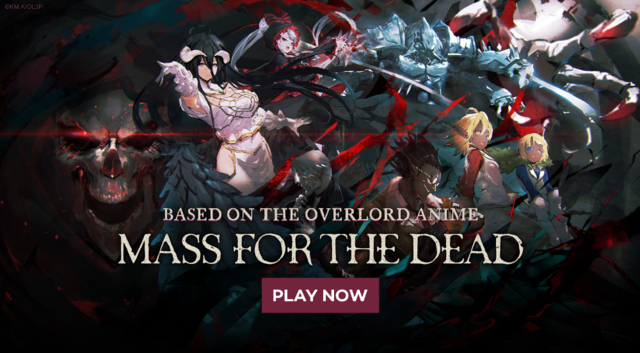