Emilia and Rem join Last Cloudia as new playable characters, along with two new Arks, Beast of the End and Re:ZERO 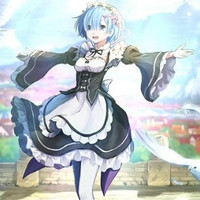 Tokyo, Japan -- September 30th, 2020 Mobile game developer and publisher AIDIS Inc. announced that its popular title Last Cloudia will collaborate with the hit anime Re:ZERO -Starting Life in Another World- from today, September 30th, 2020! Emilia and Rem join Last Cloudia as new playable characters, along with two new Arks, Beast of the End and Re:ZERO. Gorgeous original artwork for these was released at the time of this announcement. 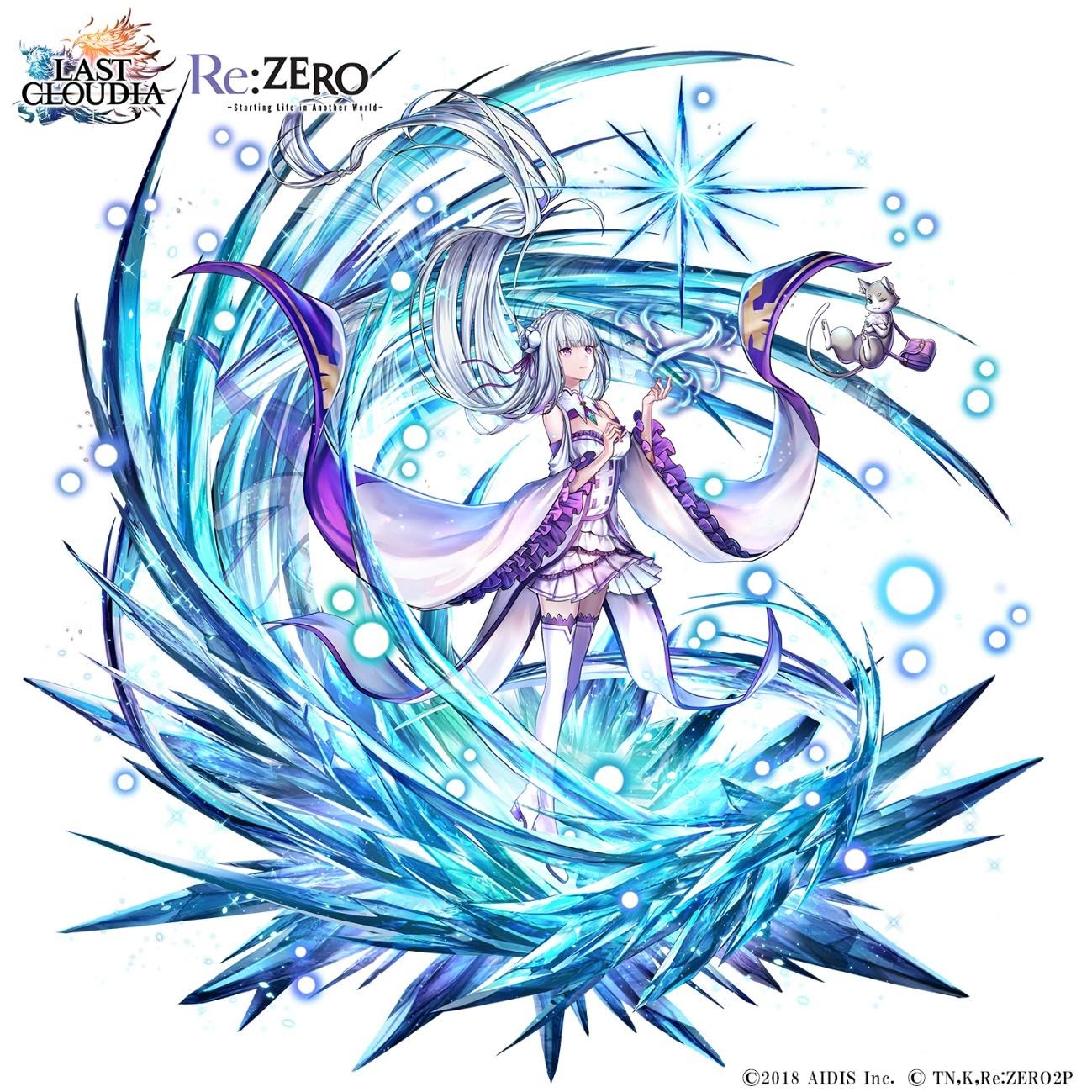 A beautiful half-elf girl with silver hair and purple eyes.

A good-natured girl of a caring nature, but for some reason, she refuses to admit it.

She has a contract with Puck, a great spirit in the form of a small cat who controls fire, and likes to use ice magic via low heat. She has a contractual relationship with lesser spirits, and she is a Spiritual Artist who can use all four types of magic at a low level.

She is one of the candidates for the royal selection to determine the next ruler of Lugnica. However, she is unfairly discriminated against due to her appearance being similar to the Witch of Envy, who once nearly destroyed the world. 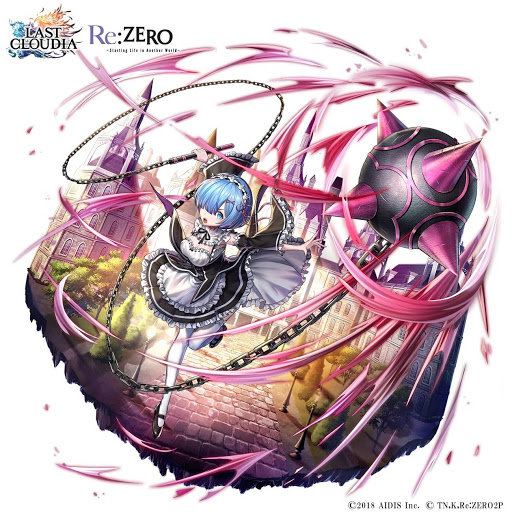 A talented maid who takes care of miscellaneous duties at the Roswaal mansion.

While she was completing tasks at the Roswaal mansion, a young man named Subaru was carried in. She has a genteel sarcasm, but her competence is quite literally what keeps the mansion functioning.

She looks up to her twin sister, Ram, and is merciless to anyone and anything that she deems a threat. When doing so, there is a possibility that she will go out of control due to her emotions. Proficient in water-based magic and is physically strong due to being a part of the Demon Bloodline. Her preferred weapon is a Morning Star that she can proficiently use in battle. 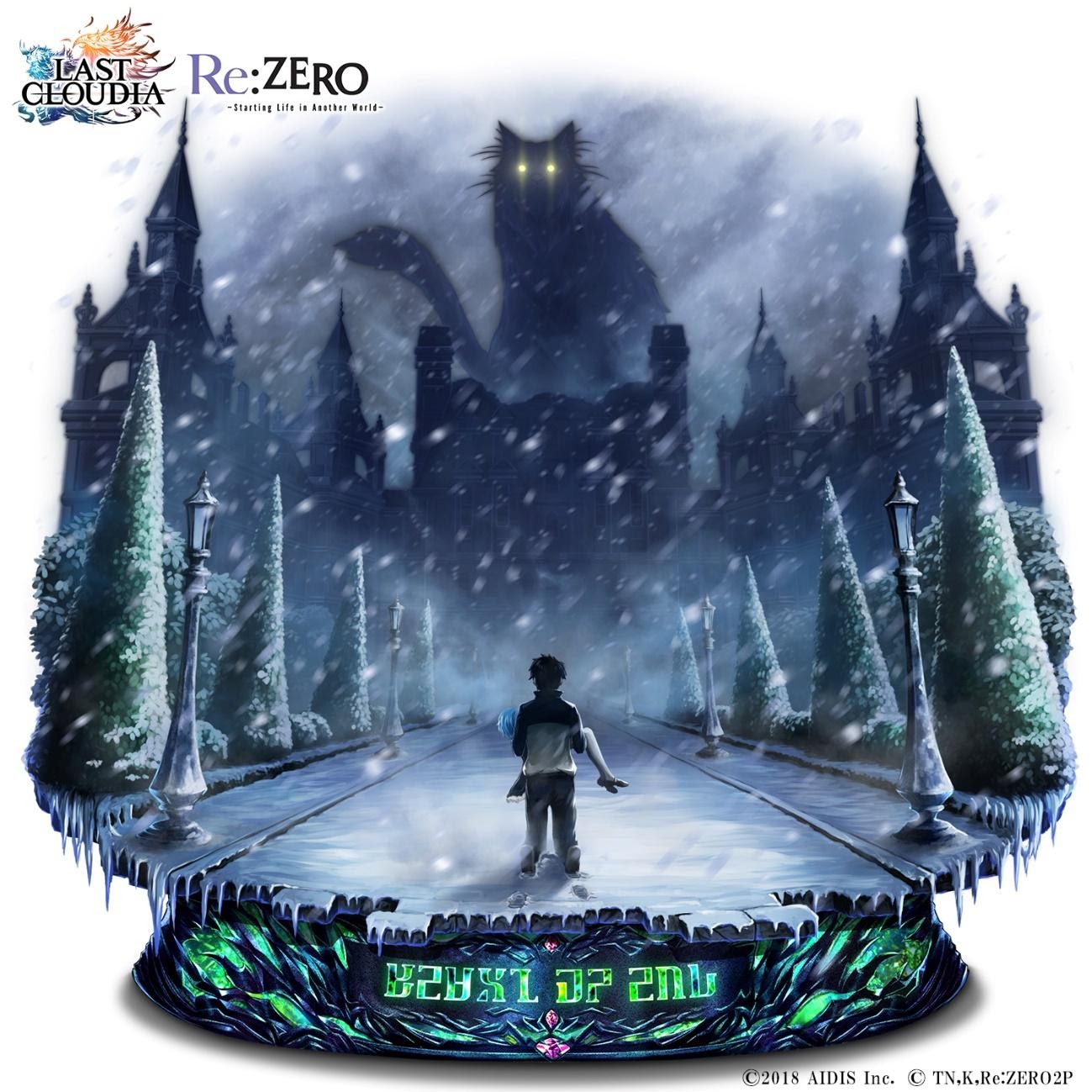 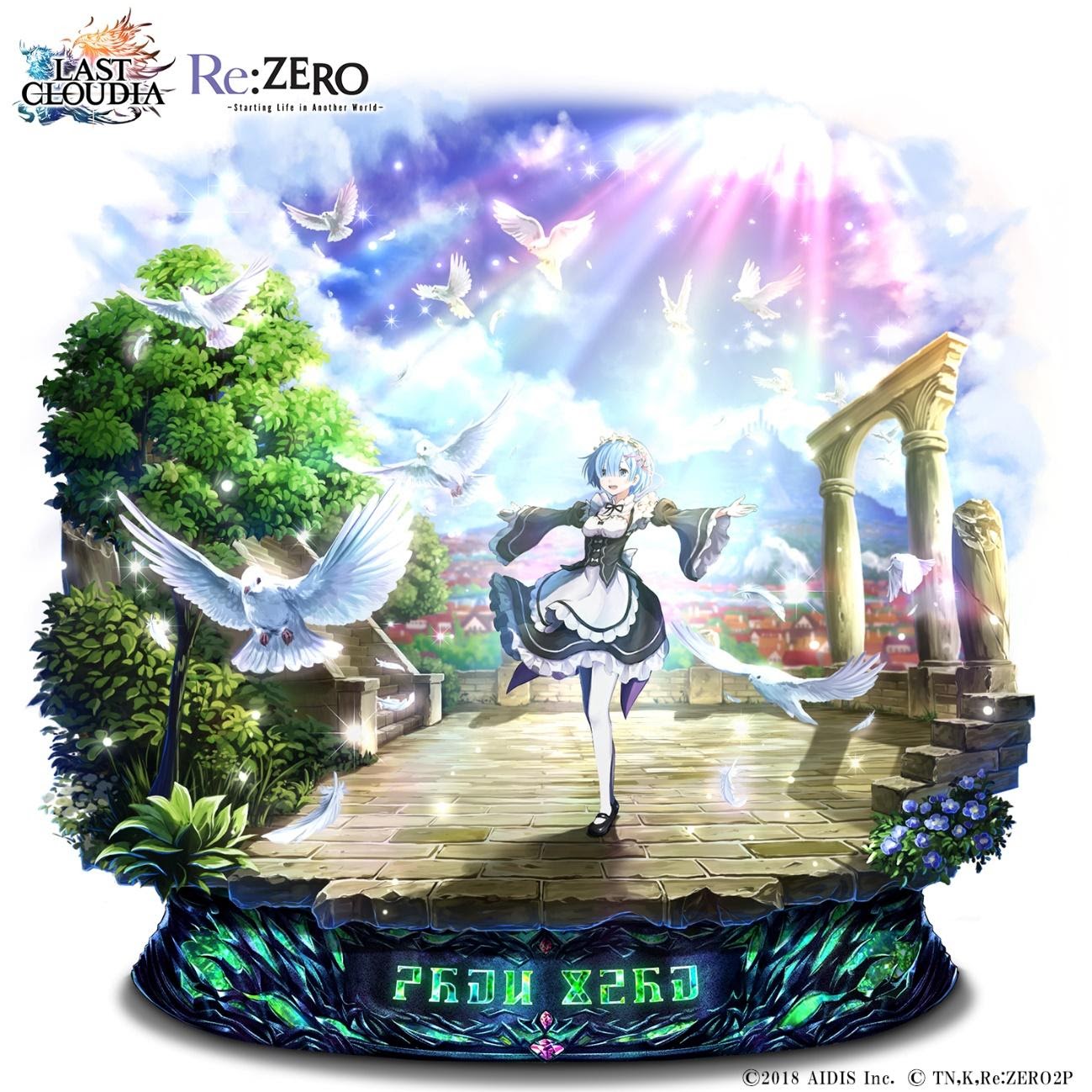 This collaboration features limited-time event quests with beloved characters from Re:ZERO -Starting Life in Another World-. The collaboration between Last Cloudia and Re:ZERO -Starting Life in Another World- is accompanied by special login bonuses and limited-time events from September 30th. Fans of the anime or roleplaying games won’t want to miss it.

The tale of the bond between Man and Beast.A world where humans and beasts coexist, Granzelia.

The war started by the God of Ruin has passed and humanity is now living in peace. However, things start to change when the 12th Division of the Knight Brigade was given a mission to rescue a young woman.

Kyle, a young hot-blooded knight, and Rei, a fearless beast boarded a skyship of the Empire.

What they didn't know was...

Their choices would change the world.

・Film-worthy score that adds to the magnificent story.

Not just the pixelated characters, but together with the camera work, unique 3D environments and the BGM, the story unfolds!

・Experience tension and the adrenaline-rush of battle!

Feel more connected through the exclusive real-time battles! Enjoy the super-flashy moves and the adrenaline rushes while going against the boss monsters!

Tired of those strong characters whose personalities don't actually appeal to you? With our character growth system, all characters in this game have equal opportunity to become the strongest of the party. It's just all up to you how you raise the stats on your favorites!

・Challenge other players in PVP with your strongest characters!

The arena has been prepared as the stage for PVP duels.

No two characters will have the same stats!

Customize your favorites to make your ultimate party and battle your way to the top!

They're heard in battle, but you can also enjoy the characters coming to life through the home screen and when their abilities are enhanced!

Apple, the Apple logo, iPhone, and iPad are trademarks of Apple Inc.,registered in the U.S. and other countries and regions. App Store is a service mark of Apple Inc.