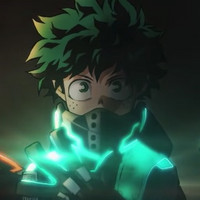 UPDATE: Added info from the press release about the special manga booklet bonus. 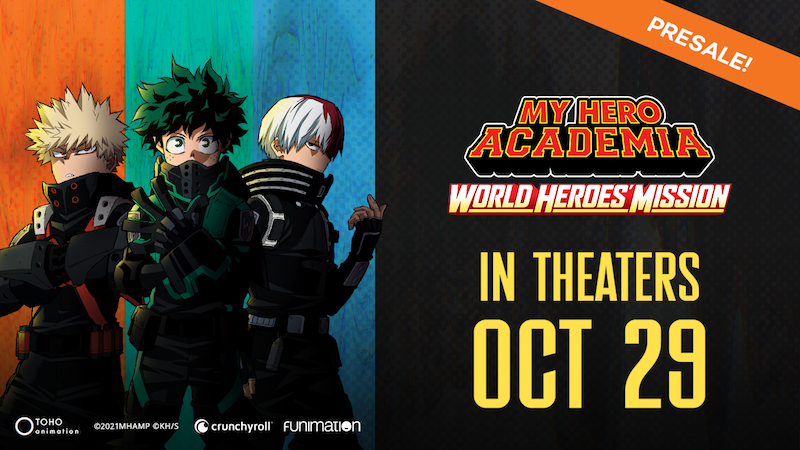 The latest feature film based on Kohei Horikoshi's Plus Ultra smash hit My Hero Academia is on the way to theaters in the United States, Canada, UK, Ireland, Australia, and New Zealand, and pre-sale tickets officially go live today. Following the theatrical premiere in LA on October 26, My Hero Academia: World Heroes' Mission kicks off its run on October 29, and you can check local theaters and pick up your tickets right now.

As a bonus, Funimation plans on giving away a My Hero Academia: World Heroes' Mission Vol. W Specialty Manga Booklet to ticket holders in the United States and Canada on opening weekend, while supplies last. The 76-page booklet is limited to one per ticket holder, and includes a look at the making of the movie, as well as original drawings of the characters author Kohei Horikoshi created for the feature, a Q&A, and a special manga.

When a sinister organization threatens to wipe out all superhuman powers, the fate of the world is on the line. With two hours until the collapse of civilization, Deku, Bakugo, and Todoroki manage to work as a team, but there’s still one problem. Deku’s on the run for murder. 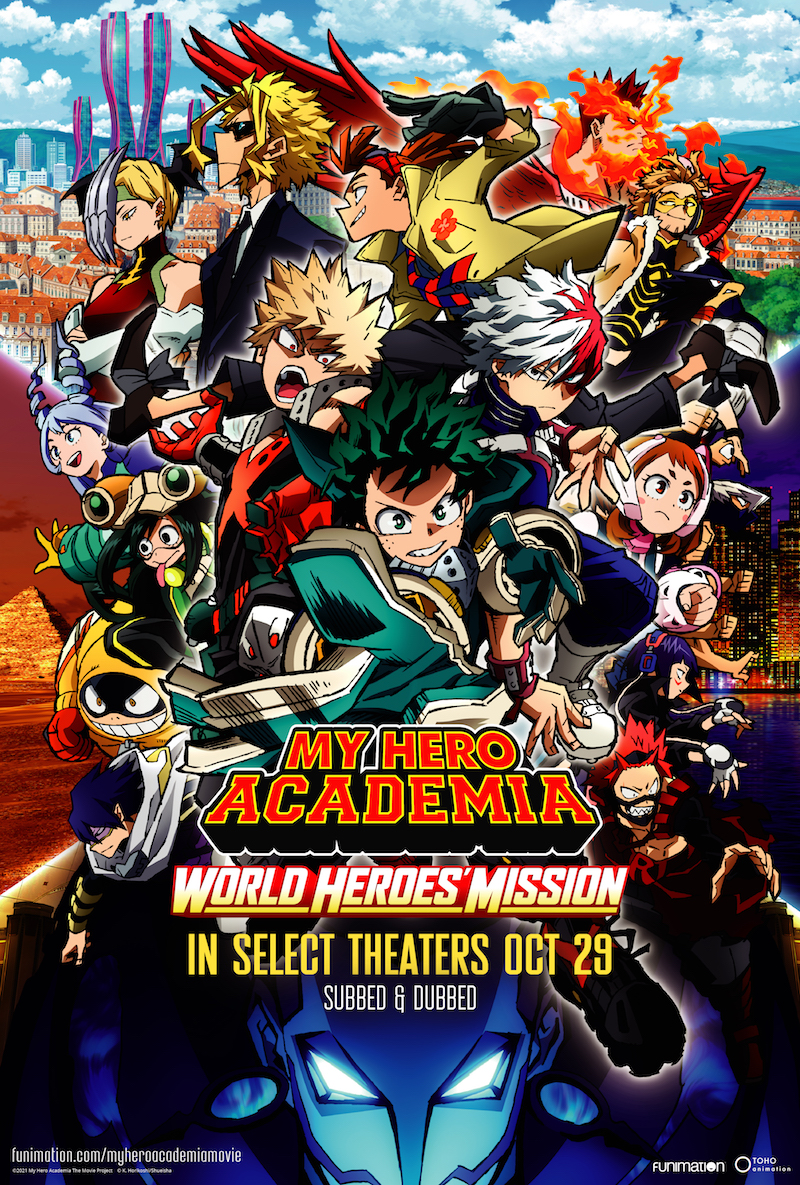 My Hero Academia: World Heroes' Mission opened in Japanese theaters on August 6, and went on to destroy series' records to become the most successful My Hero Academia film yet.