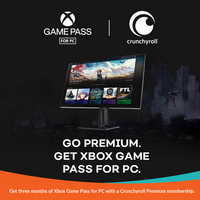 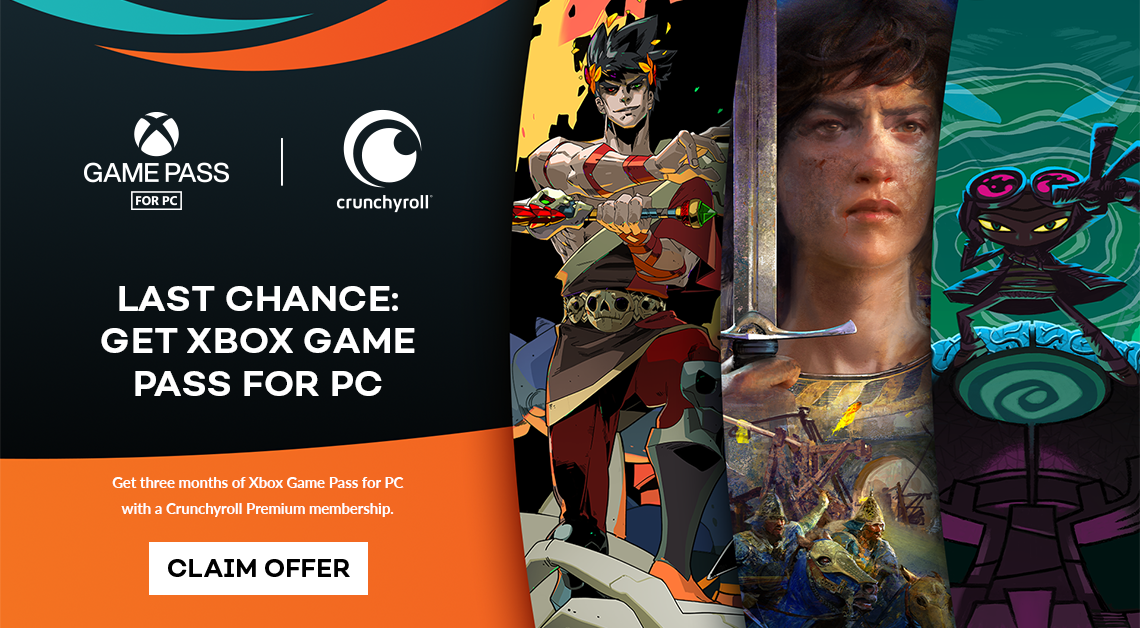 In August, we announced that Crunchyroll officially teamed up with Xbox to offer our users three months of Xbox Game Pass for PC, and that offer is endiing soon! XBox is currently offering XBox Game Pass to both current Crunchyroll Premium subscribers and new users who begin a Crunchyroll free trial worldwide outside of Asia until October 31, 2021. Be sure to hop on this opportunity before it's gone!!

To see if this promo's available in your region, click here.

This Xbox Game Pass partnership opens up access to a bunch of amazing games to Crunchyroll Premium users, including: