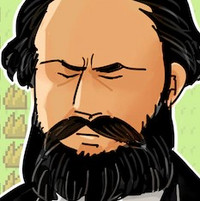 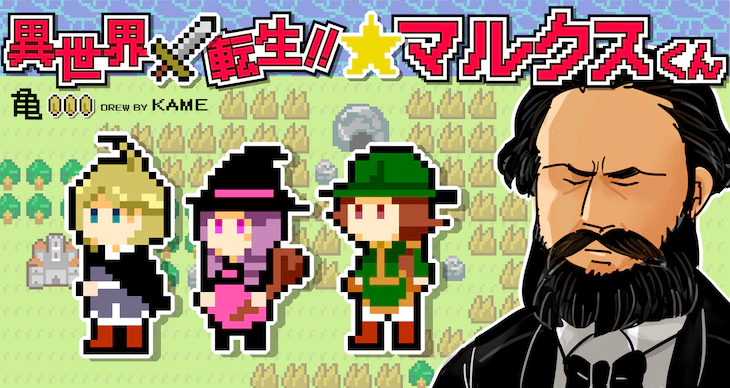 The web manga service Saizensen has started publication of a new short manga by author KAME, known for humorous takes on historical figures and events for educational value, of a new educational comedy manga where noted German philosopher and author Karl Marx is transported to a fantasy world and ends up teaching the inhabitants about the principles of capitalism, while dealing with the trials and tribulations of being in a medieval world with magic and fantastic beasts. The manga, Isekai Tensei! Marx-kun! is now being published on the dedicated Twitter 4koma account Twi4 by publisher Hoshikaisha as well as the official page on Saizensen.

This is not the first time the author has tackled history with humor, as their previous work, another 4koma series that put a lighthearted spin on historical figures from Japan and Europe, was full of the same humor and educational intent. If only more manga authors had the insight to present history in such a lighthearted and jovial fashion, history class would have been a lot more interesting.