A fresh take on the typically light-hearted light novel formula 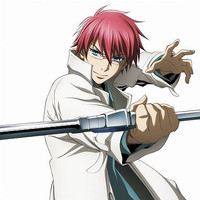 Dances with the Dragons isn’t your typical light novel.

It’s a relic of an earlier era in a certain sense. The series was originally published between 2003 and 2006 by Kadokawa Sneaker Bunko, back in the Haruhi Suzumiya days. Dances with the Dragons drew a lot of inspiration from supernatural battle stories with over-the-top fantasy motifs—the kind of stuff that I suppose would be referred to as “chuunibyou” these days. The story was later rewritten and continued under a different publisher from 2008, and is still being serialized today with very little changes to its essential formula. 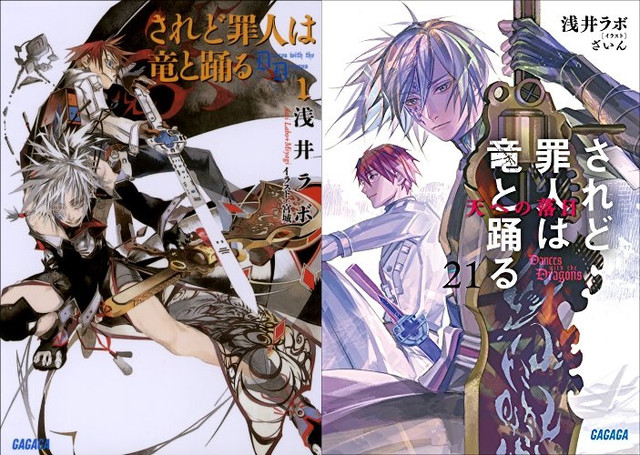 As a result of its longevity, Dances with the Dragons stands out in today’s light novel landscape. There are no cute girls on its covers. The story is about two handsome young men who battle against dragons and become embroiled in political intrigues. The setting and aesthetic are consistently dark and bleak, with ruined towns and debris a common sight. It’s the kind of story you’re more likely to encounter in a manga than a light novel.

What makes Dances with the Dragons stand out is how dark it is. It’s kind of like the Berserk of light novels. The series is famous for its sex and gore, to the extent that many fans were genuinely surprised when it got an anime adaptation. The themes of the story are heavy, too, often focusing on the cruelty and unfairness of the world. The series stood out enough to win the Sneaker Grand Prize, but it’s not for everybody.

So how well will the anime convey the appeal? With twelve episodes, the anime will probably cover only a portion of the overall story, but the trailer focuses on the foundation of the series: the dragon fights. The shots shown in the trailer are effective at conveying how intimidating the dragons are. You never see a full shot of them, which gives them an air of mystery, and the shadows obscure their features as well. The trailer also shows a brief glimpse of a gruesome death, implying that the violence will be a main component of the story here. 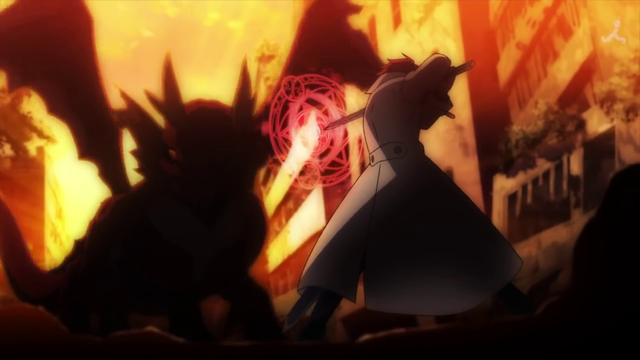 Of course, there’s more to the appeal of Dances with the Dragons than its grimdark plot; the two handsome male leads are definitely a part of it as well. Over time, the character designs in the light novel have been settling on a more “bishounen” look, and in the anime they’re played by high-profile actors, too. When you’re trying to portray handsome guys, you can’t go wrong with Free! voice actors. Nobunaga Shimazaki (who played Haruka) is playing Gayus, while Yoshimasa Hosoya (who played Sousuke) is playing Gigina. Dances with the Dragons isn’t a BL series—Gayus’s girlfriend will appear in the anime—but the conflict and tensions between the two male leads are a key focus of the series.

Overall, Dances with the Dragons is going to be a different light-novel-turned-anime experience than what you may be used to, but there is one aspect of the series that will probably strike you as familiar: the blend of science fiction and fantasy. The story revolves around "jushiki" (lit. spell equations), which are the equations that govern the quantum constant "h" of action. They can change the laws of physics at the local scale, produce explosions and poison gas, and even cause plasma and nuclear fusion. Like in many light novel worlds, magic has been refined into a science, and Dances with the Dragons is notable for going into a lot of detail about how the battles work. The chief director of the series, Hiroshi Nishikiori, also directed A Certain Magical Index; he has a good track record when it comes to condensing complex and esoteric exposition into fun and accessible anime.

The light novel of Dances with the Dragons doesn’t have an English translation, which may be why it has slipped under the radar in a season packed with so many big hits. As far as Japanese light novel readers are concerned, however, this series is quite famous. In fact, it is one of GAGAGA Bunko’s top series at the moment. Although I have not read the light novel myself, its reputation has made me interested in checking out the anime. If you’re looking for a dark fantasy show this season, this may be your thing.