The beautiful OVA is an honest approach to yuri! 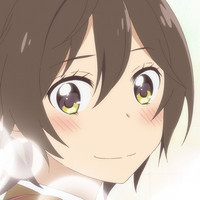 The first thing I noticed going into Kase-san and Morning Glories is that the OVA skips over the first volume entirely. Rather than making a movie that started at the beginning, the director noted that instead of focusing on how Yamada and Kase fall in love, he wanted to explore what comes after a confession. I’m assuming that this confession is covered in the ONA that aired last year. Regardless, the first couple of minutes are explicit in how Yamada and Kase feel for each other and are indeed, in an active relationship of dating.

That’s probably the last straightforward thing the OVA will give you. I could sum up Kase-san and Morning Glories plot-wise in about half a paragraph, but the adaptation is so much more than that. It is an intimate and forgiving outlook on what it means to honestly love another human being, especially if that human being is a girl just like you. The conflict and drama here are more subdued than usual stories: in Kase-san’s universe, most people are supportive of Kase and Yamada’s relationship, but it’s still not perfect nonetheless (nothing ever is!). The OVA hints at how painfully aware both girls are with knowing that society and parents have different ideas for them, and it’s this kind of background that makes Kase-san beautiful but also somewhat realistic. I appreciated this soft brushstroke of awareness, though some may find Kase-san too forgiving of the kind of reality it’s portraying. 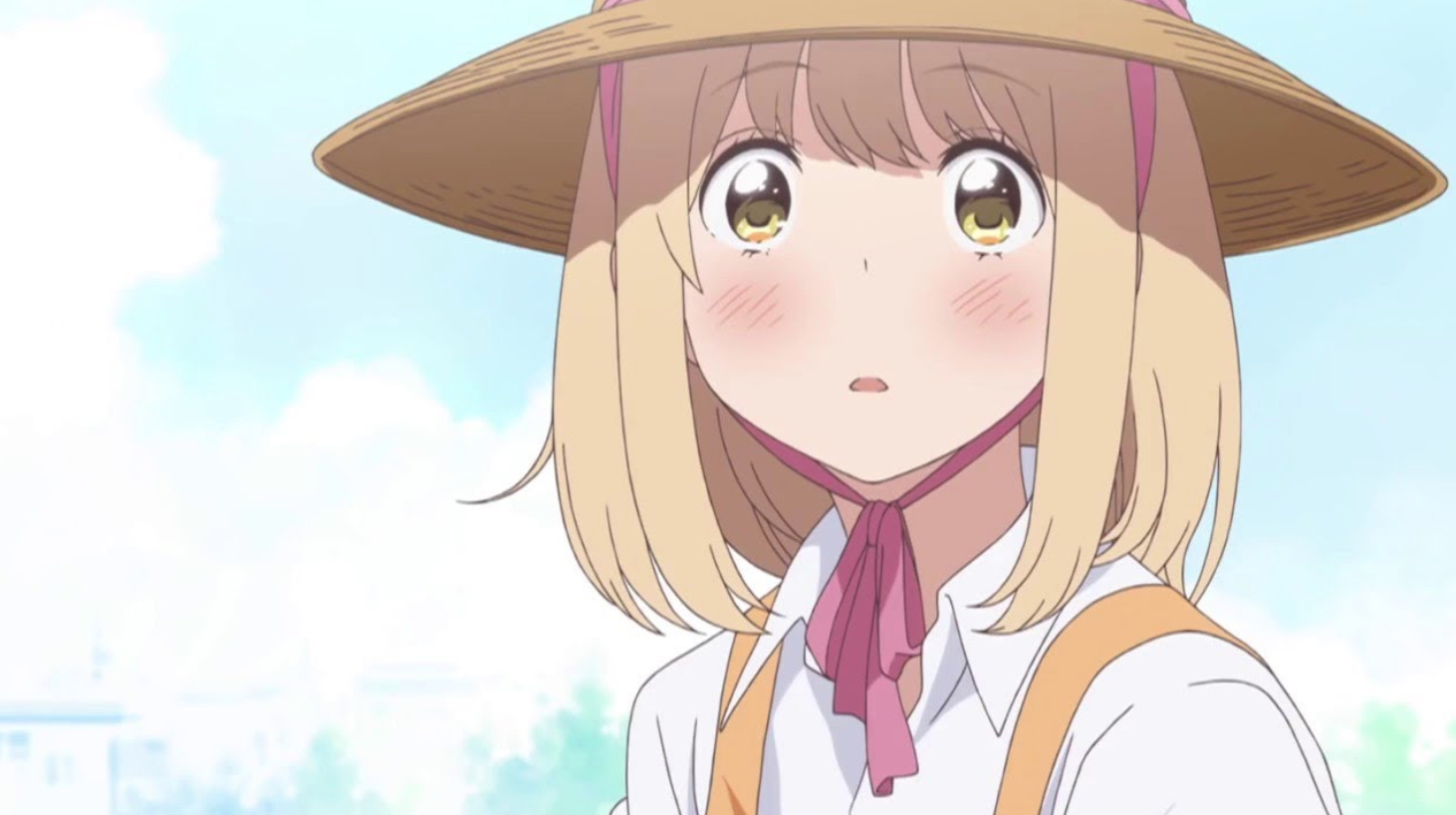 What really makes Kase-san stand out for me however, is the departure from traditional ‘pure’ yuri stories. One of my biggest issues with the genre of yuri is its necessity to frame women as innocent, naive spirits that are completely devoid of sexual awareness. Although an extremely sweet story about two high schoolers in love, Kase-san isn’t afraid about not only going into this territory, but embracing it through one of the main characters, Kase, as she struggles to balance her feelings of sexuality with respecting and understanding Yamada’s wishes. It’s incredibly refreshing to watch, if not highly relatable. I wish that the series could have done this a little with Yamada who, for the most part, does seem like your standard yuri character, but I understand the choice to create some contrast in personality between the characters, so it didn’t bother me too much. 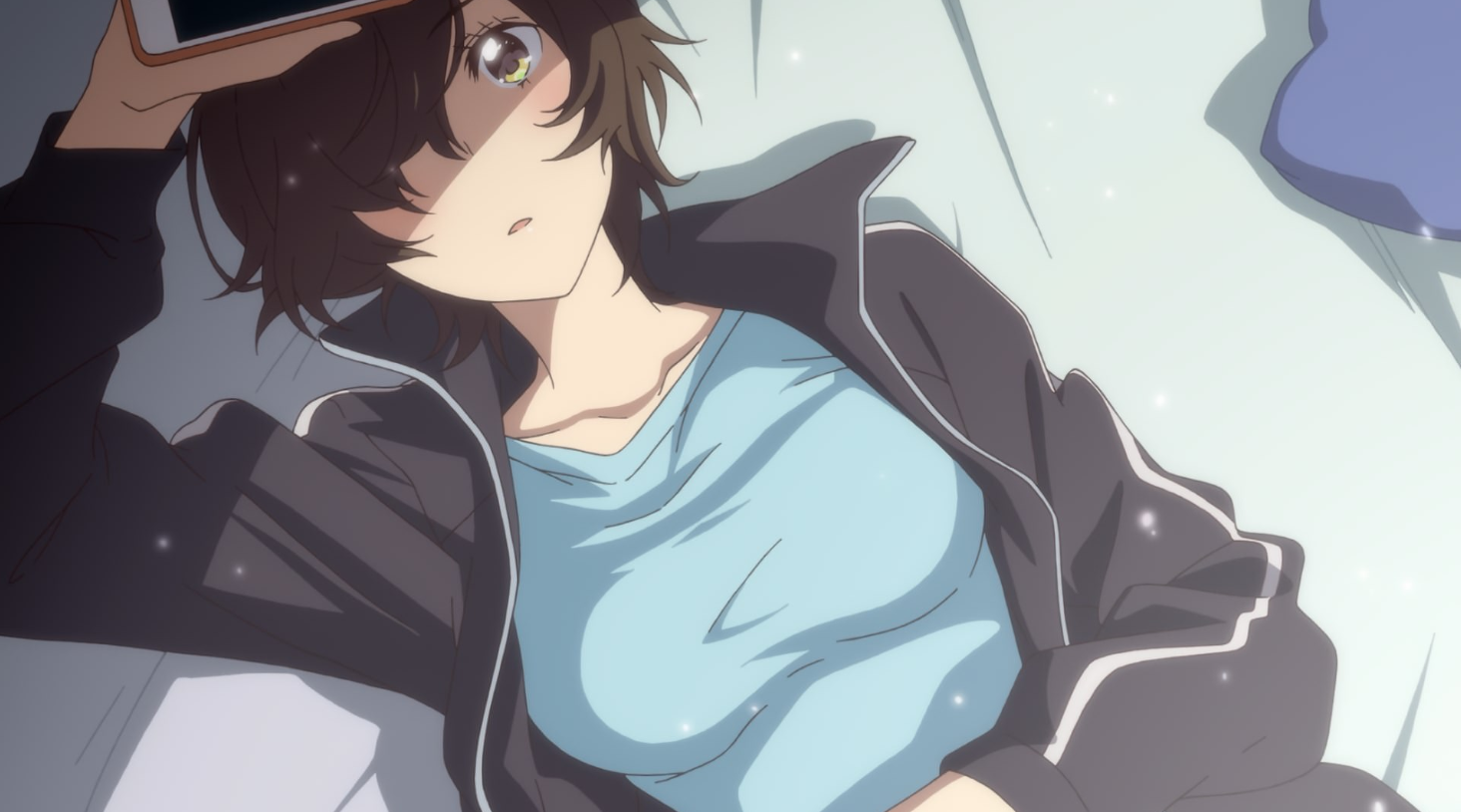 Otherwise, Kase-san does a great job of exploring how these two girls must understand what it’s like to be with one another. Miscommunication, anxiety, and selfishness all play a part in the dialogues these two share, and because they are so honest, a lot of it comes off as extremely relatable. How do we understand the feelings of others through cell phones and small actions? What if we’re overthinking other’s behaviors? What if happiness is a fleeting moment? And how do we resolve a potentially long-distance relationship? Kase-san asks all the questions, no doubt, most of us have gone through in our lives at some point when dating another person, and handles the answers in a very realistic and yet gentle way. Conflict is graced with genuine displays of affection and love and it’ll make anyone’s heart melt to see these two girls try so hard to be happy for and with each other. 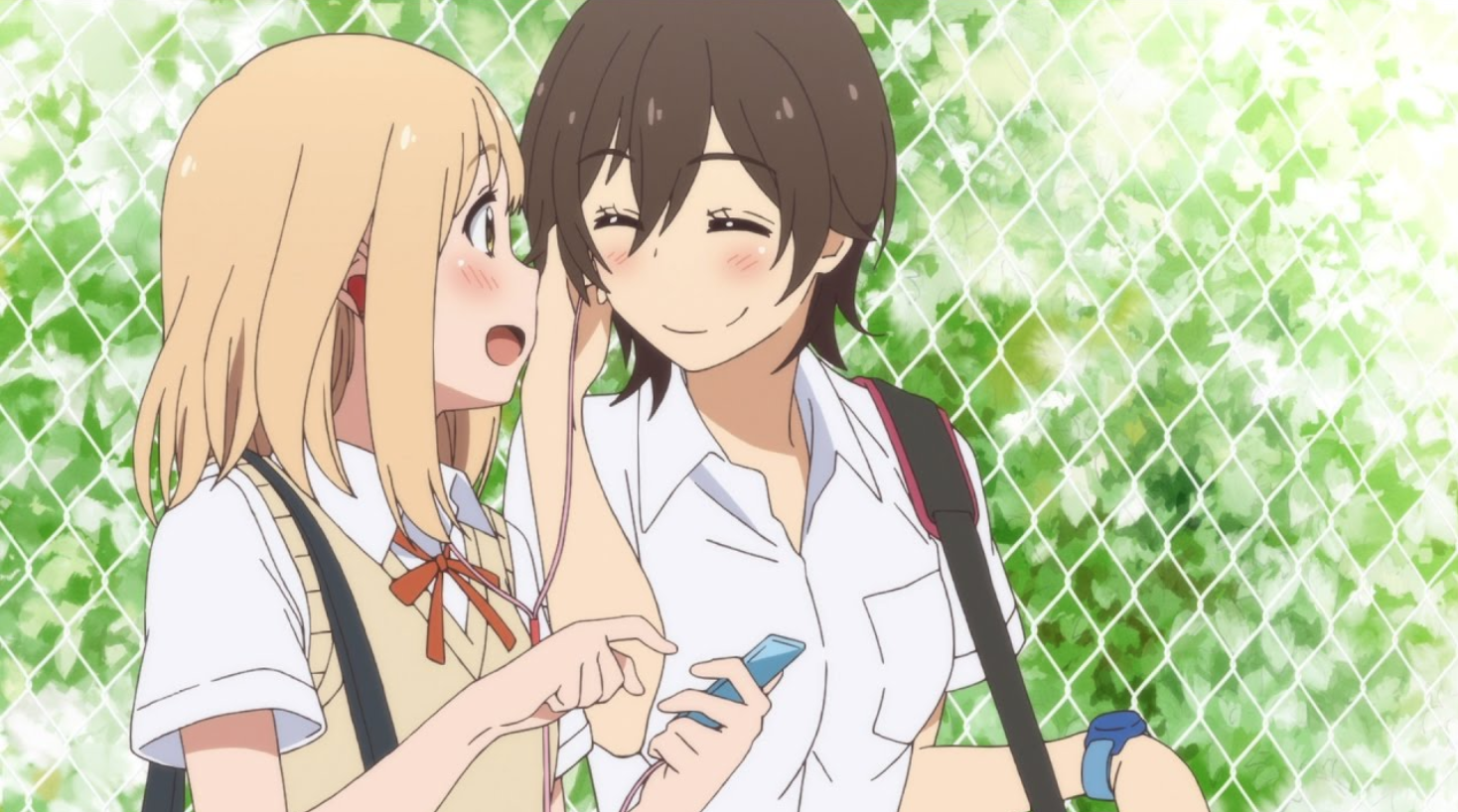 In terms of technical detail, Kase-san is overall, pleasant and fun to watch. While the animation is solid, there are a couple of moments in terms of storyboarding that felt confusing, specifically Yamada’s dream sequence and tying it in with her own insecurities about being with Kase. Otherwise however, the production values are spot-on; nothing felt out of place, and while there wasn’t a lot happening in terms of animation highlights, the backgrounds were absolutely beautiful. They’re rendered in this colorful watercolor-like style that fits perfectly into the kind of charm and atmosphere Kase-san brings out overall. This is elevated by an amazing and gorgeous soundtrack, which is somewhat minimalistic, but still great to listen to even after the OVA ended. I picked up a copy at the official booth at Anime Expo, and even today, I listen to it while relaxing, doing chores, or even getting some work done.

Overall, Kase-san and Morning Glories is a delightful little story about two girls learning what it means to love one another and overcoming trials in becoming more open and honest in their relationship. If you enjoy yuri stories or a sweet and endearing look into high school romance, I would highly recommend the manga series, which is currently being released for Western fans by Seven Seas Entertainment. 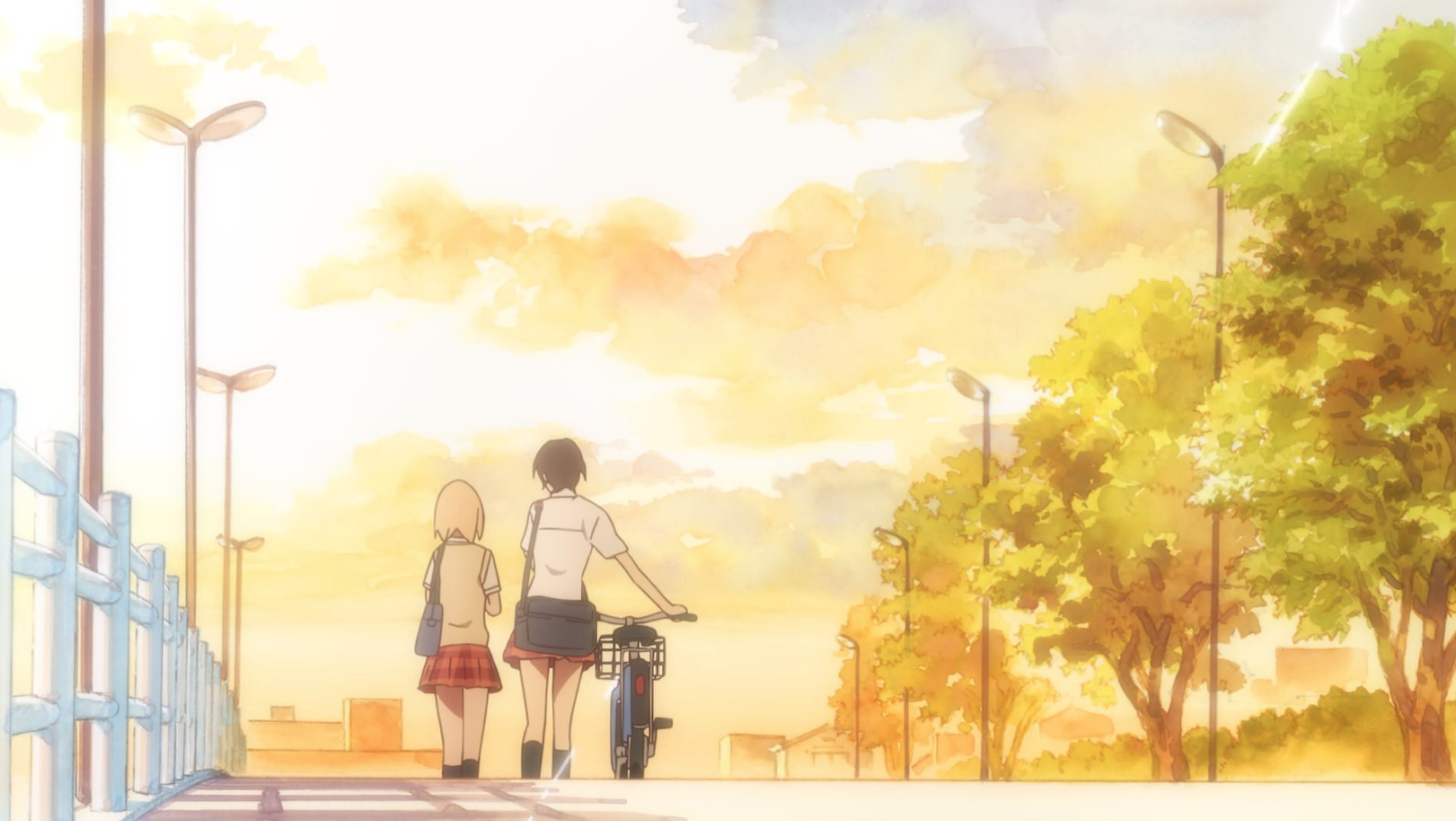