Today we're exploring the maddeningly sympathetic motivations of Planet With's heroes, villains, and everyone in between! 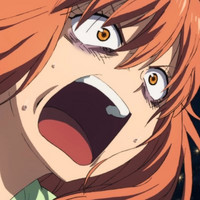 Planet With opens with a shocking, terrifying vision of destruction. As our protagonist Souya watches in horror, a bellowing red dragon lays siege to his home planet, destroying his very world. His brother urges him to take care of himself, and then rushes off, determined to slay this dragon himself. But Souya’s brother fails, and dies, and his world is lost. Before anything else, we see this vision of pain, grief, and senseless destruction. The dragon bears a hunger that cannot be contained; it will devour everything in its path, its greed and pride and ambition compelling it to destroy everything we love. 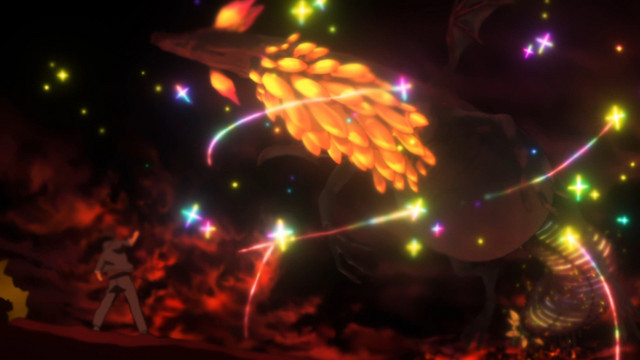 That calamity hangs over Planet With, a threat that transcends single planets to threaten all of creation. But it’s not Planet With’s human heroes who are attempting to prevent future calamities - they’re simply trying to defend their homes, as an alien menace threatens their own planet. It is the villains of Planet With who are determined to stop the dragon, or if possible, prevent it from ever returning again. And it is we humans who harness the dragon to stop them, or at least leash it for a time, before its wild anger takes control.

In Planet With, truth and justice are vague and personal things, with every faction’s beliefs setting them as the heroes of their own story. The crux of their disagreement is the nature of the dragon itself, which is not just a literal beast, but also an elemental force all passionate beings can call upon. It is the dragon’s fire burning in humankind that inspires us to great works of ambition and creativity, to strive for personal excellence, to dream larger than our everyday toil. A species which can harness that fire could forge a new age of enlightenment in its flames - or they could seize it for selfish and narrow-minded means, and destroy everything in one last passionate fire. 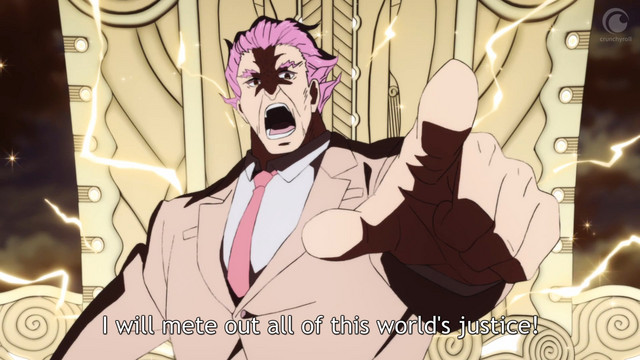 The intergalactic community is determined to avoid that end, and committed to stopping humanity from unleashing the dragon again. But even among the aliens, there is serious disagreement as to how peace should be maintained. Souya himself is aligned with the pacifist faction, who believe that simply robbing humanity of the means to conjure the dragon is enough, while humanity as a whole should be allowed to continue its wild, dangerous evolution. The sealing faction is less sympathetic; they understand that humanity’s fire is a threat unto itself, and wish to seal the passion that could lead us to greatness or catastrophe altogether.

None of these sides are truly wrong in Planet With, and all of them have their own ambiguities and internal disputes. The beauty of this show is that it is always clear that both the humans and the aliens are deeply committed to the greater good, but each of their greater goods reflect a different framework of value and worth. From the perspective of an intergalactic community, the risk of some headstrong, perpetually violent race destroying everything is a threat beyond compare. But when you see humanity’s warriors striving to defend the people they love, it is clear that there is something unspeakably beautiful about our passion, our hope, our challenging of all that exists. 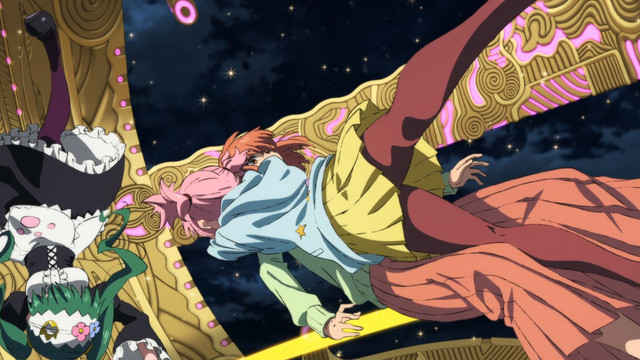 If Planet With ever tips its own hand, it’s through the staggering power of those simple human moments. A show that is this good at capturing all that is poignant and noble about humanity’s eternal striving simply couldn’t hate people; Planet With’s understanding of our goodness is too clear to believe it wants us gone. Though the dragon of ambition and eternal dissatisfaction has inspired countless tragedies over the years, it’s also brought us all that is most precious, and most out of reach. The fire of human nature is clear in our violence, but also clear in a father reaching out to his distant son, or a young girl risking everything to save her precious friend. Planet With’s villains may be right, but I stand with humanity regardless. If our fire burns us all, it is a price well worth paying.