The Real Threat of Attack on Titan: Humans

Why and how are people more dangerous than the Titans? 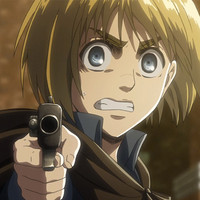 Spoilers for Attack on Titan up to episode 44.

Humans have always had a place in stories about monsters. Often, the monsters are metaphors for the destructive tendencies of humans. The mighty Godzilla, for instance, was awakened and strengthened by nuclear radiation caused by humans. The zombie viruses in the Resident Evil games are man-made (there’s a common thread in zombie fiction that the virus manifests from research into biochemical warfare). As scary as it is to face off against an enemy that wishes mindlessly for destruction, it’s even scarier to imagine that they are extensions of humanity’s mistakes.

Even if the exact relationship between humans and Titans hasn’t been clarified yet in the Attack on Titan anime, there’s still plenty of indication that plenty of humans are opportunistic jerks, using the Titans to justify an oppressive status quo. This is the entire philosophy behind the corrupt government, which has shut humanity behind walls and uses violence to quell dissent. For the first two seasons, the Titans have been like natural disasters; even if they don’t actively plot against humanity, the human responses to the damages they cause paints a dim picture of our species. 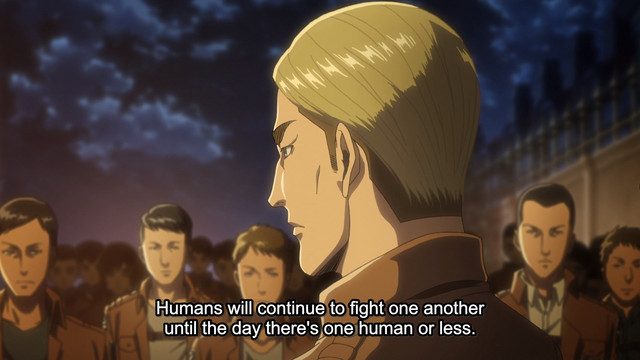 Although we see plenty of examples of petty and selfish human behavior in the first two seasons of the anime, it’s only in the third season that we see in-fighting among humans finally break out on a large scale. To make things even more complicated, the first two seasons also hint that humans and Titans may not be so different after all. The first indication of this is when Eren transforms into a Titan, surprising even himself. Throughout the series, we encounter more humans who are capable of transforming into Titans, as well as Titans with human-like intelligence.

All of this makes the worldview of the series very clear: it’s the humans you should be watching out for. Not only have humans been unable to work together to rise above their terrible situation, they were probably responsible for creating the Titans in the first place.

Historia in episode 44 perfectly expresses what all of us were probably thinking about these revelations: “Exterminate the Titans?! Who the hell wants to do that bullshit?! I’m starting to hate humanity! Let ‘em get wiped out by Titans!” 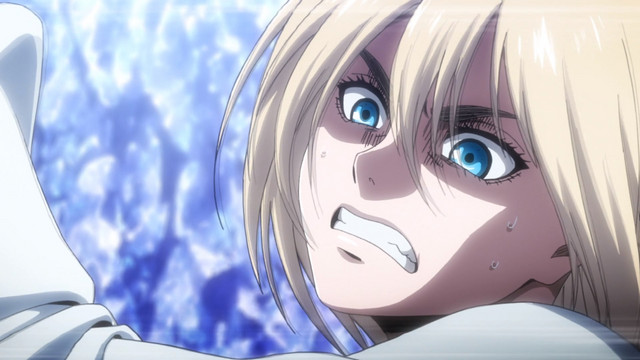 The idea that humanity is its own worst enemy makes sense (too much sense, perhaps), but how does it work within Attack on Titan’s action scenes? After all, this series has become iconic for its bombastic Titan battles, filled with cool moves, impossible physics, and triumph against all the odds. You don’t get the same satisfaction watching humans kill other humans--in fact, it’s downright depressing. So how has Attack on Titan been portraying tension and excitement in its battles now that it’s humans vs humans?

One thing that’s interesting to note about the battles shown in season 3 so far is that the human characters still use their vertical maneuvering equipment against each other. Even against smaller and nimbler opponents, many of the core principles of battling the Titans are still at play here, like using the gear to get to a good aerial position before striking. This means we still get cool animated sequences like this one below, which tracks a character as they’re zipping through the air.

It’s ironic to see this gear used in battle against humans, given that is designed solely for battling Titans--not that it really matters because the maneuvering gear was always designed for coolness rather than practicality, anyway. On the other hand, there is the issue of scale. If those large blades work against Titans, they would be overkill against puny humans! Yet, they fail to put much of a dent into Kenny the Ripper even with those weapons.

To be fair, it’s explained in this season that the enemy has gear that is specifically designed for fighting against humans, which means they’re decked out in armor that can withstand blows from human weapons. It’s also explained that the Ackermans are capable of tapping into superhuman power without transforming into Titans, making them some of the most powerful characters in the series. This means that any action scenes involving Levi, Mikasa, or Kenny are going to be just as over-the-top as any fight you’ve come to expect from Attack on Titan.

For everyone else, brute strength is not an option. They have to fight tactically and use ranged weapons to pick off their foes. This makes it the first time in the series that so many characters are shown using the guns they carry as part of their military attire. Sasha is also shown using her bow for the first time against humans. 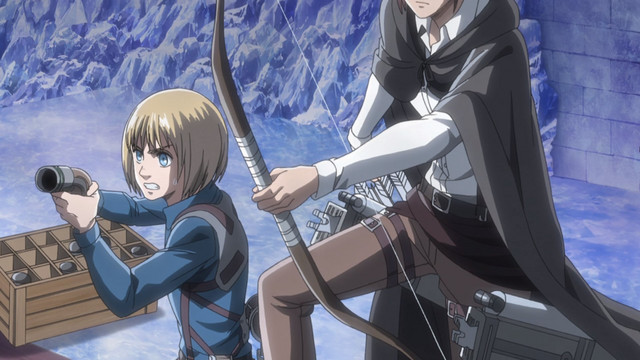 But what really makes these fights gripping to watch is whether the heroes can pull the trigger on their fellow humans. This dilemma is what causes Jean to freeze in his tracks in episode 39, even when acting out of self-defence.

Over the course of the third season, the scouts have been steeling themselves to commit harm to other humans. Levi and Hange torture members of the military police for answers, while Erwin initiates a coup. Even the characters who don’t participate directly in the violence know that they are complicit. There is human blood on their hands. 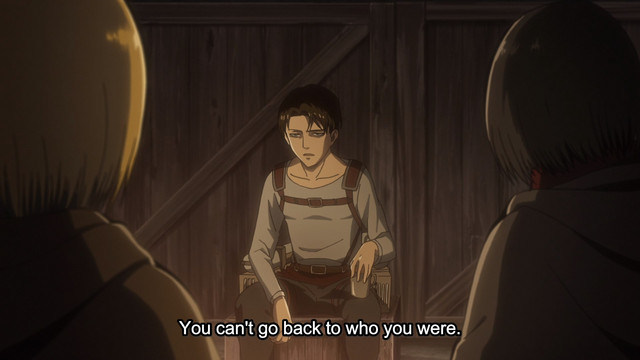 For the scouts, Titans are the threat, other humans are the threat, and even they themselves could be considered a threat to humanity. The question is, after the dust has settled, who will be left standing? And will anyone be able to tell the difference between man and monster?

Please don't post manga spoilers in the comments, thank you!