ZOMBIE LAND SAGA is the Zombieland of Zombie Anime 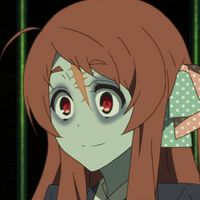 In recent memory, it’s been hard to escape anything related to zombies. From romanticism poet Robert Southey being the first to use the word in English, to George A. Romero’s Night of the Living Dead, to the recent upsurge in zombie media over the past fifteen years, zombies have permeated pop culture immensely. All of that can lead to some backlash where people get burnt out on seeing the same types of zombie stories told again and again. Yet sometimes, a show comes along that foregoes that trend to breathe new life into a genre that makes it new again. Which is what ZOMBIE LAND SAGA had managed to do so far.

Think back to what you’ve read, played, watched, or even heard with regards to zombie media. There’s probably a combination of a wide spread infection, a patient zero, hordes of infected, and elements of horror. ZOMBIE LAND SAGA really doesn’t fit well into any of those. Sure, there are slight horror elements, but those seem to play more into being a joke or homage rather than actually being scary. Not falling into the typical tropes is a strength that the series capitalizes on. 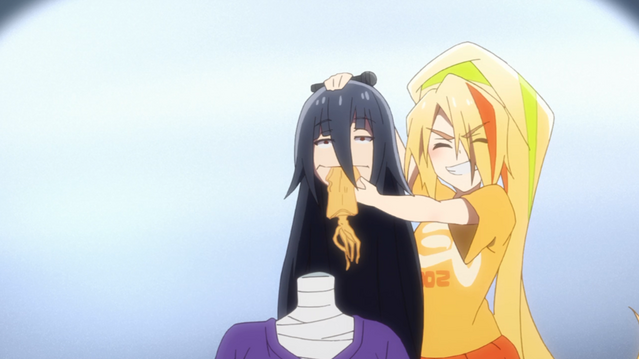 Even going outside of the framework of zombie fiction, ZOMBIE LAND SAGA combining not only comedy, slice-of-life, but also idols into a series based around girls from various time periods coming back to perform is just ridiculous in the best ways. It subverts expectations in the best ways because nothing about this show is what you associate with anything that has zombie in the title, and with each and every episode, it continues to work. Not only that, but as someone who has been pretty burnt out on zombie stories for quite some time, it took just the first episode to hook me in a way that I completely wasn’t expecting.

It also helps that before the show even aired, it was shrouded in mystery to where no one really knew what was going to happen. Other than the fact that it was going to be weird, there really wasn’t much else to go off of to say what was going to happen. The first few minutes go so far as to attempt to lure you into thinking that it might just be a show about wanting to become an idol, which quickly changes. Pushing into the idol side of the show also sees subversion as you usually don’t associate idols singing metal (unless you’re Love Live! Sunshine!!’s Saint Snow), having rap battles, and being in commercials for fast food. 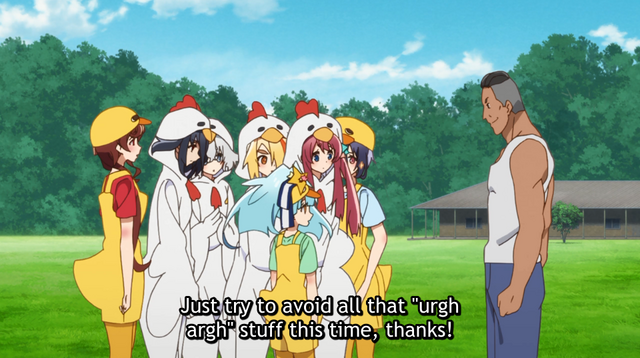 If you look at ZOMBIE LAND SAGA as an idol show, which it does occupy that same space, it really isn’t poaching the same ideas as some of the bigger idol shows such as Love Live! and The [email protected]. This isn’t just about getting the group of Franchouchou to the top, but rather to save the Saga Prefecture. In order to do that, it’s not about competitions, but performing at places where idols in those series usually wouldn’t perform, such as metal festivals. At the same time, it still brings in some of the familiar workings of idol shows like having CG dance sequences or showing the grind of practice. In fact, it might be easier to say that ZOMBIE LAND SAGA has more in line with the idol genre than it does with zombies.

So, how exactly does this all come together to work? It’s similar to how films like Zombieland—I initially thought ZOMBIE LAND SAGA was tied to the film when I first heard about it—and Shaun of the Dead brought comedy to the oversaturated zombie genre in the 2000s. ZOMBIE LAND SAGA takes the genre and mashes it with others to make something new. You normally aren’t watching zombies just hang out with each other, find creative ways to hide the fact they’re zombies, or live in a world where they’re not an overwhelming majority. It’s a breath of fresh air. Plus, what other show out there is making the voice of Sailor Moon just make guttural noises and bawk like a chicken? Everyone always wants new and engaging stories and this does that in not just one genre, but two. 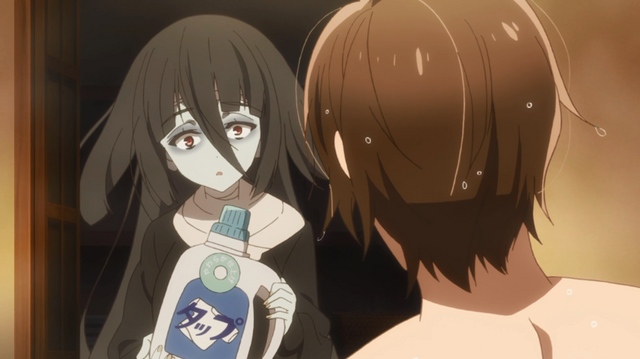 As we’ve reached the halfway mark of the season, there are bound to be even more surprises and weirdness in the latter part of ZOMBIE LAND SAGA. Maybe we’ll finally get a reveal of how Kotaro was able to keep the girls as zombies and reanimate them or maybe there will be a huge twist that sees another way to subvert viewer expectation. If you’ve been the person who’s been burnt out on zombie stories recently or know someone like that, this is the one show that can break someone out of that. Even if you’re not into zombies, this can still be a show for you. ZOMBIE LAND SAGA has been a fun ride thus far and you don’t have to come back from the dead to see why.

What are you looking forward to in the rest of ZOMBIE LAND SAGA or think the show could do that would surprise you? Let us know in the comments!