It's a lesson in making a character way more interesting 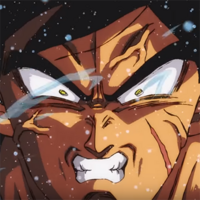 I'm a pretty late convert to the religion of Dragon Ball. It didn't come on the limited number of channels that my family had growing up, and when I finally had access to it, I was too busy saying things like "Excuse me, but I only watch psychological anime, like the indie series you probably haven't heard of, Death Note." But in late 2017, when I bought the first three volumes of the manga on a whim, I was swept away in Dragon Ball creator Akira Toriyama's delightful illustrations, inspiring stories, and awesome scenes of people hitting eachother. And while I devoured that, I watched the shows. And after I had consumed that like a gluttonous creature that subsists on Kamehamaha drawings alone, I made my way to the movies.

And it's in the movies that I found Broly. And I really wanted to like Broly, with "wanted to" being the key part of that statement. 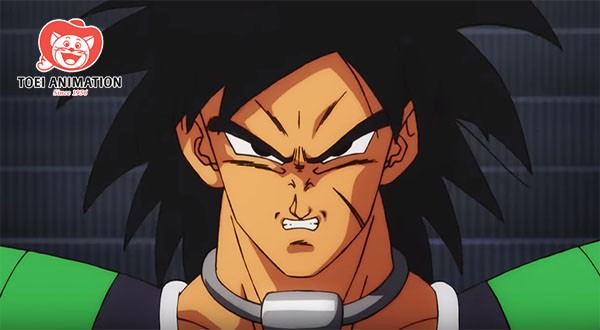 See, while Broly could most easily be compared to Western comic characters like Doomsday or Bane, characters that are mostly around to flex as they beat our heroes to a pulp, I find Broly's most apt pop culture counterpart to be current WWE superstar Brock Lesnar. If you haven't seen Brock Lesnar, he looks like someone tried to build a dump truck out of steak and he is unfairly strong and agile. However, as we learned with the three prior Broly movies and some portions of Brock Lesnar's recent WWE career, it is really easy to get sick of both of them.

See, both of them are built around the idea of "You might have strong villains, but nobody is as strong as this guy." Frequently, in shonen shows, you find a kind of power escalation as the story goes on. Vegeta is stronger than Raditz, Frieza is stronger than Vegeta, Cell is stronger than Frieza, and so on. It's similar in wrasslin': The champion gets challengers that pose new kinds of threats, whether they're more powerful than him or smarter or have a more bumpin' theme music. However, Broly and Brock Lesnar seem to skip the line all the way to the front. They become the final boss fight as soon as they show up. 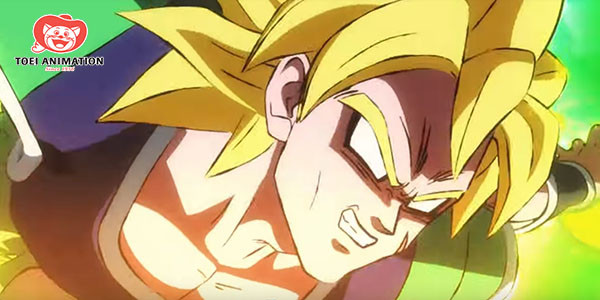 And if you can put them in great stories, they're really good characters to have on hand. Like in 2003, when legit Olympic gold medal wrestler Kurt Angle returned from a neck injury and faced Brock in a series of classic matches. Brock is younger, fresher, stronger and more vicious, but when the chips are down, nobody can outwrestle Kurt Angle. However, will Angle's injury flare up again, or will Brock get too cocky? That's a great, simple story. And until Dragon Ball Super: Broly, Broly had never gotten a really great, simple story.

Now, don't get me wrong: The trio of Broly films from 1993 and 1994 aren't bad. It's just that the character of Broly doesn't really have a heart in them. He's just big and pissed, which makes him way less interesting than the sadistic megalomaniac Frieza or the vane sociopath Cell. But in this Dragon Ball Super film, we find a Broly that was exiled for being so powerful as a child, someone whose only real contact is his vengeful father. He's a giant, beefy puppy. That's already better than being a monstrous psychopath. We EXPECT Broly to be a monstrous psychopath. By making him relatively peaceful with the ability to unlock this feral, ridiculous strength when he gets emotional is a bit more interesting. 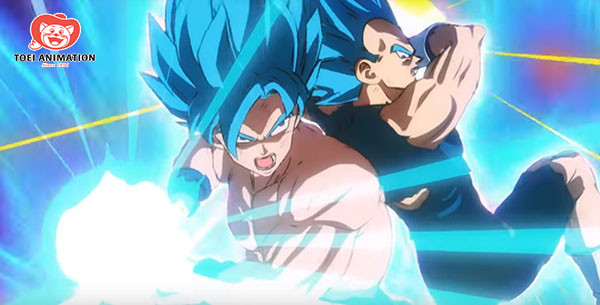 The fights in Dragon Ball Super: Broly work for the character, too, because he's a good fighter, and not just a powerful one. I feel like it would be really easy to have him fight in the style of someone like Marvel's Juggernaut, where most of his appeal is that no matter how hard you punch him, it probably won't hurt him. It's hard to hurt Broly, too, but having him go toe-to-toe with Goku and also display some finesse gives his action sequences lasting power. You want to see him fight over and over, because he's not a one trick Saiyan.

Which brings me to the end, where (SPOILERS) Goku finds Broly and talks about wanting to fight him again and teach him how to better use his power. The other Broly films ended with this climactic explosion of "YAY. WE THREW HIM INTO THE SUN." And that's a great way to dispatch a heartless demon, but not someone like this film's Broly. Dragon Ball Super: Broly is the first time that the character has been treated with any kind of care or empathy. He's not meant to just be a boss fight and is now a part of the Dragon Ball universe now.

When you're writing a "Now this guy is stronger than everyone else" character like Broly or Brock Lesnar or Bane or some other mountain of muscle whose name begins with a "B," you have to treat them like an actual character that you want to use, and not just as an obstacle for your main hero to overcome. Because otherwise, what's the point? Someone stronger is just gonna come along anyway.

Daniel Dockery is a writer and editor for Crunchyroll. He has a Twitter for all of his opinions about One Piece.