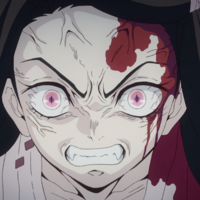 The first thing to note about Demon Slayer: Kimetsu no Yaiba is how it easily evokes a lot of traditional Japanese imagery, from the hunters’ attacks that flow with classic patterns, to the classical soundtrack. It’s a shonen story that blends modern storytelling with old culture, thus creating something that’s quite beautiful to watch. One of the things that it borrows heavily from is mythology, for Tanjirou’s enemies aren’t made-up creatures, but the famous oni. The oni of Demon Slayer travel during the nighttime and prey on unsuspecting humans. They have supernatural abilities such as regeneration and incredible strength, making them hard creatures to simply defeat. It isn’t just a single enemy that Tanjirou is positioned against, but rather a whole species of monster. Although the oni here have their own flair, there is still a lot that they borrow from traditional lore, some which strikes insight into the kind of threat they pose in this series. 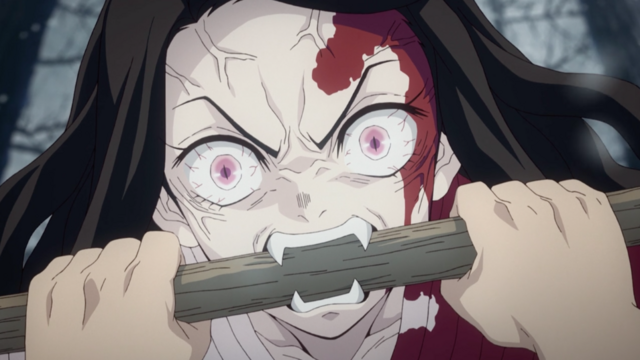 Oni are one of the best known creatures in Japanese mythology, standing as fierce and terrible creatures that terrorize unknowing citizens. They are meat-eaters, often consuming either livestock or most notably, human flesh. They are noted for their massive size and great horns, humanoid but also grotesque. While oni are largely believed to have come from the introduction of Buddhism to Japan, the most famous oni lore emerges around the Heian era, a general time of stability. These oni terrorize the countryside, wreaking havoc wherever they emerge until a hero comes along to stop them. While some oni come from hell as servants of the judge Lord Enma, not all oni do, for it can also be said that humans who perform wicked deeds in life turn into an oni.

Although from a modern perspective this can be seen as a cautionary tale, it lends some insight into how the mythos came to be; likely criminals or bandits that caused trouble during times of peace would become mythologized as monsters, later oni. For example, it’s suspected that one of the most famous oni, Shuten-douji, was originally a bandit leader who aligned himself against the emperor, but his exploits later turned him into the demonic figure that we know today. All in all, oni are stories meant to inspire fear, as well as warn people to not stray from the path of a righteous life in society.

This is most obvious in Demon Slayer lore, where consuming the blood of an oni will also turn someone into an oni themselves. It’s highly unlikely that Nezuko was the kind of person who would turn into an oni through her original lifestyle, but being exposed to an oni transformed her. All the oni we have seen so far have embraced their lifestyle as monsters, but it can be hypothesized that not all of them started out as oni. Most likely, they were all human at one point in time, and only fell to the natural impulses of oni; namely to kill, and consume human flesh. Nezuko is the rare instance where she can resist the pull towards monstrous behavior, but she is an exception to the rule. In other words, the push towards depravity is something that’s contagious, that anyone can succumb to if they are in the wrong circumstances. 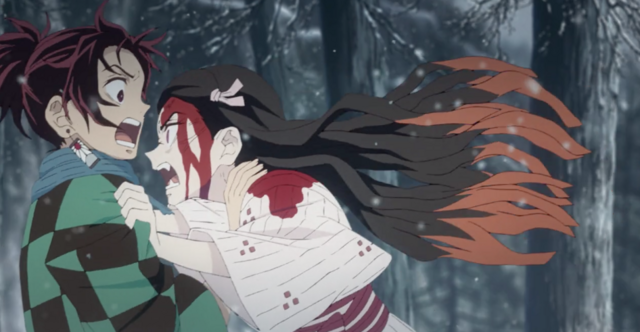 One thing to note about Demon Slayer is that the story is set in the Taishou era. Considering Japan’s long history, the Taishou era is a particularly unusual one for it’s short duration of only fifteen years. While it was noted for its relative stability, that is still mostly in comparison to the revolutionary Meiji and the chaotic Showa era. After witnessing how European and American colonialism was the dominant force in the world, Japan was fearful at possibly being the next target, and hurried to adapt to the world climate. Having studied and brought more western systems to the country, such as a German-style military and an English-styled democracy, the government at the time, having technically won both the Sino-Japanese and Russo-Japanese wars, were confident in their military prowess, but that didn’t necessarily translate to the common man.

Life for the average person, especially rural farmers, was one of severe poverty, as the government was investing more money in the military than in the economy. Families like Tanjirou’s suffered a lot, and seeing him taking on whatever jobs he could find to bring money home for his family isn’t surprising. This would lead to a few things that became more prominent when the Showa period rolled around: military recruitment. Joining the military in hopes of becoming the elite was a good way for families to escape poverty, and simmering dissent would later spark the many military uprisings that happened during the early Showa years. 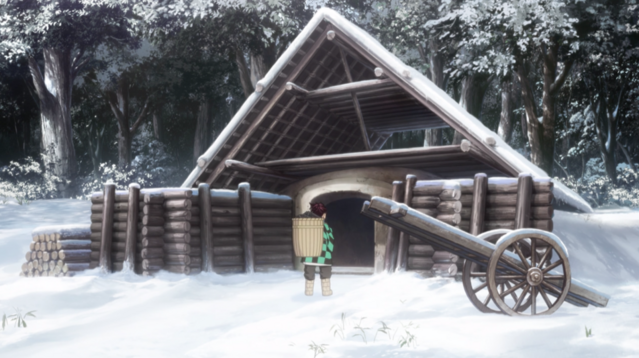 In other words, the Taishou era is one that is categorized as peaceful, but only on a surface level. While the government was adapting to catch up with the rest of the world, there was a lot of fear of western imperialism one day turning its head towards Japan. The rush to modernize was done out of necessity, and the country did suffer from this push. Although things were no doubt stable in the government, there was a fear that something would and could go wrong. The government neglect towards its citizens would later lead to radicalization, as people became more desperate to escape excessive poverty. Such an environment is perfect for creating oni, especially from those born out of suffering and desperation. 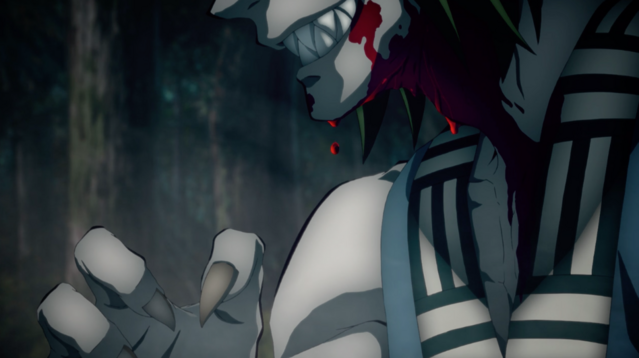 There is still a lot left to uncover about the oni; what their primary motivations are beyond survival, what's their end goal, why they're so diametrically opposed to humanity. No doubt the oni are organized, as the main villain has yet to be revealed. We aren’t sure where oni originally came from just yet, whether they are sent from hell to torment humanity or have some sort of origin in the living world, but that will surely be revealed eventually. Either way, Demon Slayer has set up plenty with their monsters going forward, evoking both the oni of legend and putting their own spin on things.

What do you think of the oni? Let us know in the comments!