Check out the real-world locations of Sarazanmai 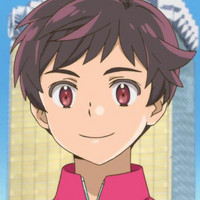 Sarazanmai is famed director Ikuhara’s latest work, and is as brazenly bizarre, thought-provoking, and equally hilarious as you’d come to expect. The show, which is about three troubled boys who were turned into zombie-fighting kappas through the extraction of a mythical anal organ, is brimming with overwhelming symbolism and surreal elements. However, unlike many of the director’s other works before, it’s deeply linked to its real-world setting, which is Asakusa. The popular tourist district, which still retains an ambience reminiscent of the older days, with the spiritual Sensoji Temple at its center, and the nearby Kappabashi Street, are the perfect setting for a show as surreal as Sarazanmai, and are the topic in this edition of Anime vs. Real Life.

Asakusa today is one of the most popular tourist districts in Tokyo, with the famous Kaminarimon Gate (Thunder Gate) at its center, which can be considered the symbol of Asakusa, if not the whole city. The gate marks the entrance to the massive Sensoji Temple, built in circa 628, which makes it Tokyo’s oldest temple. Leading straight from the outer gate to the temple’s second gate is the 200 meter-long Nakamise Shopping Street, which is lined with dozens of tourist souvenir shops, which still have a very traditional Japanese atmosphere. The approach to the temple also serves as a gateway to Sarazanmai’s spirit world, but we’ll get back to that at the end of the article.

Kappabashi is an area right next to Asakusa, with the one kilometer-long Kappabashi Dougu Street at its heart, which is lined by over a hundred restaurant-supply shops and kitchen-equipment sellers. The specialized area provides the whole city’s restaurants with the necessary kitchen utensils, so it’s easy see where the nickname “kitchen town” is coming from. At the begging of the street stands the Niimi Tableware Store, with the giant chef’s bust sitting on top of it. In the anime, the otter cops’ police station is located inside of this building, which is not the case in real life. If you look real close, you’ll also notice the giant otter missing in real life.

Since the whole street specializes in kitchenware, there are basically no restaurants around, except for this little side street called Kappabashi Hondori. The street leads directly to Asakusa, and is the only one with a clear view of the Tokyo Skytree.

There are several myths and versions surrounding the origins of the area’s name, but the official Kappabashi website states two in particular. The logical one being: In earlier times, a low-ranking samurai used to display and sell raincoats (called kappa in Japanese) on a former bridge in the area (bashi meaning bridge in Japanese).

The more mystical second version is about a local merchant, who took it upon himself to stop the severe drainage problems of the area, with the construction of a drainage ditch to the nearby Sumida River. However, the channel’s construction was not progressing smoothly, until a local kappa living in said river took notice. Kappas are frog/turtle-like humanoid creatures from Japanese mythology. They carry a dish filled with water on their head, which allows them to travel on land, and are usually known as mischievous little tricksters. But this kappa was so moved by the merchants good deeds and valiant effort, that it pitched in and helped finishing it every night, making the area prosper and bringing good luck to the other merchants who saw it help.

No matter the origin, Kappabashi developing into a kitchenware district is simply genius, as a kappa’s most defining trait is definitely the dish on its head.

Moving back to Asakusa, the eight-story Ekimise building right here is a shopping complex with access to the Tobu Asakusa Station.

The modern Asakusa Culture Tourist Information Center is located right vis-à-vis from the before mentioned Kaminarimon Gate. The observation deck on top provides a good view of the area.

In the second episode, Kazuki and Toi somehow manage to visit the the Hanayashiki Amusement Park, while chasing a stray cat. The miniature amusement park is one of the oldest in Japan, being open since 1853, and is still running a 60-year-old rollercoaster. The amusement park also made a brief appearance in Ms. Koizumi Loves Ramen Noodles, during one of Koizumi’s ramen adventures in Asakusa.

The little spot where Enta used to train football with Kazuki is on the other side of the Sumida River. I bet it won’t take long before someone actually draws a draws a goal post there.

The Azuma Bridge stretches across the broad Sumida River, connecting the Taito Ward to the Sumida Ward, and is a landmark of the area in itself.

The area along the Sumida River offers great views of the Tokyo Skytree (the world’s second largest structure at 634m) and the headquarters of the Asahi Breweries with the weird giant golden sculpture next to it, which is apparently supposed to be a flame representing the burning heart of the company. In all honesty, before I looked it up a couple of years ago, it looked like a giant golden tadpole or even turd to me, and all I can see now is a giant shirikodama being extracted.

Every time Keppi transforms the three protagonists into kappas, he puts them on a rickshaw (which you can actually rent to get around the area), and makes a dash from the Sensoji Temple’s inner Hozomon Gate, along the Nakamise Shopping Street, through the outer Kaminarimon Gate, mentioned at the beginning of the article.

And last but not least, the vermilion Azuma Bridge does not only connect two wards in Toyko, it’s also somehow the connection between the real world and the spirit world in Sarazanmai. The great dancebattle takes place on the very aesthetic Azuma Bridge each episode.

In case you ever want to go kappa hunting yourself, here's the map I made:

Have you ever been to Asakusa yourself and did you recognize some of the landmarks shown in Sarazanmai?What do you think of the show so far? Sound off in the comments below!

FEATURE: Anime vs. Real Life - Die Schauplätze von TONIKAWA: Over The Moon For You in der realen Welt