5 Reasons Why You Should Catch Up With Symphogear

From J-Pop infused action to mountain-punching adventure, you shouldn't sleep on this anime 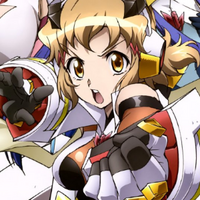 Have you heard about a certain magical girl anime that stars the talented Aoi Yuki and is by a studio whose name begins with “S”? No, I’m not talking about Puella Magi Madoka Magica, but another of my all-time favourites: Satelight’s Symphogear. You've likely noticed corners of the internet rejoicing at the recent news that the fourth and fifth seasons are coming to Crunchyroll soon, but may not know what all the fuss is about – and that’s totally fine! After all, that’s why I’m here to tell you why you should jump on the wild ride that is Symphogear!

To quickly fill you in on what the series is all about: Hibiki Tachibana was just an ordinary, upbeat girl until a concert she attended was attacked by aliens called Noise. The idols Kanade and Tsubasa fought off the threat with their Symphogear armors and Hibiki’s life was saved, at the cost of Kanade’s. However, the incident left a shard of the fallen idol’s relic embedded in Hibiki’s chest, and when its power awakens two years later, Hibiki must join forces with Tsubasa and other Symphogear users to protect the world.

If that hasn’t sold you on the series already, here are five very good reasons why Symphogear is worth a watch:

As if young girls fighting aliens and other foes with relics transformed into colorful armor and crazy weapons like missile barrages and whip-swords wasn’t enough, the source of their power is the songs they use to harmonize with the relics. So every beat-down is accompanied by a catchy song performed by the series’ talented cast, including Aoi Yuki, Yoko Hikasa (K-ON!’s Mio) and Yoshino Nanjo (Love Live’s Eli)!

Each season brings a wealth of new tracks, including solo character songs, duets and more, so the soundtrack always feels fresh and exciting. I’ll happily admit that some songs are even a part of my daily music rotation, and yes, I have blasted them through the family’s car speakers with no regrets! 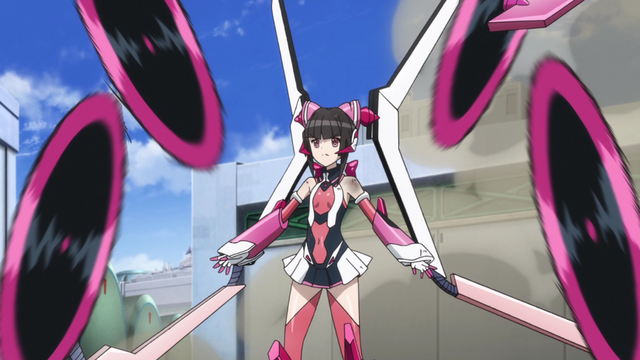 Symphogear isn’t just fun and expressive with its soundtrack, however. Abandoning the magical girl staple of frilly dresses for pointy armor, while retaining the tradition of bright and bold signature colors, I thought the characters stood out and looked really cool from the moment I saw them, and that feeling only intensified after seeing them in action!

Would you believe me if I said there’s a character with circular saw twin-tails, who rollerblades through enemies and can combine said saws into one giant wheel of hurt? Or another who dual-wields gatling guns and can ride a giant missile? Perhaps you’d also be hard-pressed to believe that a villain from a later series wields an oversized kendama toy? Well, it’s true - all of it.

Living under the constant threat of alien attacks has forced the world of Symphogear to deal with some pretty dark stuff. Grief, abuse and past traumas are just some examples of what the cast has to overcome, but the series perfectly balances the seriousness of these stories with the ultimate palette cleanser: ridiculous fun.

While that sounds like a recipe for disaster, the two actually balance each other really well. The series knows when to handle characters with enough care to leave me near tears, and when to have them literally punch the world’s second mountain into third place, a moment that gives me the biggest, stupidest grin by just thinking about it. Frankly, when you have characters who can summon giant swords or unleash missile barrages that’d make any military feel inadequate, it’d be a crime not to escalate action scenes to this excitable, absurd degree. The best mindset to have when approaching the series, as stated in Symphogear XV's premiere, is: "The unexpected is always expected". Symphogear embraces every part of what it is, and is all the better for it. 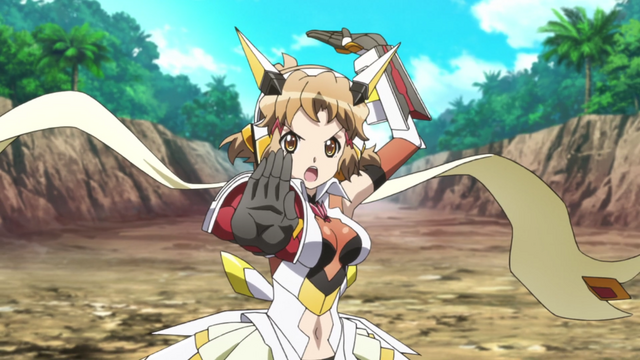 That balance is also a big reason why I’m so fond of the characters. Knowing what they have endured to reach those little pockets of joy that many take for granted makes them even more heartwarming. For example, it’s a pretty special feeling seeing a young woman who escaped child slavery being able to happily sing at her school’s cultural festival, or goofing off with friends.

This extends to the antagonists too, as few are depicted as truly evil, and many grow into sympathetic characters themselves. Hibiki states that she’d rather not fight people as they have the ability to talk things out and understand each other. Symphogear’s best foes aren’t those screaming for world domination, but the ones with genuine reasons for their actions and just happen to stand on the other side of the court.

Even my relationship with characters I’m already familiar with constantly evolves when I learn something new about them seasons later. These moments don’t feel tacked on either, as looking back often reveals that threads had been subtly weaved from the start!

5. You Can Join The Conversation

One problem with catching up on older anime is that the discussion may have moved onto the current big thing. However, with the fifth season of Symphogear now airing, fans old and new will be coming together to discuss this exciting series - what they love about older episodes, what they hope to see in the new ones, and maybe even what merch they're buying (yes, I've ordered a Symphogear branded clock!) So really, there's no better time to join the conversation and spread the love of your new favorite anime! 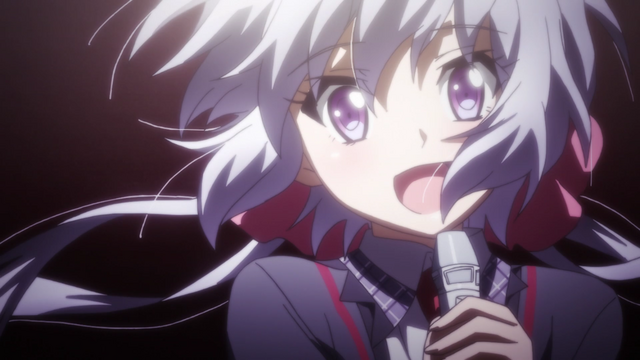 Seasons 1-3 of Symphogear are available now, with Season 4 currently being rolled out. You can also catch new episodes of Season 5, Symphogear XV, every Saturday as part of Crunchyroll’s Summer 2019 line-up.

What are your thoughts on Symphogear, and what about it would you recommend to a friend? Let us know in the comments!