Anime vs. Real Life: Where the Boys of given Jam out in Real Life

Check out these real-world locations of given! 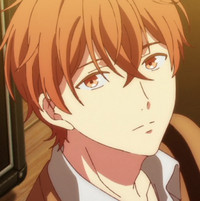 Due to the very grounded and musical nature of the show, it was clear from the getgo that given was going to put a lot of effort into making the instruments look as authentic as possible. And so, Mafuyu quietly wanders the streets of Tokyo, with his Gibson ES-330 guitar tightly strapped to his back at all times, trying to come to terms with tragic past events, hoping to find inspiration somewhere. But there are more elements that contribute to the anime’s atmosphere, like the fittingly moody soundtrack, or the show’s evocative soft lighting. And also the use of real-life locations plays its part making the slow-paced high school romance, about two bandmates bonding through the power of music, that much more believable. From the studio where the band practises to all the musical supply shops shown in the anime, they all actually exist, so let’s take a look at the real-world locations of given in this edition of Anime vs. Real Life!

One of the show's most important locations is without a doubt the band’s rehearsal studio, which is located in Tokyo’s Shimokitazawa district, just a little west of Shibuya. The ERA livehouse opened in 2002 and has rehearsal studios, live spaces, and bar spaces to offer. The band rehearses in the Rinky Dink Studio, located across the building's first three floors, in case you ever want to jam out there yourself. The anime even kept the Rinky Dink Studio name, it just changed the live house name from Era to Ela in the anime.

As a setting, the Shimokitazawa district makes perfect sense for a show like given. The tucked-away district has made a name for itself as a hotspot for creative people, and has plenty of independent fashion retailers and music outlets, as well as numerous live music venues to offer.

Mafuyu and Ritsuka, both with their guitars always strapped tightly to their backs, are standing in front of Shimo-Kitazawa Station here.

This little shopping street runs south of Shimo-Kitazawa Station. The larger international brands never really settled in the area due to the narrow streets and limited parking spaces, which is why the place is still thriving with smaller independent retailers.

In one of the side streets is also the Little By Tech repair and maintenance shop (which was also correctly named in the anime), where Mafuyu got to buy his blue overdrive pedal. Ritsuka is a regular customer here.

As already mentioned, Shibuya is only a short hop away, and obviously also has tons of musical supply shops to offer.

One of them being the Ikebe Jungle Guitars shop, which is where Mafuyu only found an overpriced effect pedal. This may or may not have been the reason why the anime decided to slightly alter the shop’s name to Umibe Forest Guitars in the show.

And what’s a trip to Shibuya without a visit to the Hachiko Statue outside of Shibuya Station. The famous statue has been an extremely popular meeting point in anime and real life for ages, and was even the spot where my parents met up for the first time.

The band’s two other members, Akihiko and Haruki, as well as Ristuka’s older sister Yayoi, all attend Tokyo Gakugei University in Koganei.

However, the main setting of the show is Machida, which is located in the western part of the Tokyo Metropolis. Both Mafuyu and Ritsuka live around the area and go to school here. The spiral-shaped sculpture in front of Machida Station was in the first shot of the first episode, and you can also spot the silhouette of the statue in the anime’s opening.

It took me an embarrassingly long time to find this Poplar convenience store, which was located just south of Machida Station.

The quaint Machida Nakamise shopping arcade is also located close to Machida Station. These prolonged silent segments of Mafuyu simply wandering through the neighborhood, which really let you take in the surrounding environment and the excellent ambient sound design, is one of the show’s greatest strengths.

Mafuyu walks from the station through the shopping arcade, all the way to the small Haramachida Wakaba Park here.

The park is close to the Machida Play House, another live house, where Mafuyu works part-time. It’s also here where he meets an old acquaintance of his, who knows about the tragic past events, which have been plaguing Mafuyu for a long time.

Be sure to tune in to given this week as well, as Mafuyu seems to be travelling to Kamakura, to finally confront his past!

What do you think of the show so far? Chime in and let us know in the comments below!