Touhou: Azure Reflections Is A Great First Step Into An Amazing Series

This shoot 'em up Touhou fan game will take the hearts of fans and newcomers alike! 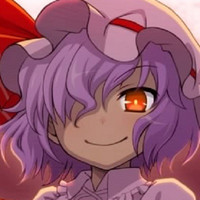 I’ve been a huge fan of the Touhou Project for a long time. I have loads of fond memories, from streaming “one credit clear” attempts for friends, to endless conversations about the messy but fascinating lore of the mainline series with other fans. So, back when it was announced that not only Touhou fan games but the main series would be coming to Steam just last year, I was ecstatic. Not only did this mean that there was a much more convenient way to get my hands on the games, but that a wave of new fans and interesting fan-created experiences were soon to follow.

Alongside the main franchise came RPGs about exploring the world of Touhou, a stellar Metroidvania set in one of the franchise’s most iconic locations (along with a bunch of fan-made bullet hell shoot ‘em ups just like the mainline.) Considering the franchise’s most popular aspect was a hail of bullets that became increasingly more dense as the levels progressed, each fan-made game took their own approach to such a visual spectacle. 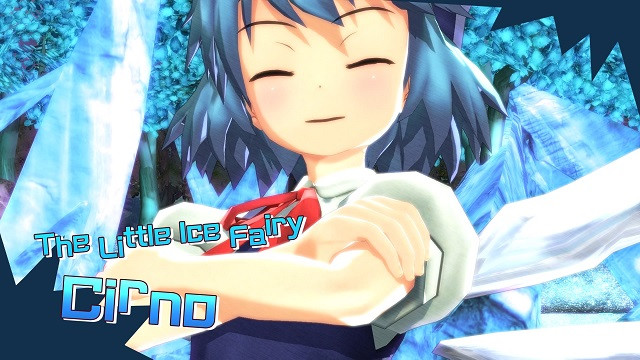 Touhou: Azure Reflections is one of the several bullet-hell style fan games that have come out on Steam and it arrives alongside its own interesting takes on the Touhou formula. With fully voiced characters and beautiful 3D models, we head to the Scarlet Devil Mansion from the first Windows game as one of three playable characters to fight well known characters from both the aforementioned first game and from other titles in the series.

Fans of the series will be familiar with most of its systems, such as the six stage format (plus an extra stage,) every boss having a series of special “spell card” attacks, four difficulties including Easy, Normal, Hard, and Lunatic, and a limited amount of lives alongside a limited number of arcade-style continues. Where Azure Reflections begins to mix things up, though, is now the player can shoot both in front of them and behind them as enemies and bosses can attack from either end of the screen. This means that while the setting, characters, and systems may feel familiar there’s an extra level of strategy that goes into the stages and bosses. 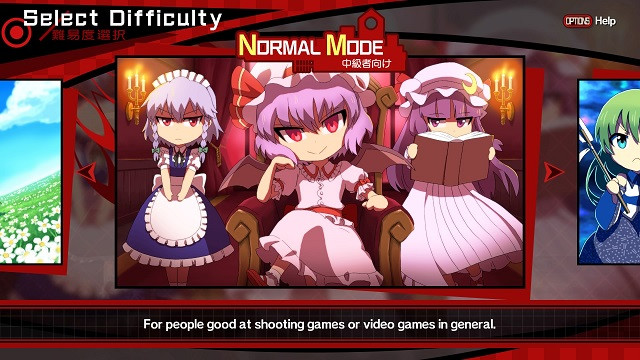 The plot is relatively simple - a red mist is covering up the sun just like in the events of Embodiment of Scarlet Devil, so you point a finger at the most obvious suspect. As a result, you set out as either Reimu, Marisa, or Cirno to go confront Remilia Scarlet to resolve the incident. In typical Touhou fashion, each of the characters have their own specialties and shot types. For example, Marisa is more powerful than the others and has a faster movement speed that's perfect for aggressive players, while also having relatively limiting shot types. Meanwhile, Reimu is less strong and a fair bit slower, but has access to a homing shot that lets players focus on dodging more than attacking.

The player is equipped with two lives and two “bombs” that temporarily make them invulnerable (and can even be activated in a small window after death to survive just at the cost of a bomb.) Each of the six main stages and extra stage are relatively short and feature a mid-boss as well as a standard boss that’s one of the characters from the mainline games, all of which drop power items that fittingly power up your attacks, point items that, well, give you points, and a green collectible that can be exchanged for accessories for the girls between runs. 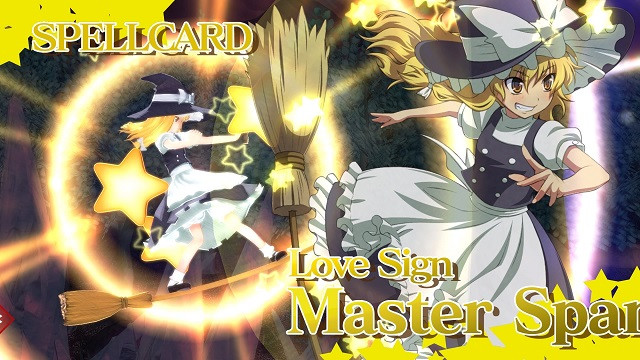 Where Azure Reflections begins to turn things on their head is the addition of a new “burst” attack and their adaptation of classic boss attacks. Now, alongside bombs, players have a gauge that fills over time and once it’s completely filled, you can unleash a large amount of damage by ramming into enemies while turning bullets into points. This new attack is the only way to finish off mid-bosses and every boss’ spell cards and in several cases it's even more useful than bombs as there’s no notable punishment for defaulting to it whenever you’re in danger.

On the other end of things, many bosses have attacks from their source game, but on occasion these attacks are modified to fit this game. On the better end of things, Cirno’s infamous Icicle Fall no longer has an incredibly simple blind spot on Easy. On the worst end, Sakuya’s spells and attacks no longer freeze time which unfortunately makes them a lot less impactful. Overall, many of the infamously hard attacks from Embodiment of Scarlet Devil, like Sakuya’s Eternal Meek, have been taken out in favour of easier attacks that still capture that Touhou feel.

In fact, I’d say that “overall easier” is a great way to describe Azure Reflections’ difficulty, as it's added a lot of conventions that make playing it much more accessible to new players. There's an option in the settings that allows you to always see your hitbox rather than just when you’re focusing fire, getting hit only stuns you and you have to get hit again while stunned in order to properly die, and bullet patterns are less dense even on the highest difficulty. 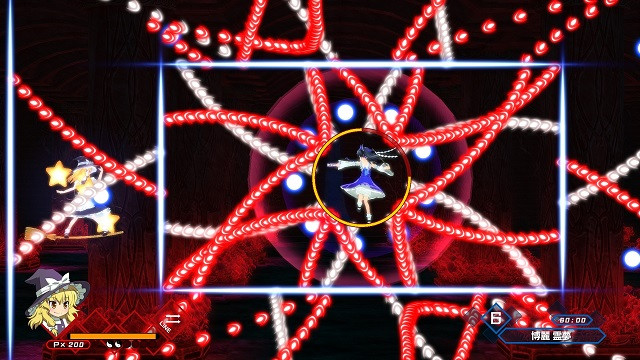 Along with these gameplay decisions, there was also the choice to use full 3D models for the characters and backgrounds, which makes for a tremendously pretty game. Additionally, every character is now fully voiced so you can hear every quip and reaction. A pretty large flaw, unfortunately, is that despite the game being available in English, not all of the Japanese dialogue is translated.

Specifically, during boss fights, the boss and the player character will quip back and forth at each other and unfortunately, none of it is subtitled or otherwise translated in any way. While the short one-liners that the characters say upon being selected or clearing a stage also aren’t subtitled, it’s a much bigger bummer that there are full conversations completely lost to players who can’t understand Japanese. 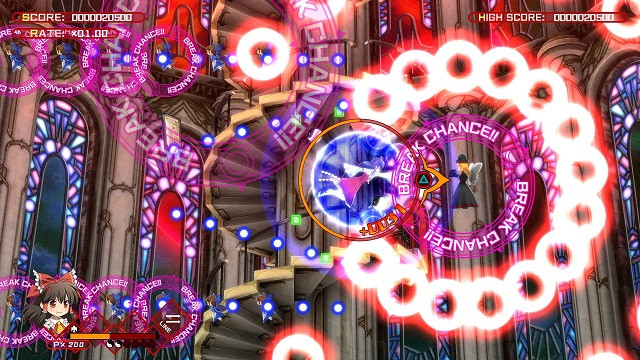 Whether you’re a fan of the mainline series or someone who’s been waiting for an easy way to get into the games, Azure Reflections proves to be an accessible but tough Touhou game that's absolutely worth playing. This game serves as both a great first step into Touhou  (especially with more and more of the mainline coming out on Steam since Hidden Star in Four Seasons’ release,) and as a nice callback with an interesting cast for those already familiar with the series. So, what are you waiting for? It’s time to go on a trip to Gensokyo’s Scarlet Devil Mansion!

Are you a fan of the Touhou Project or someone looking for a reason to take the dive? Let us know in the comments below!