How Pokémon Gold and Silver Made Kids Way More Popular

Having a cell phone made the whole world more vibrant 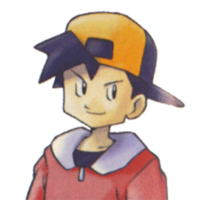 Twenty years ago, on November 21, 1999, Pokémon Gold/Silver were released in Japan. The first set of games in "Generation II," they'd take the foundation that was given in Red/Blue/Yellow and add numerous slice-of-life and game mechanic improvements, eventually creating my favorite installment in the series (Crystal). However, and I know this may seem like a shock, but I wasn't exactly having the best time back in those days when it came to my social circle. I know, I know. "How was a lanky dork that writes about anime for a living not extremely popular as a kid?" you ask. It boggles the mind. Who could possibly be popular if I, the living embodiment of cargo shorts, am not popular?

Regardless, I wasn't. People just didn't really flock my way for whatever reason, and so I immersed myself in fictional worlds like that of Pokémon. But, thanks to that Pikachu-filled series, my luck was about to change. Cue 90s teen movie montage music, because I (and tons of other kids like me around the world) were about to get really cool, really fast. 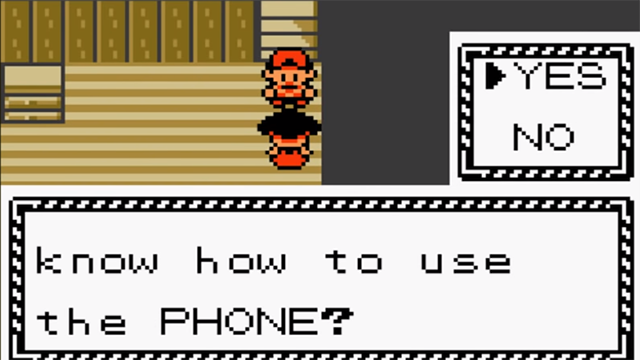 One of those aforementioned improvements was something called the "Pokégear," given to you by your Mom at the start of the game, just before she offers to "save some of your money for you." This sounds like a great deal, until you're notified a thousand times that, hey, she bought stuff with that money for you anyway, which isn't quite how saving money works, PokéMom. But the Pokégear was cool, and included features like the watch, the Town Map, a radio, and most notably, a phone.

Now, I had a phone in Gold/Silver way before I had a phone in real life. My LG VX3200 Verizon flip phone was still a few years away, so this was a big deal. And the first few numbers I logged on it were pretty standard: Mom and the two Pokémon professors I knew, with Professor Elm being excitable and nervous (I wish I could've dodged his calls. Leave me out of your weird egg obsession, bro,) and Professor Oak playing the distant Uncle. But that fourth number would change everything—on Route 30, I met a kid by the name of Youngster Joey, and he was super excited about his Rattata. 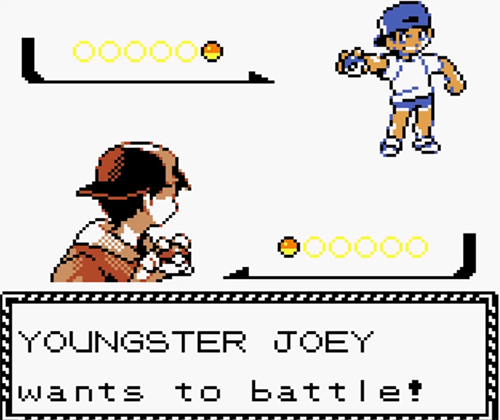 In real life, I was on the cusp of leaving elementary school and heading into middle school, and the Pokémon obsession that had enraptured my extremely small group of friends was slowly beginning to fade away. They were becoming more interested in school dances and being dropped off at the local mall. Meanwhile, I was still Pokémon-ing it up, still glued to my Game Boy Color and realizing that I had increasingly less in common with some of the people around me. But I had a TON in common with Youngster Joey. Here was a guy that was calling me just to talk about Pokémon and invite me to come hang out. Sure, I could take or leave Rattata (Nothing against the critter. It's just never been a staple of any of my teams), but it cemented Pokémon as being a franchise about how we not just connect with monsters, but with other people.

From then, I'd go on to amass countless numbers throughout the Johto region. To name a few: Wade, who was all about reminding you when the bug catching contest was, and Kurt, who tumbled down the Slowpoke well and now concocted new Pokéballs out of the apricorns I brought him, Anthony, who reminded me whenever the Dunsparce were swarming, and Juggler Irwin, with his team of four Voltorbs. Did he juggle those Voltorbs? I mean, it would certainly be befitting of his hobby, but it sounds pretty dangerous given the nature of Voltorbs. RIP Juggler Irwin, just in case.

However, in Gold/Silver/Crystal, you could only have up to ten contacts in your phone (the remakes would give you limitless space). This meant that I had so many friend options that I had to curate who made the cut. It was great practice for eventually deciding who to put on my Myspace top 8, though I always felt a twinge of guilt whenever I'd tell them no, and they'd say stuff like "Well, if you really don't wanna..." But I DID, Camper Todd! I'm not a jerk. I just have very limited technology!

And while this was mostly a game of "Wait for them to call me and tell me that important stuff is happening," sometimes I'd call them, just to see if anything was going on. It made perfect sense to me as a kid. Even if they were fictional characters, they deserved to have someone reach out to them and check in to make sure that they were doing well. Even if their response was "ME AND MY RATTATA ARE GETTING EVEN STRONGER!" for the fourth time, it seemed like the kind thing to do.

Unlike Red/Blue/Yellow, where you just kind of accomplished things, got thanked for them, and eventually became the most powerful monster collector in the country, Gold/Silver/Crystal made you an actual part of a network of friends. You impacted people's lives along the way, so much so that they wanted to keep in touch. I don't think that's the exact definition of "popularity," but it seems like a nice goal to have, whether your world is fictional or real.

What memories do you have of Pokémon Gold and Silver? How did you like the phone and Pokégear items? Let us know in the comments!