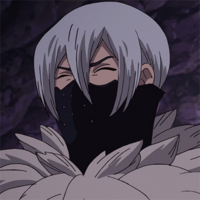 I love henchmen. In a James Bond movie, am I focusing on the rogue general or suave tycoon who sits in a chair and explains the master plan to 007? No, I'm focused on the jacked, silent man standing beside him, the one with a name like "Hans" or "Jaws" or "Oddjob" or "Necros," the one who Sean Connery is gonna wrassle in about twenty minutes. When Lex Luthor gathers up the Legion of Doom, am I fixated on his bald head? Absolutely not. I'm wondering just how Solomon Grundy and Toyman plan on working together in order to stop the Super Friends. And when Hyoga first appeared on Dr. STONE with his face all masked up and his spear skills on full display, I was delighted.

See, Tsukasa is great. He's like Tarzan if he listened to death metal instead of Phil Collins. But Tsukasa needs a Hyoga figure, partly because it illustrates a major thing about Tsukasa: He's pretty paranoid about the threat of Senku's science, so much so that he delegates his tasks to another strong dude instead of just going over there and trying to break everyone's neck himself. Tsukasa's first appearances was him waking up and immediately turning lion spines into paste. He didn't even need to have coffee first⁠—he just activated like RoboCop and was ready to alter the food chain of the planet. 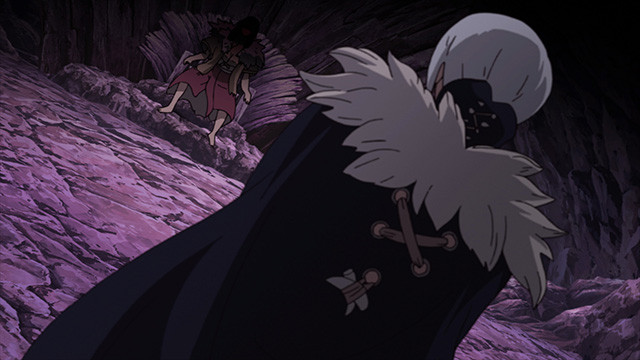 So, to see him sitting in a cave, being the guy who gives orders to others and surrounding himself with people like Hyoga is a nice evolution of his character. Because while he probably could literally eat Senku and win this whole war, he's gotta be careful now. Plus, from a purely storytelling point of view, it keeps Tsukasa fresh and keeps the suspense about him alive. He wouldn't seem like a very worthy villlain if every episode ended with him saying that he would've gotten away with it if it wasn't for those lousy science kids.

Plus, Hyoga is just awesome. He's not as physically imposing as Tsukasa and I know that henchmen are usually around because they can bench press more than their weaselly boss, but this comparison makes their dynamic more unique. Plus, Hyoga is well-trained with a spear, and wears a mask and a cape. That radiates pure villain-ness. I'm not saying that Tsukasa and Hyoga need to start practicing evil laughs together, but a certain amount of flamboyancy is appreciated. 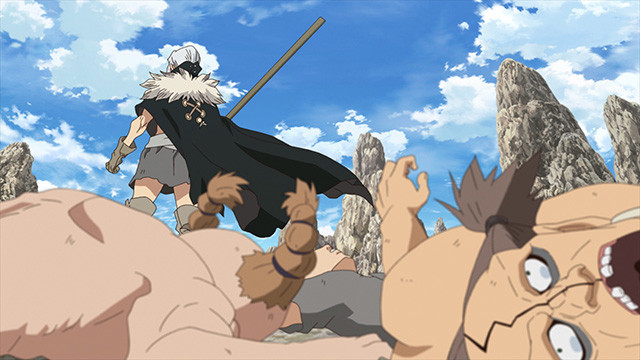 Overall, the addition of Hyoga makes me like Tsukasa more. And you can see examples of this all across anime. In Dragon Ball, Frieza is cool, but he's made better due to the fact that he's got Vegeta working for him at times, his elite troops like Zarbon and Cui by his side, and the Ginyu Force on call. And as Goku and the Gang run through most of them, you only get teases of Frieza's true power. It builds up the anticipation for the eventual fight with Frieza because if Zarbon is this tough, then imagine how awe-inspiringly powerful Frieza is gonna be.

In One Piece, one of the most beloved villain groups is Baroque Works, led by Sir Crocodile. But aside from the fact that all of the BW villains will eventually make for great match-ups with various Straw Hat Crew members, they just look cool, design-wise. Eiichiro Oda gets to flex his advanced villain-drawing muscles and Crocodile gets a glow-up with Miss All Sunday or Daz Bonez by his side. 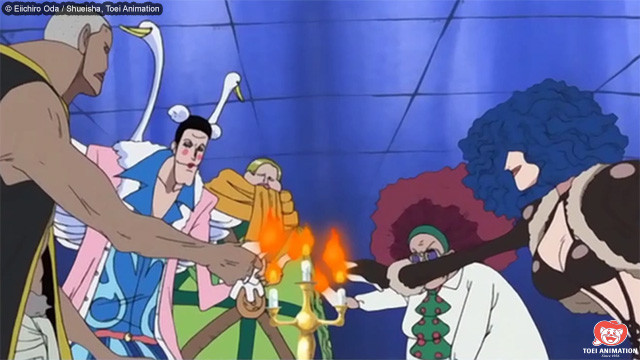 In Sarazanmai, one of my favorite anime of 2019, it's the "dirty cop" henchmen Mabu and Reo that actually provide a lot of the emotional backbone of the story (and a lot of the dancing). Their inclusion and storyline add necessary complications to the plot and give us layered characters to empathize with. In a story full of metaphor and symbolism, especially when it comes to the antagonist side of things, this pair grounds it all into something relatable and lovable.

And in Black Clover, when Patry puts his grand plan in action, he sacrifices three of his own henchmen. And main villains being like "I no longer need you" to their servants and offing them is nothing new, but the fact that it's Valtos, Rades and Sally, three characters that you've actually gotten to know over the course of Black Clover's story, increases Patry's capacity for villainy. If he's willing to disintigrate his most loyal yes-men, is there anything that he won't do? 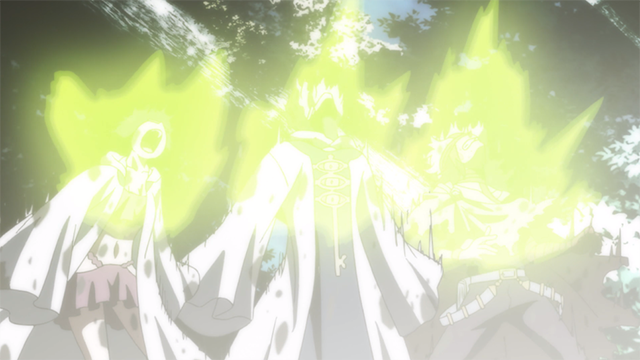 Overall, the pairing of Tsukasa and Hyoga is another great example of the primary antagonist/awesome henchman system that shows up in many great anime. And while I don't know where their story is going, I'm excited to see what's in store. Because if Tsukasa alone made for a thrilling plotline, then the addition of Hyoga is only gonna make things more rad.

Are you a Hyoga-maniac? Who is your favorite anime henchman? Let me know in the comments below!

Daniel Dockery is a writer and editor for Crunchyroll who believes in #justiceforsolomongrundy. You should follow him on Twitter!