Today we'll explore how the ongoing 'Princess Connect! Re:Dive' embodies the strengths of one of Isekai's greatest comedies 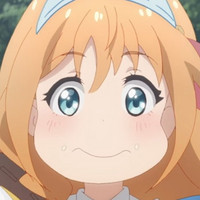 Hello everyone, and welcome back to Why It Works. Konosuba has turned out to be one of the most beloved and lasting anime comedies of recent years, and for very good reason. The show manages to strike a difficult balance of slapstick, insults, and genuine heart, with its central group of selfish, petty idiots constantly tearing each other down but also frequently supporting each other. Additionally, in an environment where self-aware Isekai productions are a seasonal staple, Konosuba manages to still find novel, hilarious jokes in its commentary on its game-like fantasy world. Finally, Konosuba also looks great, and perhaps more importantly, looks fun. The bright, inviting colors, goofy monster designs, and loose, exaggerated style of animation all add up to a world you’re always eager to visit — a world perfectly designed for comedy and adventure. 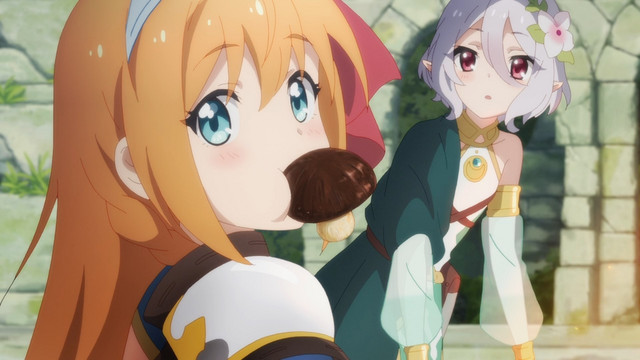 We’re not getting more Konosuba this season, but fortunately, Princess Connect! Re:Dive is carrying on the show’s charming and hilarious spirit. Today on Why It Works, let’s break down just how Princess Connect carries on the legacy of Konosuba, and why you should check out this season’s funniest production!

First off, the biggest point of connection between Konosuba and Princess Connect is their director, Takaomi Kanasaki. The style of storytelling, comedic timing, and visual sensibilities Kanasaki employed on Konosuba are all in appearance in Princess Connect — and what’s more, Princess Connect is actually based on a mobile game, as opposed to a series of light novels. What this means is that Princess Connect isn’t really bound by any existing narrative structure and is free to adopt whatever narrative or comedic purpose Kanasaki prefers. In fact, it is Kanasaki himself who handled series composition on Princess Connect and thus charted the course of its overall narrative. It’s as if Konosuba’s director were essentially given a vague Isekai template and a blank check and told to do whatever he thinks will make the best show. 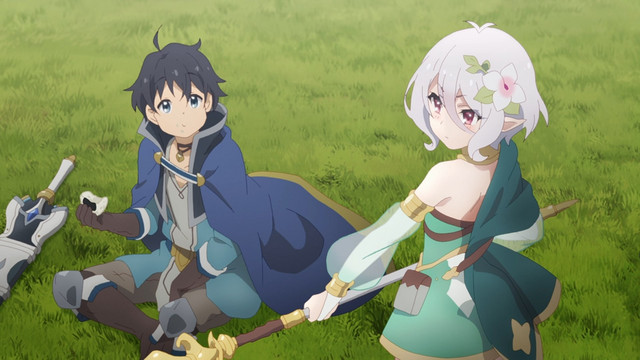 What this has translated to, in narrative terms, is a gleefully funny and often oddly heartwarming production full of many of the same style of genre-savvy gags Konosuba is known for but told from a completely new perspective. For example, while Kazuma’s personality was pretty much the textbook “entitled otaku” archetype, Princess Connect instead takes the idea of a “blank slate protagonist” to its natural endpoint, offering a destined hero who essentially doesn’t know anything at all, attempts to eat money when it’s handed to him, and must be perpetually pointed in the right direction by his helpful teammates. Watching our grand hero get dragged away by hungry wolves again and again feels like a classically Konosuba-style gag, but refracted through a new prism of character and worldbuilding charm.

Princess Connect also echoes Konosuba’s style of playful, exaggerated animation, as well as its wonderful expression work. Many of its most visually entertaining moments are dedicated to the insatiable Pecorine, who eats food and chases after her sword with equal gusto, and with equally exaggerated movements. But at the same time, Princess Connect is also able to pull off some wild feats of genuine action animation. The climax of the first episode is a perfect example, when the hero’s strength-buffing powers allow his teammates to go completely wild. 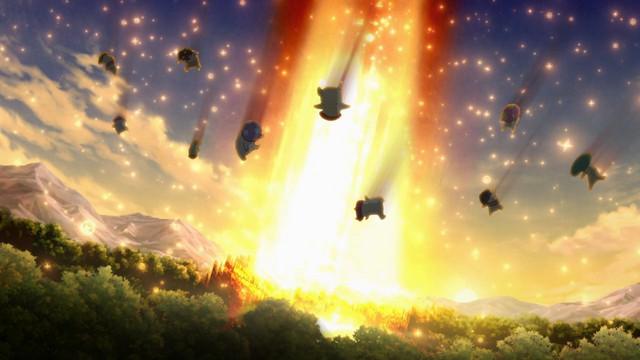 This sense of visual continuity also extends to the show’s monster designs, as well as its style of slapstick comedy. Battles like the first episode’s faceoff with a bunch of angry mushrooms feel like a natural sequel to Konosuba’s giant frogs and killer cabbages. And I will always be amused by the inherent comedy of Princess Connect’s extremely stupid-looking wolves.

All of that said, Princess Connect is clearly treading its own path. While Konosuba focused on a group of generally self-absorbed idiots, Princess Connect’s cast is actually full of very nice people who have charming chemistry together. Rather than falling toward the harsh, violent end of comedy spectacle, Princess Connect instead leans in a more slice of life direction. There’s plenty of cartoonish slapstick, but also scenes centered on its endearing characters simply sharing a meal together, or enjoying the sights of life on the road. 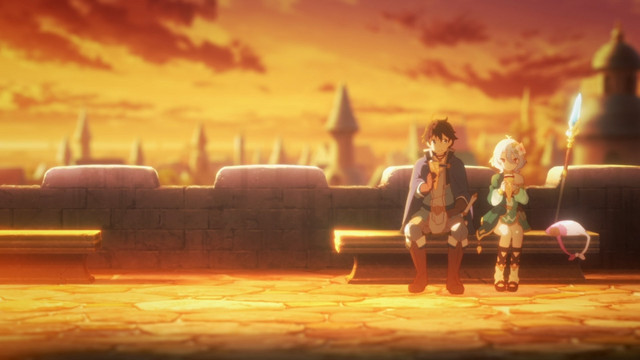 And Princess Connect is abundantly capable of conveying the beauty and charm of those moments, by virtue of its beautiful background art and effective post-processing filters. Princess Connect’s world feels like a place you’d love to visit, with both its strong art design and likable characters creating a strong sense of warmth and security. These strengths give Princess Connect a distinct and novel emotional appeal, moving beyond pure farce into a show that’s as lovable as it is hilarious.

Altogether, Princess Connect demonstrates that Konosuba was far from a flash in the pan and that a great staff can make any production into something special. It carries on many of Konosuba’s greatest qualities while clearly charting its own path, and offering a style of comedy and charm all its own.

I hope you’ve enjoyed this breakdown of Princess Connect’s strengths, and let me know what you’re all enjoying about this new anime in the comments!