A new spin on the genre helps a lot 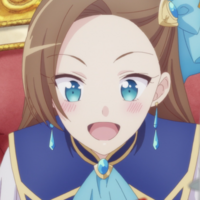 A confession: I have never liked harem series. I understand the appeal — it’s a power fantasy, where the main character can be surrounded by people who unconditionally love them. It also indulges the viewer that they, too, can imagine themselves in that same scenario. Being surrounded by gorgeous people is a dream! Still, for some reason, harem series never clicked with me. I’m also not a fan of otome games, so I was very ambivalent going into My Next Life as a Villainess. I didn’t expect to like it this much. So what drew me in? What made it so much of a fun watch, even to someone who never thought they'd like a harem series? 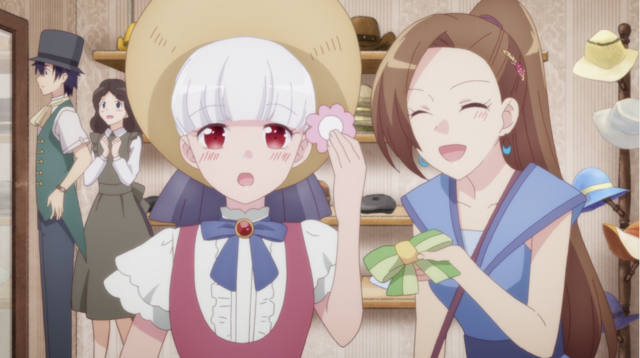 The first thing that stands out is that I like all the characters — and there aren't too many of them. Sometimes the harem becomes so large that it becomes spread thin and you can't appreciate the nuances of each character. Each one here is vastly different from the other. And while they may all have a common goal, their personalities and what binds them to Catarina could not be more different. You can't mistake the loyal Keith for the more rowdy Alan, despite them both forming a bond with Catarina around the same time. While I have my personal favorite romantic candidates, for the first time I think I’d be okay with Catarina ending up with someone who's not my top choice. They all seem like they care for Catarina as a person first and foremost, so there doesn't seem to be a bad pick in the bunch!

While the power of the harem is having people unconditionally love you, there’s also the fact that Catarina doesn’t seem to be aware of the power she holds. She is under the impression that all of them are mere friends and still believes things will go the way they did in the game (despite the fact that her impact has already greatly changed even the characters' personalities). Of course, Catarina isn’t the first harem protagonist to be completely oblivious, but there’s something genuine about the way she goes about it. Since she is in a friendship-only mindset, she wants the best for her friends. She is wishing for their happiness and wanting them all to bond with each other too, even if she has yet to realize that she's the one in the spotlight. That leads to a lot of situational humor, which makes the show an absolute blast. 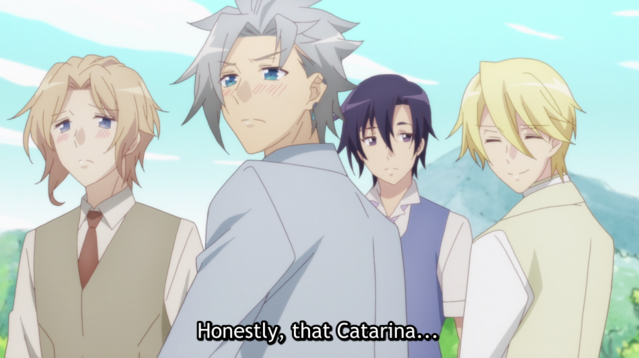 What was most impactful for me is how exactly each one of them came to fall in love with Catarina. While each person has their own reasons and all of them are understandable. Catarina brings confidence, puts effort into seeking people out, and is always surprising. Who wouldn't fall for someone who looks out and cares for you? A few are more gradual and increase as they spend more time together, such as Geordo coming to value the excitement that Catarina brings to his life and Mary warming up as Catarina makes an effort to get to know her. While she may be dense and clumsy, she is a good soul, one who has been part of their lives for a long time. Regardless of whether they started out romantically attached, they have come to fall in love with her. We see that initial spark, but the flame is tended to over time. While instant, passionate love is really fun, it’s nice to see a relationship build up naturally, too.

Most importantly, it’s understandable why Catarina would be the object of their affections. She is different than most nobility and she has a kind heart. While her main objective is (unbeknownst to the majority of the cast), wanting to survive her time at school and escape her upcoming bad end, she is a nice person at heart. While her initial plans focused on changing up certain events, most of Catarina’s relationship building has been due to her being kind to the people around her. She reaches out, she apologizes when she’s in the wrong, she doesn’t take her status for granted. Even if it’s unbefitting of her position, she is genuine at all times, and people find that charming. Over time, she has changed their lives for the better. And even before romance came into play, she was their friend. 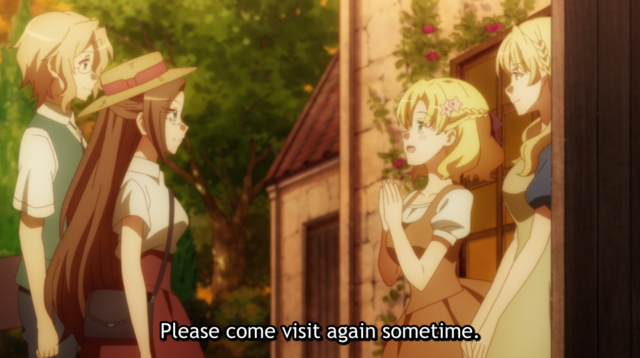 I'm usually not a fan of power fantasies — which the harem grounds itself in — but to say Villainess isn't a power fantasy is untrue. It is, but it doesn't have to do with being the most powerful person alive. Catarina starts out wealthy and engaged to the prince, sure, but she isn't aiming to be queen. Her ambition isn't what draws people to her — being a nice person is. Her power is simply using her kindness to (hopefully) avoid tragedy, to change the world around her. With how things are now, that's a fantasy I can get behind. So thank you, Villainess. Thank you for reminding me that it isn't that I dislike the genre, but that I needed a new spin on it to really get into it.

What drew you to Villainess? Let us know in the comments!