FEATURE: The World is the Game, Designing Worlds after Breath of the Wild

Let's explore how Breath of the Wild has changed developers' approach to game design! 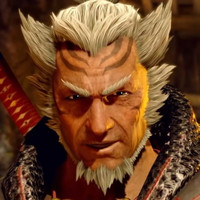 Hello everyone, and welcome back to Why It Works. With the holiday season approaching and a number of pushed-pack games finally seeing the light, we’ve been receiving a wave of exciting announcements and updates over the past few weeks. And among them, few had me more excited than the announcement of a brand new Monster Hunter game. If you haven’t heard, Monster Hunter Rise will be coming to the Switch next year, brimming with ornery new beasts to conquer and capture. 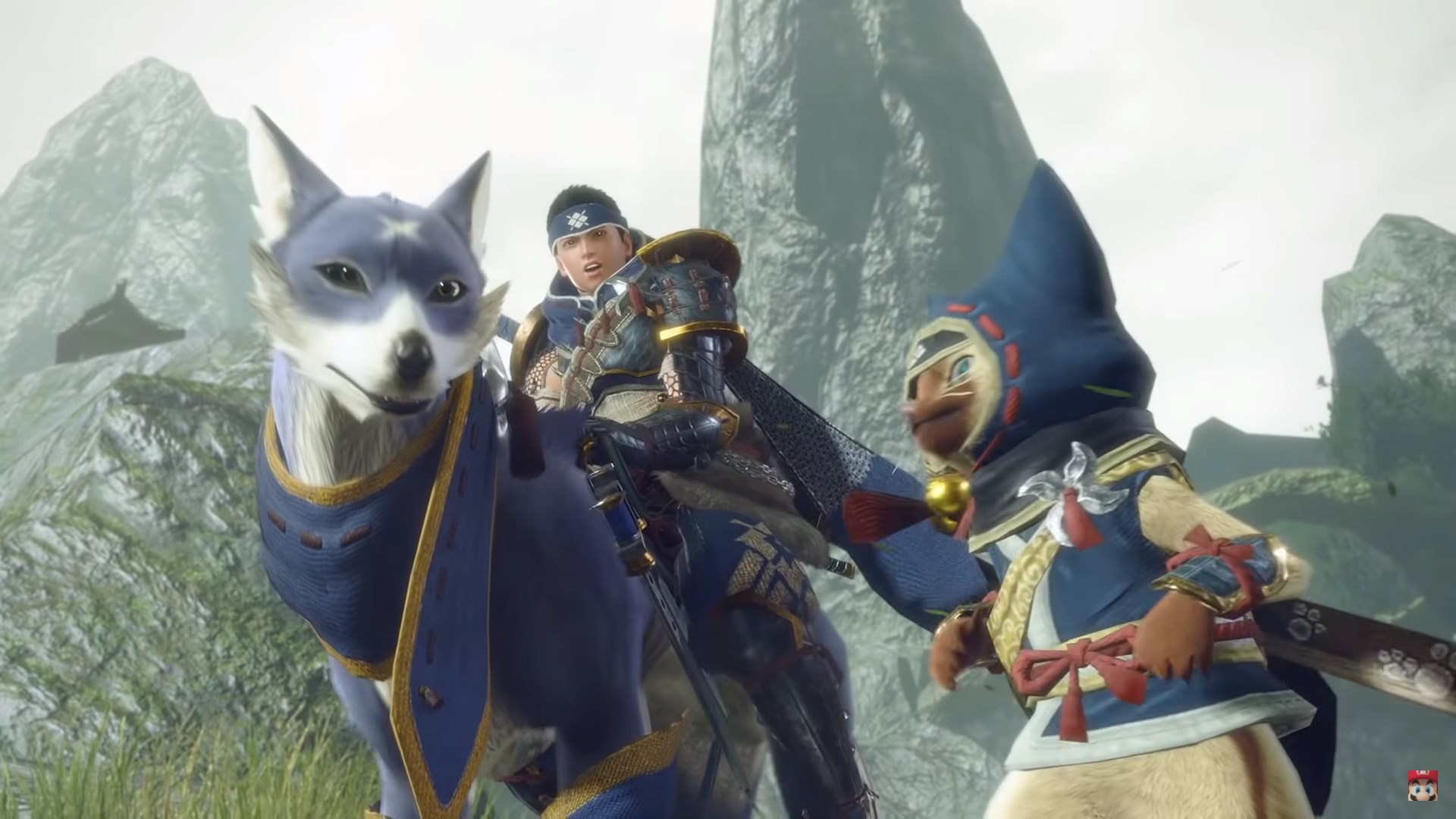 Along with featuring plenty of bizarre monsters, one of the things that stuck out to me most within Monster Hunter Rise’s announcement trailer was the surprising freedom of movement possessed by the player’s avatar. While individual tools like the Insect Glaive have allowed monster hunters to take to the skies, Rise seems like it’s been designed from the ground up with more of a sense of verticality to its design and more places to physically explore. Heck, even the title “Monster Hunter Rise” seems to imply that scaling great heights will be precisely what sets this game apart.

In earlier titles, Monster Hunter fights took place in zones that weren’t much more complicated than standard, relatively flat battle arenas. Monster Hunter World complicated this, creating expansive, shifting worlds that you could run up and down, chasing your quarry all the while. And Rise seems to be pursuing this instinct even further, creating not just sprawling landscapes to explore, but worlds that extend upwards, and which you can scale freely, without the restrictions that even World placed on your pathing, jumping, and climbing abilities. 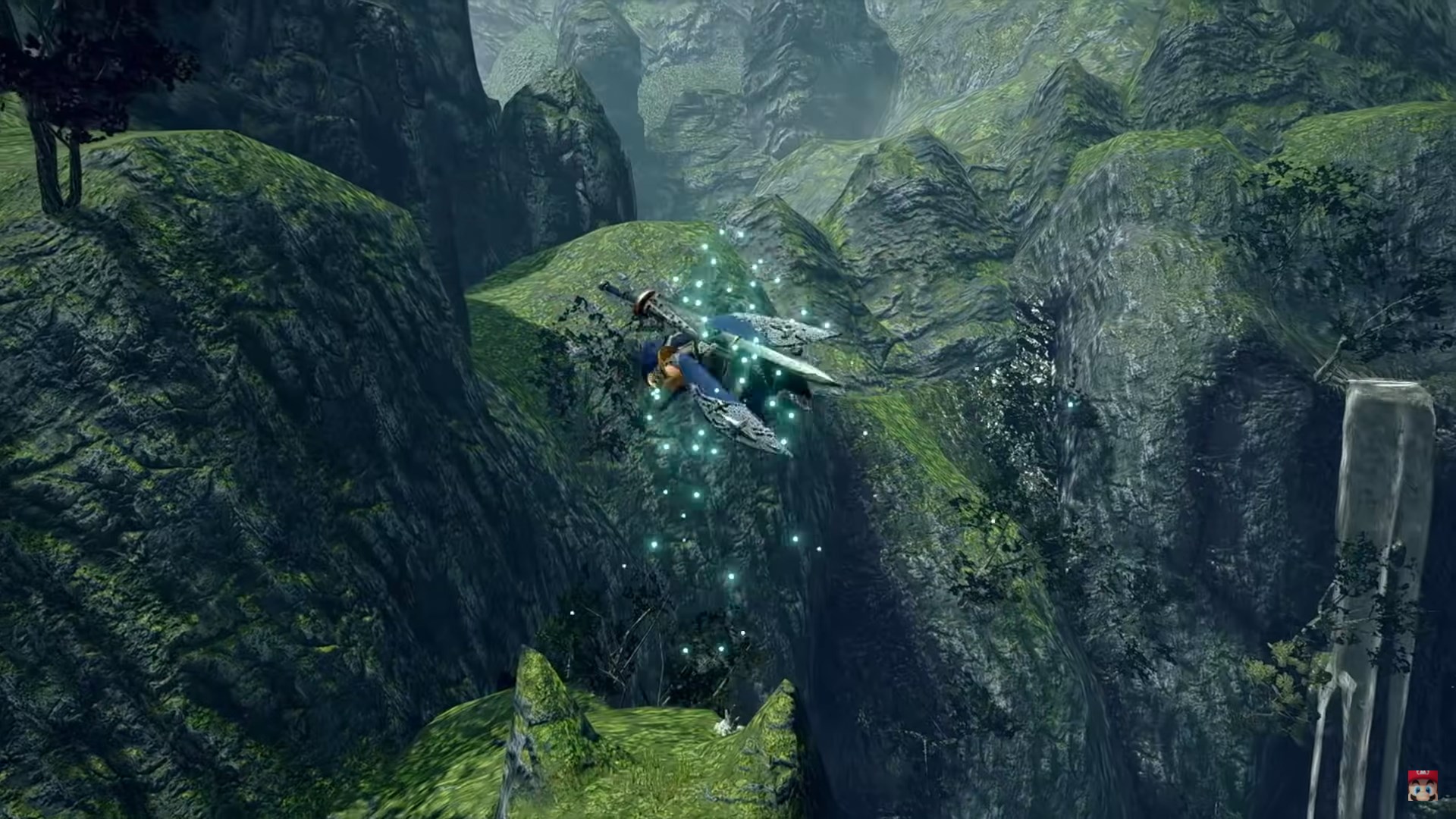 Personally, I’m thrilled to see this shift toward more vertical and environmentally-focused gameplay, and though the game industry is a vast and complicated organism, I believe one game, in particular, has helped steer the overall course of open-world designs in this direction. Though it was a landmark title even in its own storied franchise, I believe this game’s most enduring legacy will be through how it changed the way developers approach open worlds, something that’s only become more apparent in the years since its release. I’m speaking, of course, about The Legend of Zelda: Breath of the Wild.

Open-world games have been a part of the industry landscape for decades, evolving from platformer stages and sandboxes like Grand Theft Auto III into their current incarnations. However, while “exploring a vast, open world” is a standard part of the pitch for these games, that concept is rarely incentivized by games’ central design features. There are many games that take place in open worlds, but which are not really “about” their open worlds — they are about the missions and objectives you complete within them. The cliche example would be the Ubisoft model, where their worlds are always brimming with objects to check off, but not that much to actually do in terms of your relationship with the landscape. These games frequently boil down to two categories of terrain: places you can explore without effort and places you can’t explore at all. 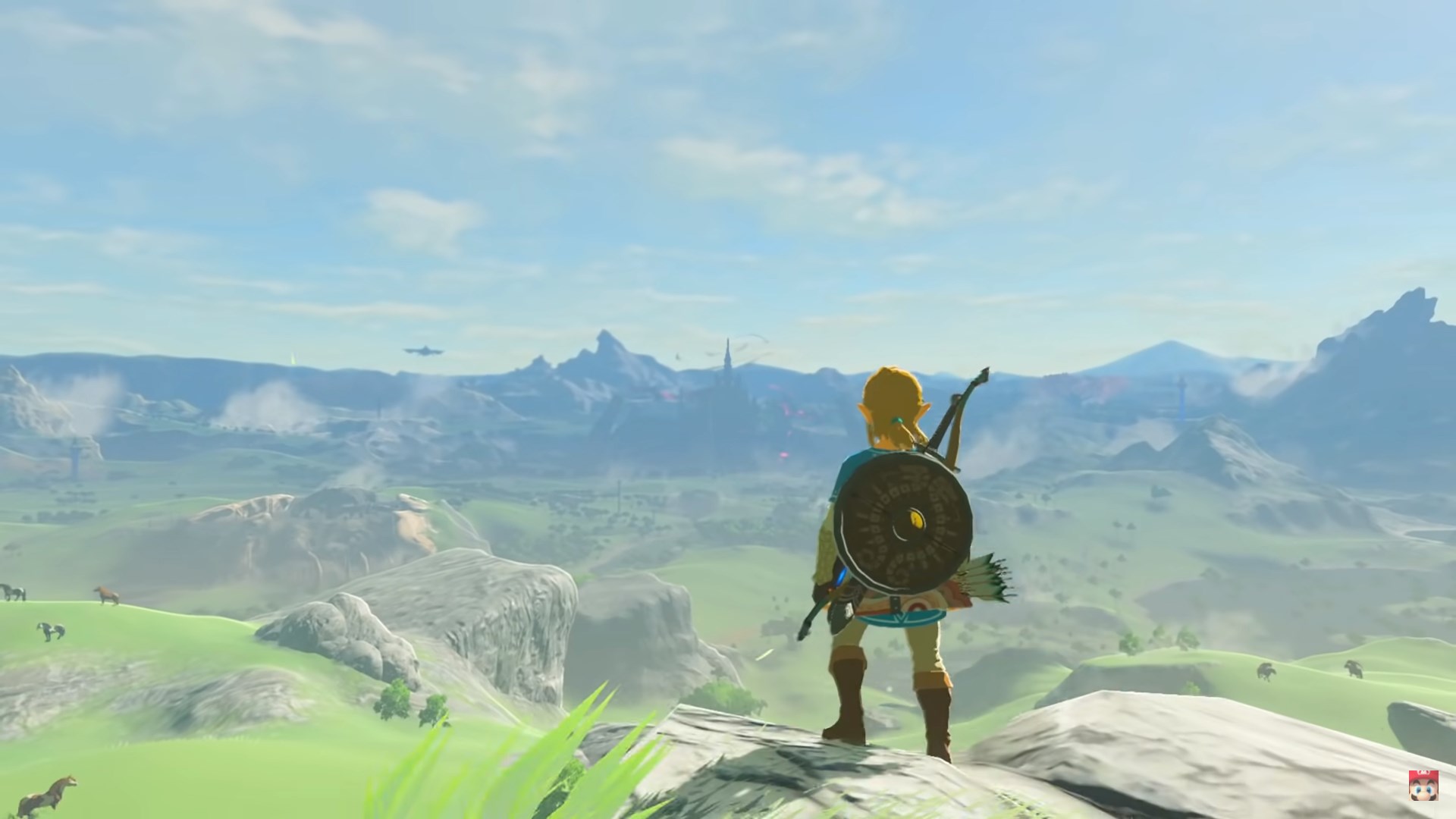 Breath of the Wild changed that. Rather than the open world simply being the map on which you play the game, Breath of the Wild’s map is the game. Anywhere you can see, you can go — and charting your path there is itself a fun process of discovery and mastery. It’s fun to run and jump, fun to climb, fun to figure out how to use your limited stamina and health to scale unimaginable heights or traverse impassible caverns. The movement within the world is the core gameplay, meaning rather than forcing developers to fill their empty worlds with stuff to do, they can focus on making the world itself a fun “thing to do.” There’s a thrill in approaching a new set of environmental hurdles, and an even greater thrill in overcoming them, proving your mastery of this world through careful routing and skillful agility. Breath of the Wild is, in my mind, the first open-world game to fully and successfully make the journey itself the point.

Breath of the Wild’s gameplay revelations felt even more stark back in 2017 when no other developers had yet had the time to internalize its lessons. It was extraordinarily difficult for me to switch from Breath of the Wild to Horizon: Zero Dawn, a game that came out around the same time. Your pathing was limited, your “platforming” was essentially Uncharted-style “jump to the jump point” command prompts, and the map was more a restriction keeping you from the gameplay than a part of the gameplay itself. Horizon was fun, but after I played Breath of the Wild, its world design already felt hopelessly dated. I want the world itself to be my challenge now, or at least a key part of it, in order to not only make for a more satisfying gameplay experience but also build a personal, memorable relationship with the world itself. 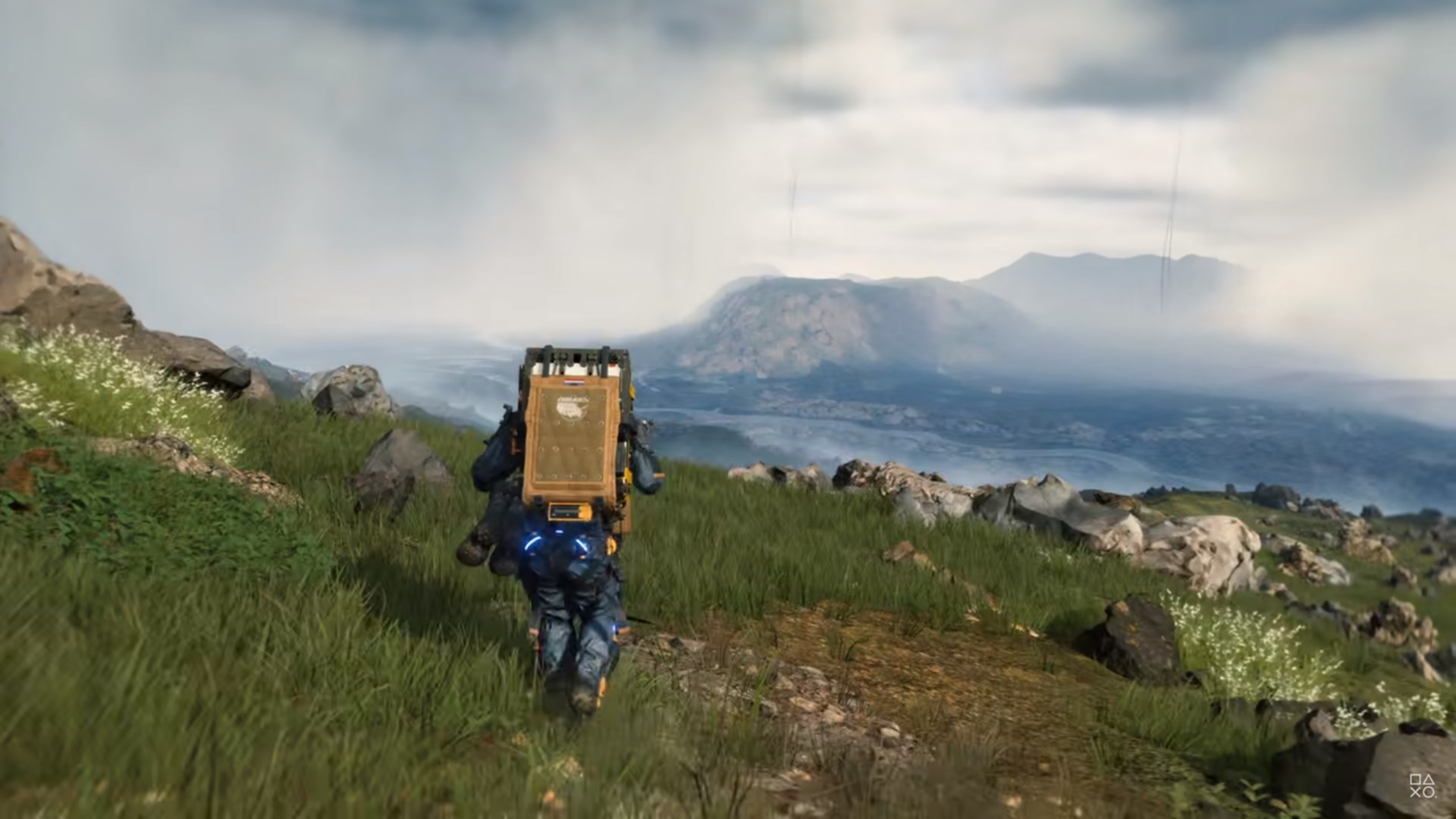 A few years after Breath of the Wild, we began to see the results of developers connecting with this revelatory game. In 2019, Hideo Kojima’s Death Stranding embraced a similar philosophy of “traversing the world is the gameplay itself,” shifting from Breath of the Wild’s bouldering-focused adventures to a system where the most minute shifts in your weight and footing might spell disaster. Kojima developed his gameplay system independently of Nintendo, but he came up with a very similar solution, and it resulted in a game where something as basic as a rocky hillside or sudden shower could essentially serve as a “boss battle.”

Now we’re finally starting to receive games that seem to call back to Breath of the Wild’s innovations. Ubisoft themselves recently reimagined their upcoming Immortals: Fenyx Rising, shifting an unrelated property into one that echoes both Breath of the Wild’s approach to environmental design and its visual aesthetic, while Genshin Impact is clearly taking world design cues from Zelda as well. Next, we'll see Monster Hunter Rise, a game that seems determined to expand Monster Hunter’s drama into the rocky heights, by hopefully fusing it with some tighter character movements. 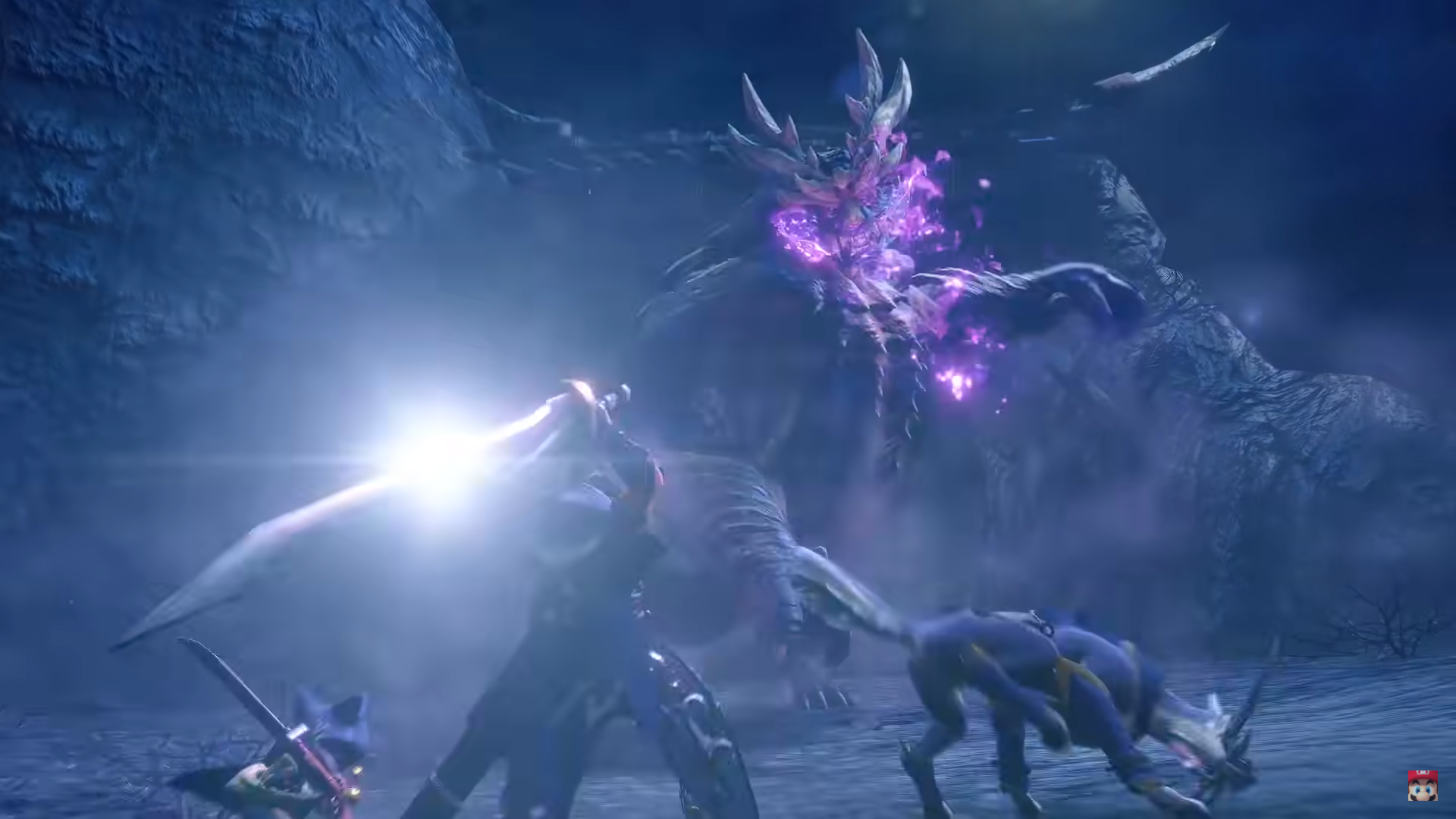 I frankly don’t know whether Monster Hunter’s arcade-derivative gameplay is a natural fit for Breath of the Wild’s naturalistic, almost inherently contemplative approach to world design. But I’m excited to see more studios taking advantage of Breath of the Wild’s key innovations and only hope more games begin embracing the potential of making the open worlds themselves the gameplay appeal. This is an exciting time in open-world games, and I'm eager to see what the future holds!

I hope you’ve enjoyed this discussion of game design, and please let me know all your own favorite open-world games in the comments.