FEATURE SERIES: My Favorite One Piece Arc with Maffew

Let's journey to the Alabasta Arc and battle the amazingly cool Sir Crocodile with Maffew! 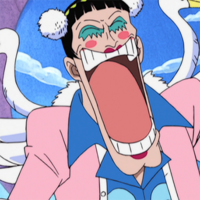 My next guest in this series is Maffew, creator of the popular pro wrestling web series Botchamania. For my chat with him, he chose the Alabasta Arc, in which Luffy and his crew not only have to save a desert kingdom but also topple Baroque Works and its powerful leader Crocodile.

A note on spoilers: If you haven't seen the Alabasta arc yet, this interview does contain major plot points. Watch the Alabasta arc starting RIGHT HERE if you'd like to catch up or rewatch! 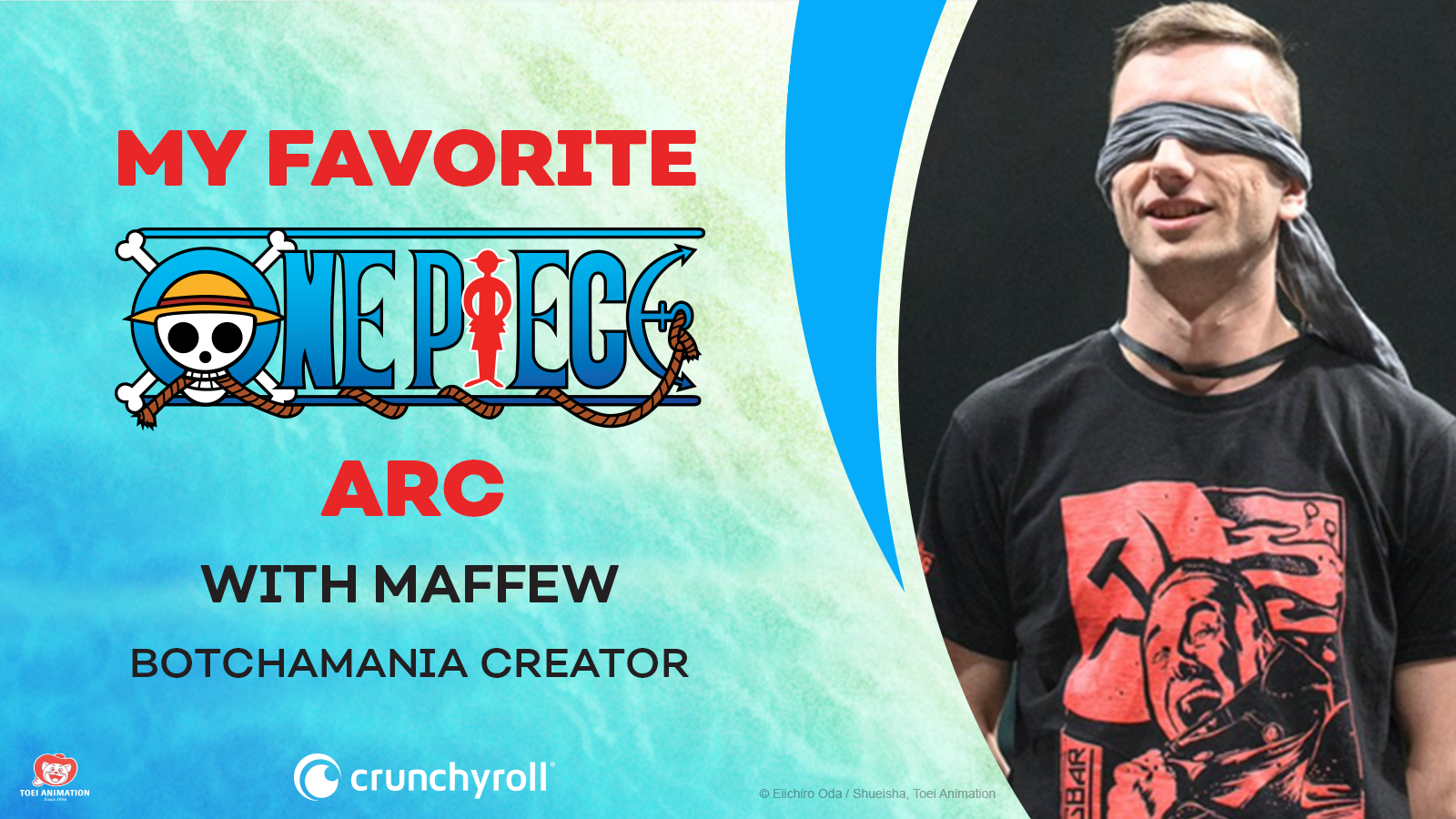 Dan Dockery: So I guess my first basic question is, let’s say for some reason, I got to the end of Drum Island and I said “Well, One Piece ends here for me. This seems like a good finale.” What would you tell me to keep me going into the Alabasta Arc in one sentence?

Maffew: Well, after Chopper has made all the kids cry, you’ll need pickin’ up.

That’s pretty good! What was the impetus for you getting into One Piece? What made you want to jump into an anime that’s nearly one thousand episodes long at this point?

I think I tried watching it on YouTube back in 2009, and I just couldn’t get into it. At that point in my life, I wasn’t ready for a character like Luffy and his adventures, and I couldn’t wait for the villains he fought to kill him. So I dropped it. A year later, I’m in Germany and this wrestler ACH was doing a Q&A panel for this German wrestling organization called WXW. And ACH is a REALLY big One Piece fan, and even dresses up as Luffy in New Japan and Ring of Honor. And I was like “Hey, you watching JoJo?” because that was my thing at the time, and he was like “No, no. Just One Piece.” I said, “What else are you watching?” “Just One Piece.” And I’m like “Wait, what? Just the one?” But he was sellin’ it to me like he was a One Piece ad on QVC. And guys like Steve Yurko are so passionate about it, and if one person tells ya to watch something, you’re like “Eh, whatever,” but if five people tell you, you start to pay attention. So I’m gonna blame ACH and my good friend Steve Yurko for this. 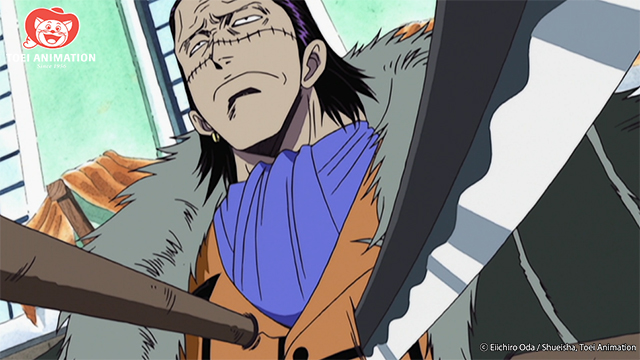 What do you like about this arc in particular?

You get so much wonderful worldbuilding. They go to Alabasta, meet up with Mr. 2, and it’s one of those cool interactions where they’re meeting, but they don’t know who they are meeting exactly, like when they meet Blackbeard in Jaya. So later on, they’re like “Oh, it’s THEM!” There’s a real sense of everything not being really pre-determined at this point. It’s building everything through a bunch of pirates just doing stuff. Ace shows up, knocks out some assassins so he can get his royalty checks.

That’s such a funny way to put it.

Then we get Kung-Fu Dugongs, and they’re a pretty pure expression of One Piece. They’re all synchronized, they’re adorable, they play their part amid all the serious stuff, and they’re completely ridiculous, but they work anyway. And it’s with Alabasta that Eiichiro Oda starts to perfect the tropes that he puts into place throughout, with the new islands, the new leader who everyone loves but is actually a bad person, the crew having to deal with him and the Navy, them having to help put someone back in their position, etc. And even though, on paper, it reads like “Well, he’s gotta beat this dude and this dude and this dude,” it’s so much more chaotic and less formulaic than you’d expect. It keeps things interesting.

I agree. I like how he takes all of these pieces and he’s consistent with them, but Oda always plays around with how he sets them up. 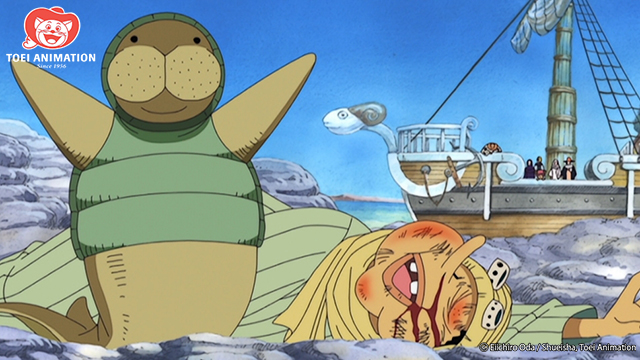 But it’s all a foot massage before the real reason to watch Alabasta: Sir Croc.

Are you a big fan of him? That dude is so cool, conniving and powerful. He’s kinda the perfect villain.

Back when I was being miserable and first watching One Piece, I really liked him. I like the design, the sand powers that could actually pose a threat. I always appreciate it when a villain provides actual tension. It’s like why I think Goldeneye is still the best James Bond film. Because Alec Trevelyan is constantly reminding Bond “Remember, I could kill you. I’m from the same place as you. I can take your exploding watch and just, eh, I’ll stop that then. Thank you.” And Luffy loses twice to him in the three-match structure that really works here as it did for wrestling in the 70s.

So you’d have somebody like champion Bruno Sammartino and someone like Ivan Koloff or one of the Wild Samoans or Stan Stasiak. They’d have one match where the hero would beat Bruno by disqualification. Bruno’s still around to fight, but he’s lost. Luffy survives being thrown in the sand, but he’s been beaten. Then they have the second match, where Bruno would win because the villain would just give up and leave and get counted out. Luffy attacks Crocodile with water, but it’s not enough, and Crocodile just kinda leaves Luffy thinking it’s all done. And then Bruno would be like “Oh no ya don’t. Next time, you won’t be able to escape, because we’re gonna be in a cage match.” And then Bruno wins, just like Luffy wins by punching Crocodile up through that giant enclosed space. He escapes the cage. 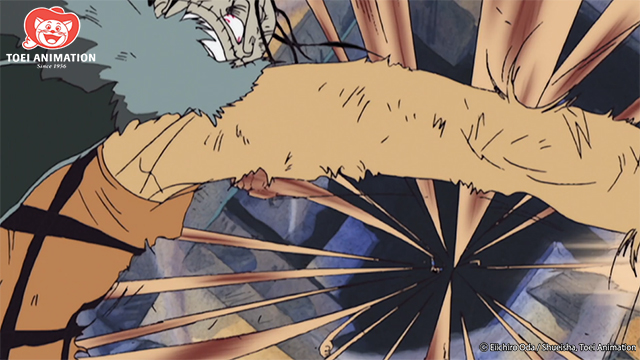 It’s just so satisfying and that’s a great way to describe it. So, villains in the series have had extensive crew members before, but they haven’t been as recognizable and colorful as Croc’s crew, Baroque Works. Do you have a favorite member?

They’re all good in their own way, but at this point, I’m gonna go with Mr. 2. Eh, that’s probably too obvious an answer…

Mr. 2 is a lot of people’s favorite member.

Oh, who cares. I’ll go with Mr. 2. I like how Mr. 2 interacts with everyone, having fun with the boys and fighting Sanji with kicks but respecting him.

So, in this arc, there’s a lot of government intrigue and a revolution is about to happen, and everyone’s dissatisfied with their perception of the monarchy. How did you react to all of this political drama in One Piece?

Well, it’s great because you have Vivi, and you get to learn her motivations and because she’s on the crew, it gives you a reason to care for the crew and how all of the political intrigue affects them. Without her, you’d just hear about a war and say “Oh, sorry about that. Hope it goes well.” And with all this lore being thrown at you because you have Vivi and that connection, it’s adding to the main conflict, rather than distracting.

Yeah, Vivi really grounds it all with a personal attachment. Because otherwise it’s just savin’ the kingdom, which is cool and they’re good for it, but it doesn’t have the same impact. So, they did this back in the Arlong Park arc, but what returns here is the kind of 1 vs 1 match structure, where a member or members of the enemy crew are matched up against a Straw Hat or Hats. Mr. 1 has knife body parts, so he’s obviously gonna fight Zoro. Mr. 2 kicks and Sanji kicks, etc. What do you think about that kind of matchmaking, because it’s also a little wrestling-esque. 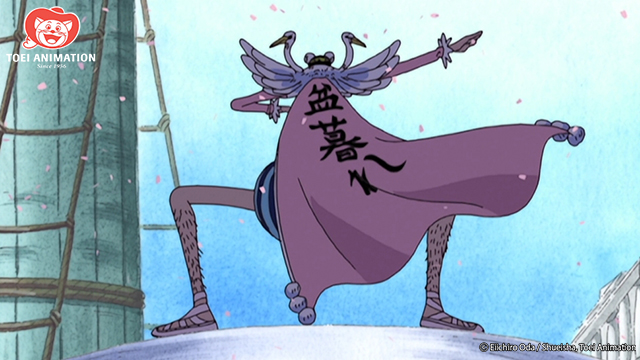 Yeah, right, like if you have D-Generation X fighting the Nation of Domination, you can’t just have The Rock fighting Triple H. Ya gotta have D’Lo Brown vs X-Pac and The Godfather vs Billy Gunn. I like it because the characters feel like they have to prove themselves, like Zoro’s a swordsman, and he’s gotta test himself against another swordsman. And Usopp does it when he fights Mr. 4 and Miss Merry Christmas with Chopper, because they have a weird dynamic and they’re fighting two people and they have no clue what they’re up against.

So, at the end of the arc, they do the iconic “We can’t let Vivi become associated with pirates so we’ll hold up the X symbols on our arms in solidarity” pose. What did you think about that? Because it’s one of the most famous images in One Piece, and it’s hard to avoid it, even if you’ve never watched the series. Was that your first time seeing it?

It actually was. And I’m glad you brought this up because I was watching it and I thought “Wait, they’re just going? They’re not even keeping the duck?” And then they do that with the X and the original opening starts playing and I get goosebumps just remembering it. That really hit me. Because it finally got me really emotionally invested in the series. Made me feel a bit cheeky. 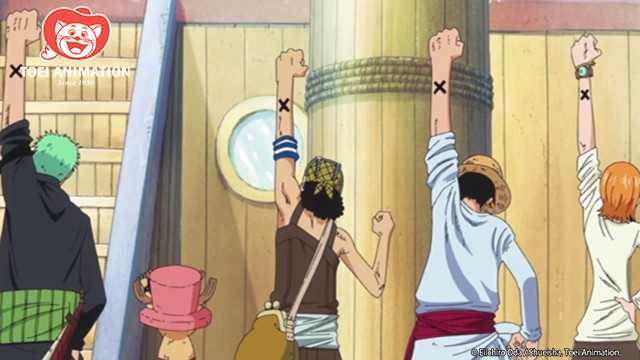 So, considering you’re such a huge pro wrestling fan, your lightning round is gonna be a bit different. I’m gonna say a Straw Hat that’s in the crew at this point and you tell me which wrestler they’re the most like. You can also tell me what time period they’d fit the most in, since wrestler personalities tend to change. So, Luffy?

He’s all business, he likes to fight. So I gotta go with Cesaro.

That character is all over wrestling - the underdog who isn’t very good and uses every trick in the book to win. Gonna go with MJF. He had one of my favorite matches of this year against Cody Rhodes and he just had to use EVERYTHING to beat him - brass knuckles, distraction, chairs, everything he could to get that win. But he could be MJF, could be The Miz, could be Mikey Whipwreck from ECW, take your pick.

Oh, she shows up after being booed for ages and you’re supposed to like her, so 2019 Charlotte Flair. 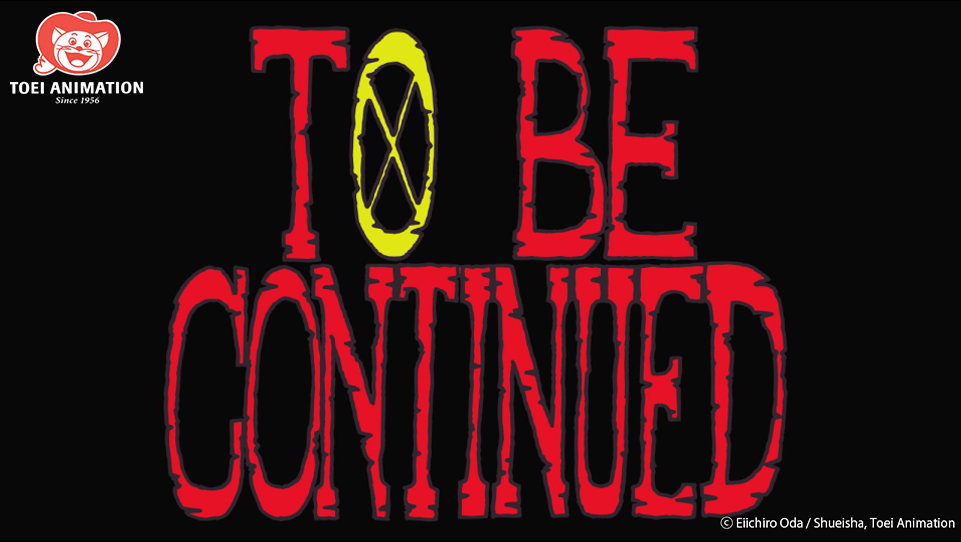