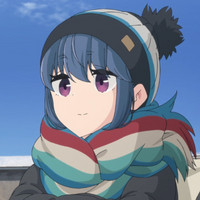 I just can’t thank Laid-Back Camp enough for providing me with a weekly dose of eye-cleansing, soul-soothing escape during these times. Like many, I’ve been more or less confined to my same four walls for what feels like half an eternity by now, so getting to admire the sunrise from atop Mt. Minobu, watching the waves at Cape Omaezaki, or just enjoying the sunset over Lake Hamana, has been a more than welcome diversion from the current monotony of life. Of course, there’s nothing I’d rather do than go and visit all of these locations in person again like for the first season, but that’ll have to wait. But even while I was only sifting through these places on Google Street View in preparation for this article, I often found myself wandering off for hours on end, just taking in some of these gorgeous locales I’ve never seen before. So in the hope that they provide you with the same feeling of diversion I got from them, let’s take a look at over 60 real-life locations from the first three episodes of the second season of Laid-Back Camp!

The show’s opening shot paints a familiar picture, as we once again get to experience the serene and beautiful Japanese countryside by following Rin and Nadeshiko on their little camping adventures. The main setting of the show is once again Yamanashi Prefecture, specifically the area along the Fuji River and around Minobu, which is only about two hours away from Tokyo.

And just like in the first season, it’s so easy to get swept away by the show’s beautiful and accurate portrayal of the great outdoors.

At the end of the first episode, Rin sets off from around Furuseki in Minobu and passes this little train crossing near Tokiwa on her way to Nambu.

While there are some truly magnificent views along the roads that follow the Tokiwa and Fuji River, it’s also fun to just virtually wander off into some of the smaller villages and valleys around the area, as there are some really cool little shrines and scenic spots to discover.

On her way to her next camping destination, Rin passes through the small town of Nambu, which is also where Nadehshiko lives. And as it so happens, the two run across each other after Nadeshiko grabbed herself a small breakfast at the Daily Yamazaki convenience store (pictured below) before her shift.

From there she sets off to Cape Omaezaki in Shizuoka Prefecture, but more on that a bit further down in this article.

While Rin is off on her solo adventure, it’s back to work for Nadeshiko, who delivers the mail for the Minobu Post Office as part of her part-time job.

Luckily for her, Ena also works at the Minobu Post Office, so the two friends get to enjoy their lunch break together along the nearby shore of the Hagii River.

Rin is cycling across Hagii Bridge here, which crosses the small Hagii River in Minobu.

Not too far from the Minobu Post Office is the 1,153-meter tall Mt. Minobu, which is easily accessible via ropeway. Chiaki and Aoi decide to visit their first shrine and watch the first sunrise of the new year here together.

Called hatsumode — hatsu literally means first and mode means shrine visit — it’s an annual tradition in Japan to visit a shrine (or temple) within the first few days of a new year to make a couple of wishes and do a few prayers. Chiaki and Aoi do that at the Okunoin Shishinkaku Temple atop the mountain, which is part of the larger Kuonji Temple at the base of the mountain.

Watching the first sunrise of the year is another popular custom in Japan, which kind of sets the tone for the whole year to come. Mt. Minobu is definitely a good place to do just that, as it also offers a glimpse of the magical Mt. Fuji. I got to visit Mt. Minobu back in 2019 when I was in the area taking photos of the locations from the first season, but, just like Chiaki who wanted to see the Diamond Fuji phenomenon, I also got a bit unlucky with the weather up top.

But that wasn’t too much of a problem for me, as I treated myself to some sweet, sweet dango skewers in return. The grilled rice dumplings were served with a slightly sweet and sticky walnut sauce, and yes, they tasted just as good as they looked.

Situated a bit further down the mountain is the impressive Kuonji Temple, which was founded in 1281 by Nichiren. The tucked-away temple features a spectacular five-story pagoda and a highly picturesque 287-step staircase, called the “steps of enlightenment.”

The gang didn’t get to see the so-called Diamond Fuji on top of Mt. Minobu, which occurs when the rising or setting sun aligns just perfectly with the peak of Mt. Fuji, so they tried their luck elsewhere by checking out the viewpoint from this parking lot in Takaori. However, they were just a tad too late again.

Meanwhile, Rin decided to spend the beginning of the new year in Shizuoka Prefecture, making a quick stop at the Omaezaki Lighthouse, which is situated at the southernmost point of the Prefecture. I’ve always been a big fan of the most extreme geographical points of an area, so Cape Omaezaki definitely made it on my future travel list.

But that’s not all the place has going for it, the view from up top is also pretty amazing.

We know the drill by now — empty roads as far as the eye can see, beautiful landscapes left and right, and Rin riding her scooter, heading for the Ryuyokaiyo Koen Auto Camping Ground this time around.

Along the way, she decides to take a quick break for tea at the Kimikura Café and later pays the Mitsuke Tenjin Shrine a short visit.

Rin spends the night at the Ryuyokaiyo Koen Auto Camping Ground near Hamamatsu City, but unfortunately, I was not able to get any good pictures of the place. From there it was on to the next camping ground for her.

You can spot the Shinkansen Bullet Train in the background.

This little bridge close to the Nagisaen Camping Ground was featured a couple of times already during the first season (although from the other direction) since this was close to where Nadeshiko lived before she moved to Yamanashi.

Rin uses the day in Hamamatsu by visiting some of the local sights, such as the 632-meter long Hamana Bridge, which spans across the canal that connects Lake Hamana to the Pacific Ocean.

And since this is Rin we’re talking about, she also treats herself to a quick hot spring visit at the Kaishunro Onsen Hotel, which has a nice view of Lake Hamana and its famous floating torii gate.

The 18-meter tall torii gate was only built in 1973, but it has soon become one of the symbols of the area, and is at its prettiest when the sun sets just right into the gate.

On her way to the next destination, Rin crosses Hamanako Bridge, which leads her to Kanzanji Onsen.

If you haven’t already noticed in the anime, the Kanzanji Onsen resort area, which is located on an inlet on the eastern shore of Lake Hamana, is famous for one thing, and one thing in particular: eel! Lake Hamana is the birthplace of eel farming in Japan and is known for the finest and priciest eel (called unagi in Japanese) the country has to offer. This is also why just about every restaurant in the area is specialized in eel.

However, since eel is fairly pricey (especially the famous Hamana eel) Rin opts to just visit the Shizuhana sweets shop instead.

Fujitaya is another sweets shop close to Kiga Station.

After getting a call from Nadeshiko that she’s also in the area, Rin heads to the nearby Hamanako-Sakume Station to meet up with her.

And just like in the anime, the tracks of the station are often filled with seagulls in real life as well.

Even though Rin was a bit strapped for cash, it just wouldn’t be a trip to Hamamatsu without even trying some of its famous eel, so Nadeshiko treats her to the Unagi Sakume Restaurant close to Hamanako-Sakume Station.

It’s only a short walk from the station to Nadeshiko’s grandmother’s house.

However, the location used for her house in the anime is currently just an empty lot, which marks a good end for the first rundown of all of the locations of the second season of Laid-Back Camp.

In case you virtually want to check out any of these places yourself, check out my newly updated map below:

What's a place from Laid-Back Camp that you'd like to check out some day? Sound off in the comments below!

Do you love writing? Do you love anime? If you have an idea for a features story,