FEATURE: Celebrating the Impressive World-Building of That Time I Got Reincarnated as a Slime 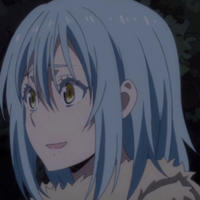 Good old Slime. I wouldn’t say it’s a stretch to call it one of my favorite modern fantasy world series, and what shot it to the top is just how different its core is. My colleagues have written about how one of That Time I Got Reincarnated as a Slime’s defining features is how the protagonist, Rimuru, makes kindness their greatest strength. Rimuru empathizes with the creatures that most people would end up hating or see as something to be killed for easy exp, giving them a space to show their nuance. Since Slime is less about a personal journey and more about the development of a nation, it unfolds the world in a really clever way — through diplomacy and gaining allies. 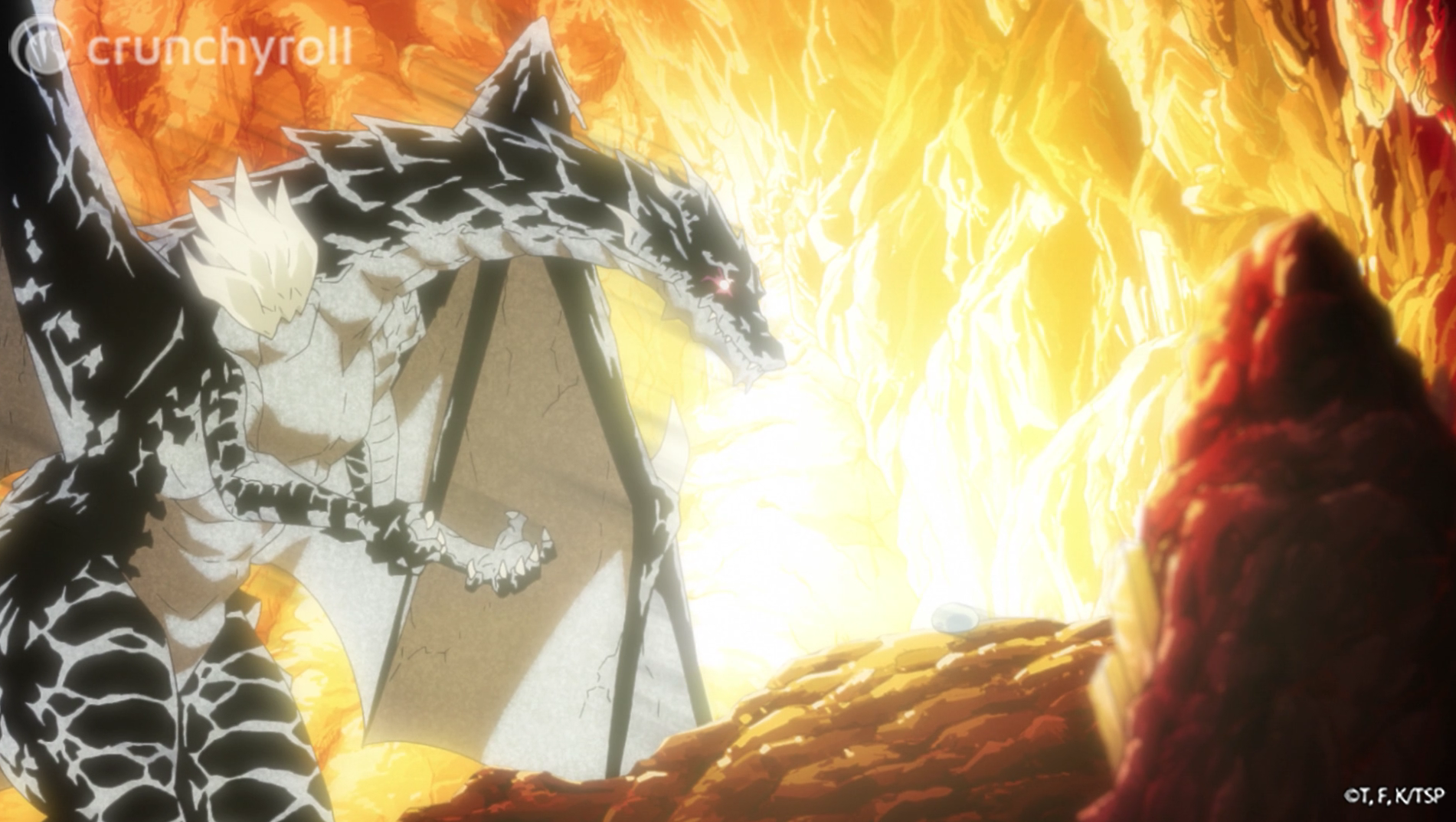 Rimuru starts out small; they first befriend Veldora, then agree to help the goblins, and ultimately ramp up in both power and leadership from there. What Rimuru sets out to do isn’t to gain personal power, even if they do hone their abilities along the way, but to create a country. They quickly found people under them that depend on both their strength and leadership and so they have to go from mild-natured former salaryman to a head of state. In the first season, they do pretty well for themselves, in assimilating several different species under the banner of the Jura Tempest Federation until they can at last stand as a small country. Of course, what each species brings to the table shows both their individual qualities and how they existed before.

The goblins were the first to seek help from Rimuru and swore allegiance after Rimuru’s successful aid. The ogres (now turned kijin) were refugees that sought shelter, and the lizardmen were absorbed post-exile from their home country. The dryads take the more peaceful route and bow their heads without a fuss. All these recognize strength but join up after reaching agreements or compromises with Rimuru. On the other hand, both the direwolves and the orcs turned to Rimuru’s side after their leader was killed. They also recognize strength but primarily strength through overwhelming combat, so if Rimuru were to fall, they’d likely turn their allegiance to whoever was strong enough to manage that. While all of the monsters have skills in combat and take that as their primary work in Jura Tempest, such as the kijin, combat isn’t all the other species have to offer. The dwarves are ironworkers, crafting weapons and buildings, and the orcs contribute labor in construction. The kijin serve as guards, while the dryads help with diplomacy. Everyone contributes using their natural affinities, and that makes for a more flourishing kingdom. In encountering new species, we quickly start to wonder — will they be enemies or allies? And if they become allies, what can they bring to the table? 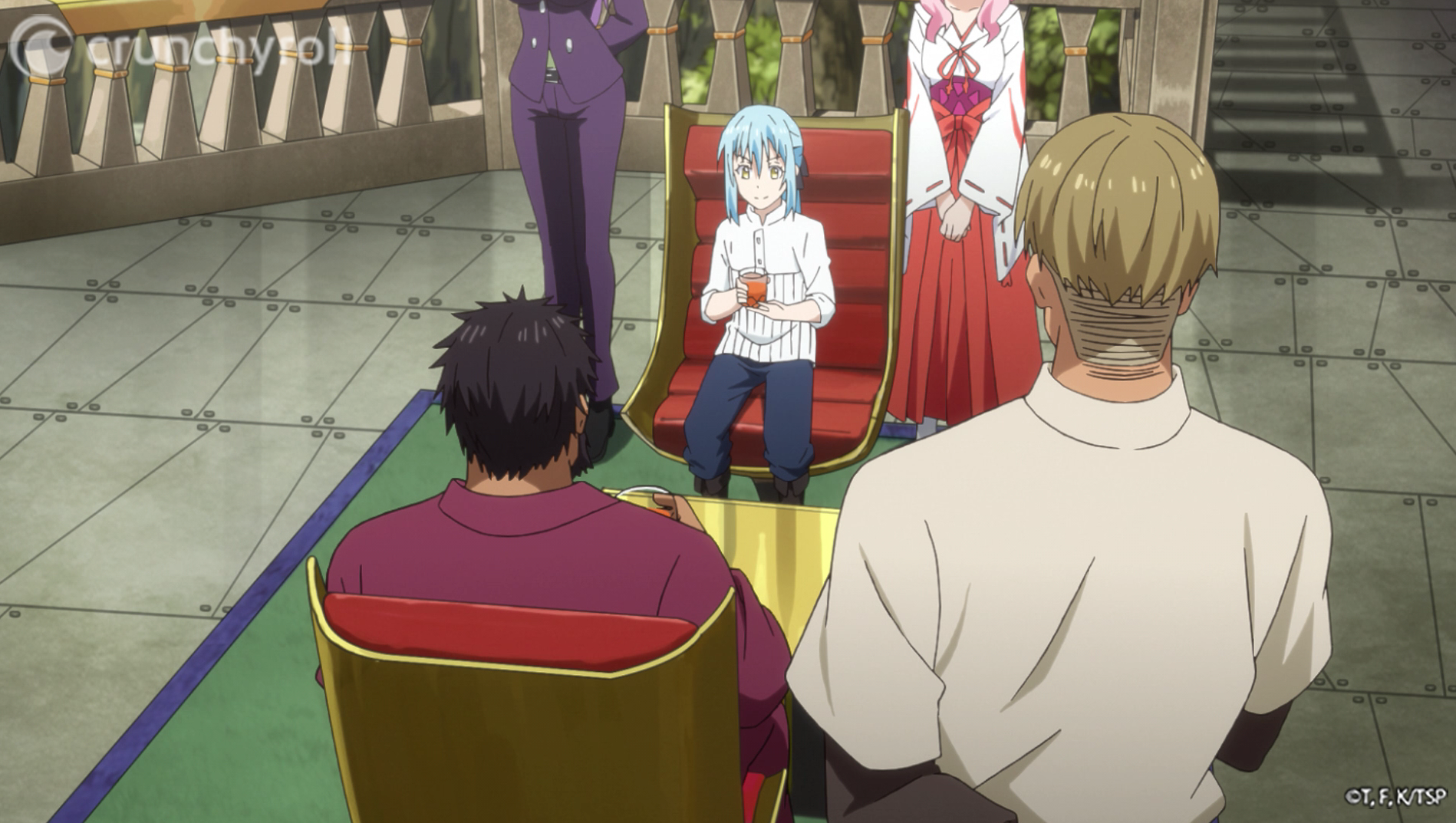 In Jura Tempest’s quest for legitimacy, how negotiations play out also casts some light on the other nations and how they function. When meeting with the diplomats from the animal kingdom of Eurazanial, words come to blows. Instead of things souring from an outbreak of violence, Rimuru quickly realizes that being able to prove one’s abilities in combat is how Eurazanial gauges strength. Conversely, Dwargon is a more traditional kingdom, and Rimuru has to pitch their nation’s strength with words and economics. King Dwargo’s advice to Rimuru following Rimuru’s attempt at a public speech shows that he values the way things are done, such as mannerisms and codes of conduct. How a ruler conducts themselves, both to other rulers and to their citizens, is something Dwargon highly values. Both kingdoms are existing powers, but their philosophies and ways of life are very different. It’s also through Rimuru’s negotiations that these ideals are exposed; diplomacy isn’t done with a singular method, but by taking the culture and ideals of the other party into play. 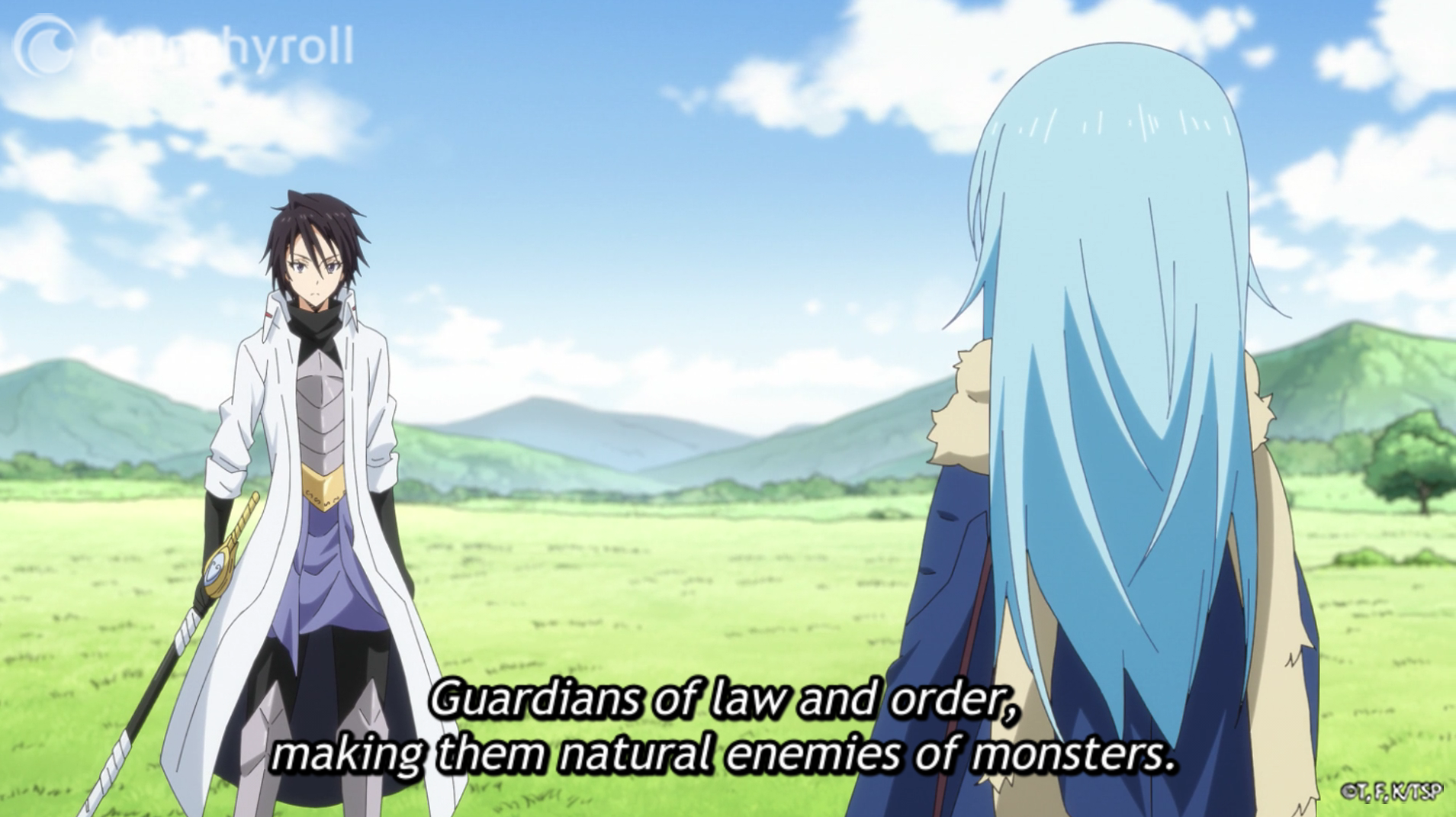 So far Jura Tempest has been on the right track, but we see from recent episodes that the sentiment isn’t universal. Previous characters have called the country of monsters strange, but they have been at the very least open to negotiation and possibly trade if Jura Tempest proves itself. The Kingdom of Falmuth is a completely different story, disliking a country of monsters on principle. Having a religious organization backing them doesn’t just add legitimacy to their aggression, but military might, as well. From this we can gather that Falmuth not only has a strict belief system, but is also fairly intolerant to change. With their anti-monster spells and technology, they’re a direct threat to Jura Tempest.

It’s easy to go on a journey with a hero, see through their eyes as their adventures take them across new uncharted lands. Slime could have done that, have Rimuru traverse the continent and figure out the happenings of the world, but Rimuru has a responsibility to their people. As the head of state, Rimuru can’t go on an open-world journey — but also, they don’t need to. Through the far harder challenge of forging an entire country and the troubles that go into that, the world is opened up bit by bit; through diplomacy, through conquest, through trade. It allows the world to be revealed bit by bit, without forgetting the building blocks that came before it. It’s a trick that’s rarely done, so when something like this comes around, I’m all for it.

What part of Slime's world pulled you in the most? Let us know in the comments!