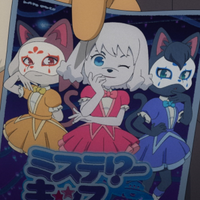 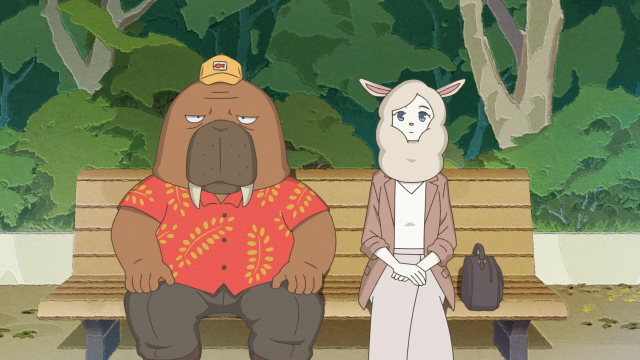 How many different characters can an anime have before things get too hairy? Or — furry?

Animal crime drama ODDTAXI takes its menagerie of a cast very seriously. ODDTAXI is about walrus taxi driver Odokawa, a runaway girl, organized crime, idols, and city living. It shares a “panoramic” day-in-the-life angle … with a twist. Despite its unique anthropomorphic animal character designs, its world is grounded in a reality where species is the least of anyone’s concerns. 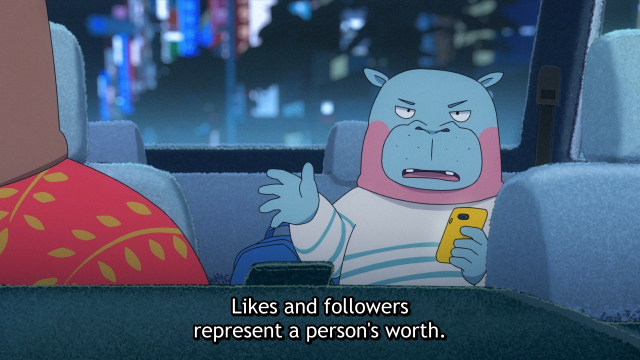 You won’t find one-dimensional prey versus predator dynamics or a shallow status quo vaguely resembling a food chain. ODDTAXI’s cast unexpectedly finds themselves in Rashomon-esque contradictions and conspiracies with all the modern conveniences of social media. 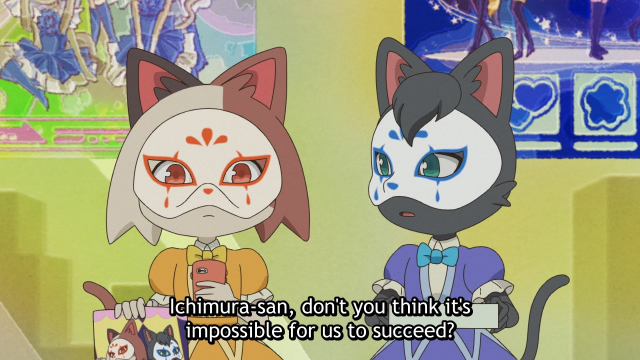 Rather than tell a linear story, ODDTAXI insists on showing us offbeat paths, as if we were a city-dweller bumping into eccentric personalities across the street. What matters most is first impressions: your job, gender, income. Even the most mundane facts can change everything. 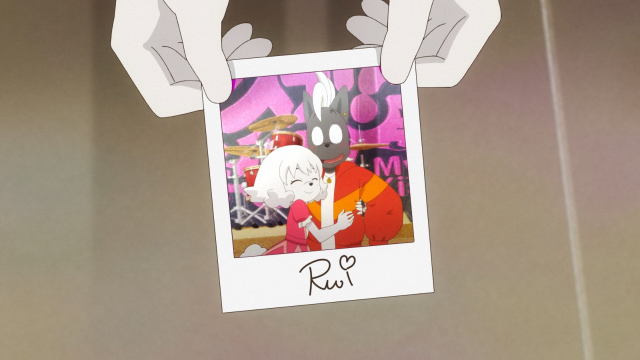 ODDTAXI hits the ground running introducing about a dozen major characters, zig-zagging perspectives between cab rides. Until Episode 4 — “Tanaka’s Revolution.” This anomaly in pacing throws a wrench into everything we assume we know. After giving a random, supposedly one-off character an episode about his moral crusade, nothing can be taken for granted. It’s a risky move, but it pays off. 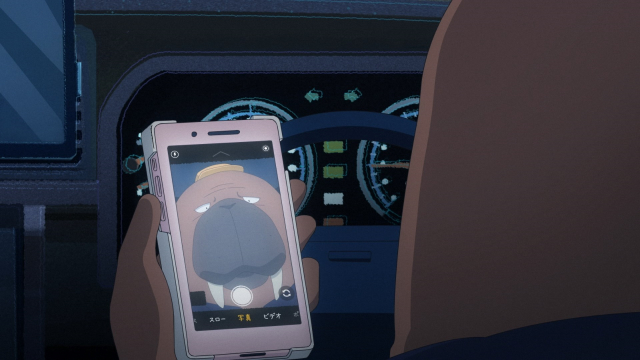 When you accidentally turn on selfie mode

ODDTAXI’s “panoramic” pacing gets away with this by adding more pieces to an already incomplete puzzle. By introducing every character with the intent to break first impressions, we are forced to reconsider how ensemble casts make a mystery richer.

WHAT ARE THE ODDS?

Odokawa is boring by design. He’s a 41-year-old with a laid-back attitude toward essentially everything, including gangster baboons pointing guns at his head. Odokawa says he’s like an authentic bartender: someone who knows keeping secrets is half the job. Keeping a missing high school girl in his apartment feels more like an aside than a plot twist — the first question asked in Episode 1 is answered before the credits roll. 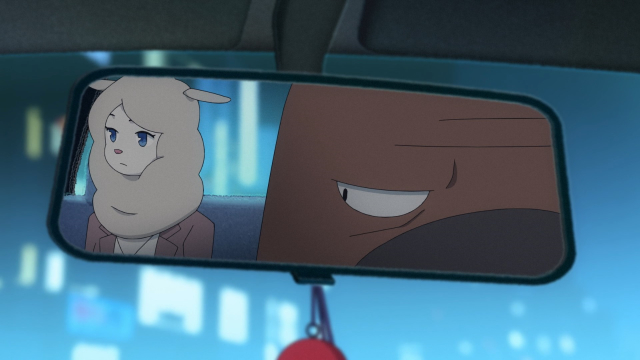 Odokawa’s private cab service is for everyone. His ability to make easy rapport might as well be a façade depending on who gets in. Alpaca nurse Shirakawa is stealing pharmaceutical medication, Odokawa assumes she’s just naive. We catch glimpses of a hopeless bachelor trying to find a girlfriend, a struggling idol group, gangsters, a student trying to go viral — what are they all hiding? There’s a niche for everyone in this tidy metropolitan ecosystem, even if it’s just “bachelor” or “idol fanboy.” First impressions lead us to assumptions any anonymous taxi driver would have. This is why introducing so many players at once works. 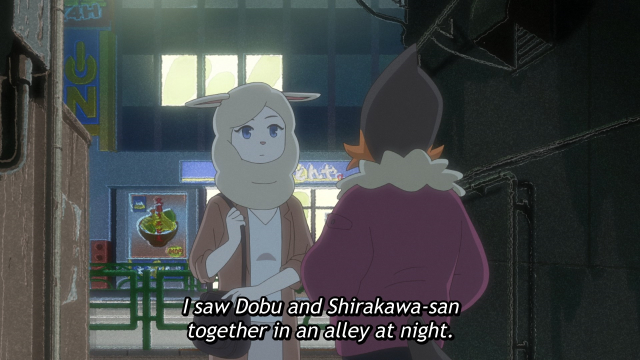 Dominos begin falling when Shirakawa’s activity leads back to a violent gangster named Dobu. She’s played as a possible love interest to melt Odokawa’s old, icy heart. It’s not exactly a slow burn, but by the time Odokawa becomes suspicious of this innocent-looking nurse, ODDTAXI’s omniscient bird’s-eye view of the city makes everything situational irony. Text messages we aren’t supposed to see, shady yet familiar figures in alleys … even when we’re not behind the wheel, we know just enough to piece it together. 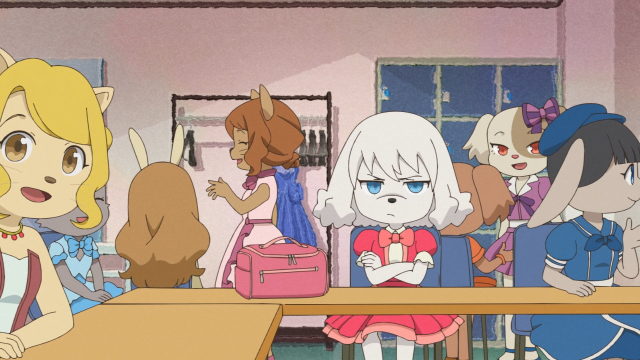 Rui Nikaido behind the scenes at an idol Halloween event

Toy poodle Rui Nikaido leads the girl group trio Mystery Kiss. ODDTAXI feeds us snippets of Mystery Kiss on TV and the radio, but never the big picture. Unsurprisingly, the idol industry isn’t all sunshine and rainbows. Mystery Kiss is presenting a face-façade. It’s not even subtle: Rui’s backup dancers are contractually obligated to wear masks so Rui stands out — quite literally making them “two-faced” with contempt. By Episode 5, Shiho suggests that Rui is so ambitious she might’ve already killed someone to get ahead. Mystery Kiss is a microcosm of ODDTAXI’s ensemble cast at large. Everyone wears masks even when they don’t want to. 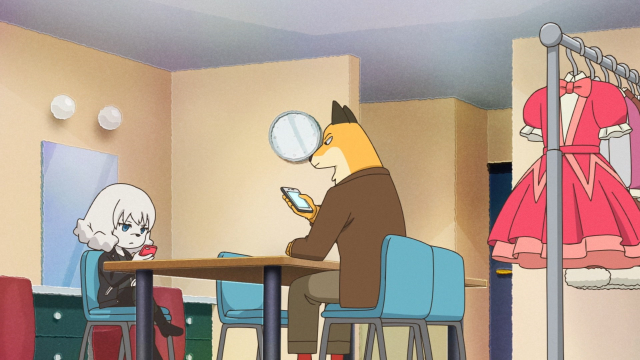 Pretty in pink, better in leather.

Episode 2 shows Mystery Kiss fanboy Shun having a sincere heart-to-heart with Rui during an event. She tells him the business is hard and sales are underwhelming. Afterward, we see Rui and her manager behind the scenes: a jaded-looking Rui sports a punk leather jacket. Even the tell-all idol persona Shun saw earlier wasn’t the “real” Rui. In fact, Mystery Kiss’ manager, a bodyguard-sized fox, is withholding information from the girls. ODDTAXI doesn’t waste time putting its ensemble through the wringer of mask-breaking situations. First, come the disguises, then always harsh reality. 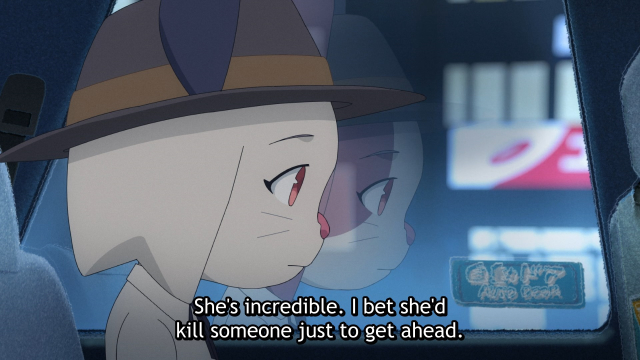 Shiho tells her manager what she really thinks of Rui

Let’s come full circle. By the end of Episode 3, ODDTAXI gives us enough hints to realize Shirakawa and Mystery Kiss are perhaps part of something bigger. Not to mention the uncanny resemblance between an 18-year-old and Shiho partaking in dubious behavior on a dating app, or a possible gangster conspiracy against Odokawa. Unsuccessful manzai comedians confide to Odokawa about the competitive entertainment industry, while two policemen meerkat brothers play favorites with criminals. The world is an unfair anti-meritocracy, but no one’s insisting they’re the special hero who will fix it. Except for Tanaka. 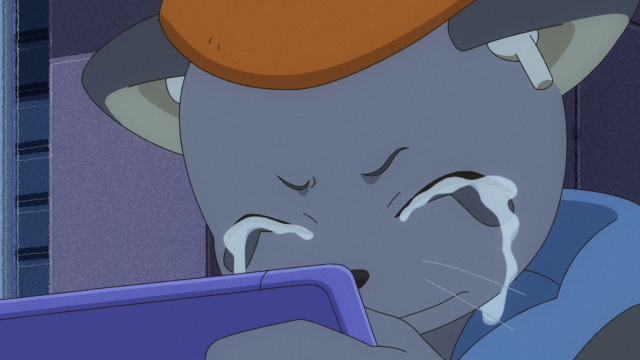 This is why “Tanaka’s Revolution” is refreshing despite being so jarring. In Episode 3, Odokawa nearly has a hit-and-run with Tanaka, causing him to break his phone. A dodo flashing on his screen before it shatters: “The bird that went extinct without ever learning to fly,” Tanaka monologues. “Perhaps I was projecting myself onto it. It was just like me.” 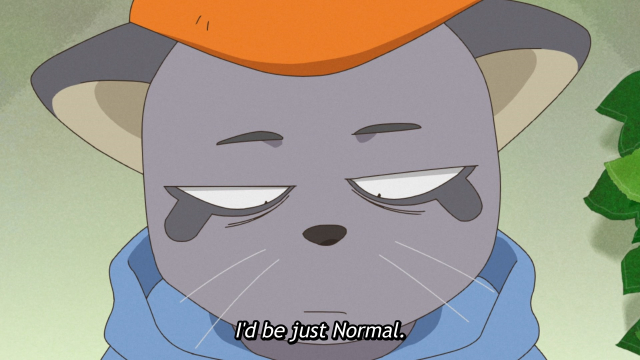 "No, if I died here without achieving anything, I wouldn't even be Rare. I'd just be normal."

What happens next breaks convention by switching gears to the first-person. Tanaka’s childhood obsession with erasers mutates into a life-consuming compulsion to acquire a rare gacha character. ODDTAXI’s “panoramic” perspective is stretched to painful extremes by unexpectedly introducing a narrator so self-aware of his obsession with status it emotionally wrecks him. 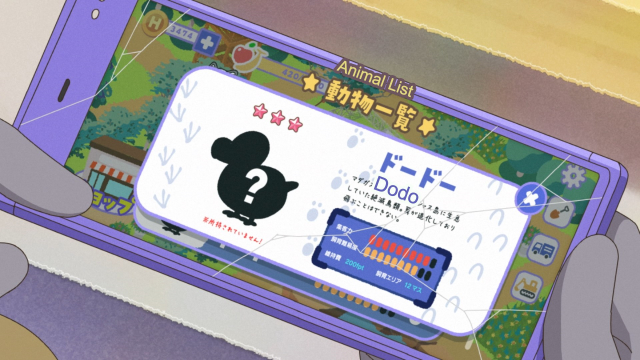 Compared to Odokawa’s perpetual rotation of passengers, Tanaka’s voice is straightforward. He details his backstory until we know him better than Odokawa. Why frame an episode like this? Tanaka’s narcissism. It’s what makes him, and this episode, black sheep. In a world where everyone’s a main character, Tanaka suffers from toxic protagonist syndrome. His inability to accept reality for what it is leads him down a violent crusade. This episode doesn’t just serve to contextualize Tanaka in the ensemble itself but is also a warning against seeing only black and white. 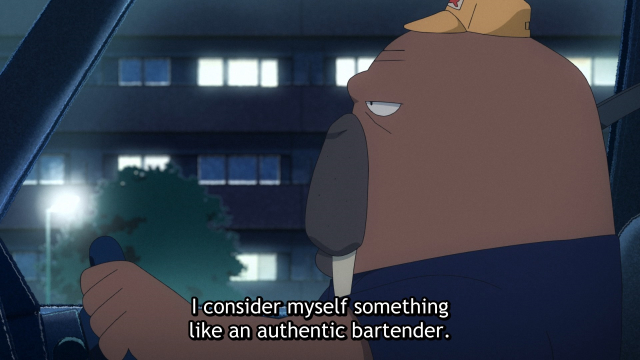 With clever delivery of characters being in the right time and place, ODDTAXI is a rare breed of drama that prioritizes nuance. It’s a true testament to how ensemble casts best reflect the messy, unpredictable aspects of life. Although Odakawa isn’t without his own biases — no one is a perfect judge of character — you couldn’t have a better guide for this gallery of oddballs. When we start thinking of everyone as an empathic eccentric starring in their own backseat confessional down a bumpy road, we learn to listen. 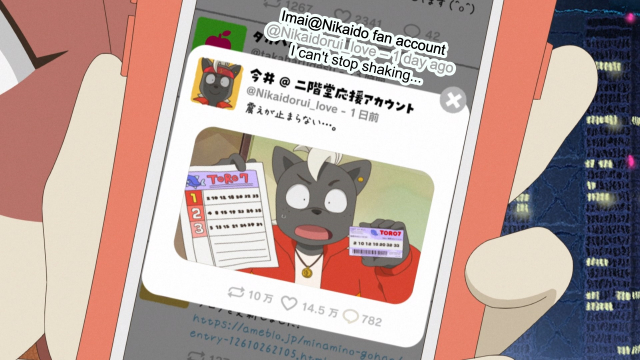 Which member of ODDTAXI's eccentric critter cast speaks to you? Let us know in the comments!

Blake P. is a weekly columnist for Crunchyroll Features. His twitter is @_dispossessed. His bylines include Fanbyte, VRV, Unwinnable, and more. He stans Ichimura.