FEATURE: Tokyo Revengers Doesn’t Have Friends, It Has Family

No man is an island ... or his pompadour 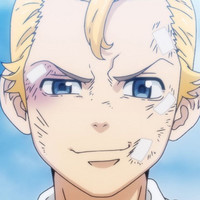 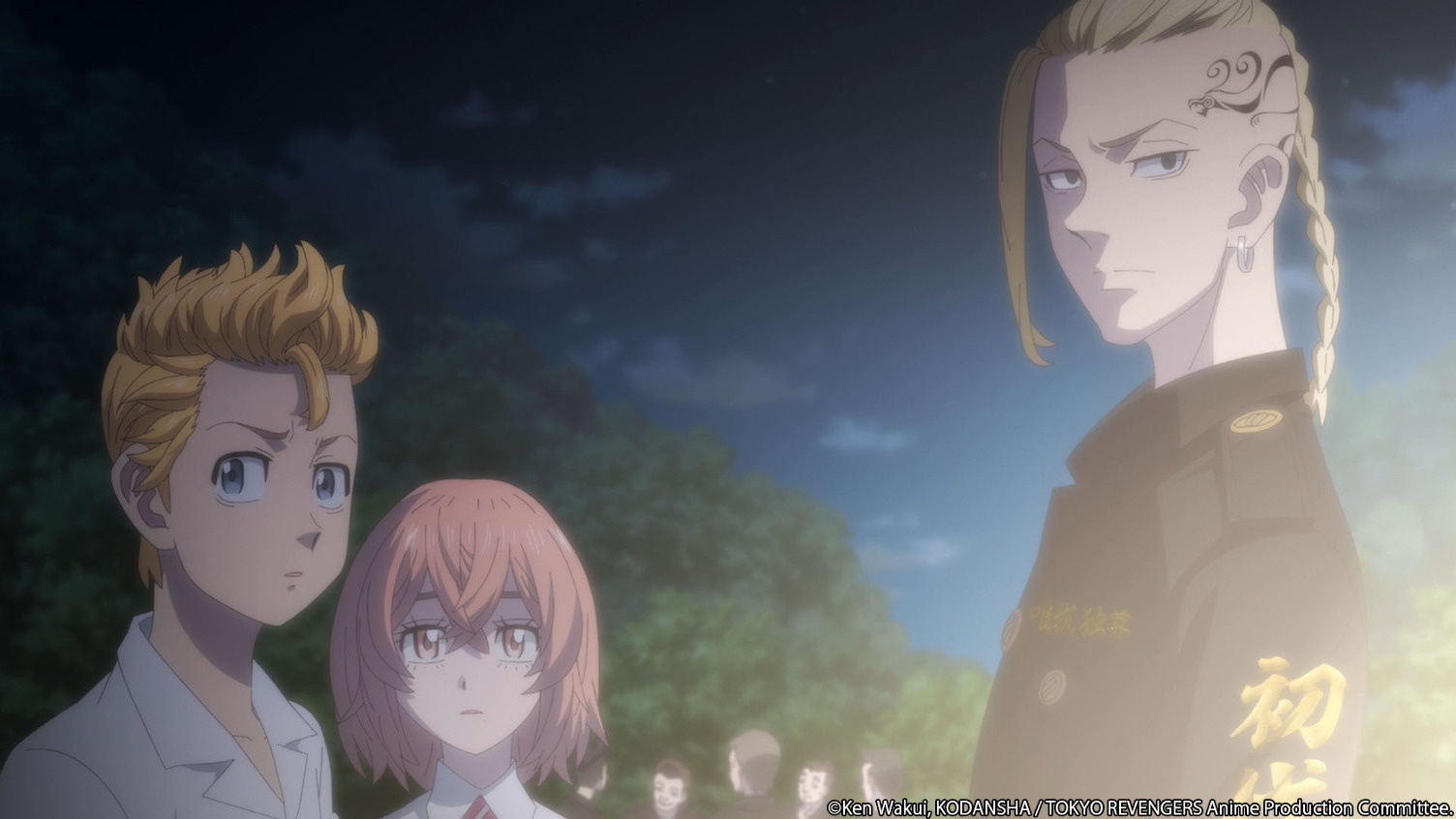 What counts as family when your closest friends are none other than Tokyo’s most notorious hoodlums? This summer’s Tokyo Revengers, adapted from the manga by Ken Wakui, tackles this question with a flare of time travel. Tokyo Revengers’ day in the life time traveling, or “time leap” plot adds an unexpected science-fiction twist to the well-established yankii genre all about “delinquent” youth in motorcycle gangs. Its seemingly hopeless protagonist, Takemichi Hanagaki, gets a second shot at his adolescence in order to prevent the murder of his childhood sweetheart, Hinata.

There’s just one catch — how much can you change the past before the past changes you? 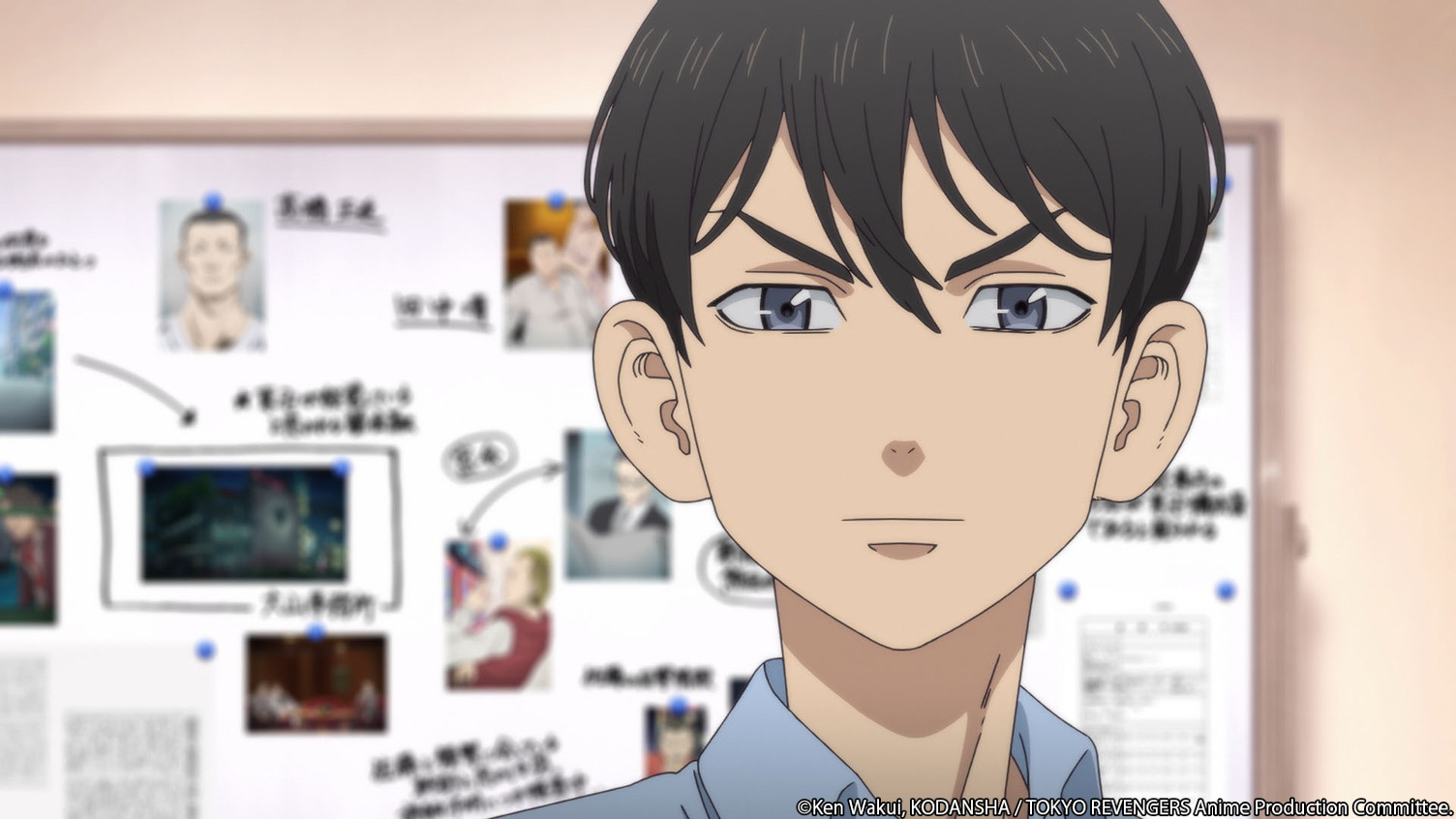 From the get-go, Tokyo Revengers presents a nonstandard idea of a functional family. For example, Takemichi and Hinata’s parents have no real presence. Instead, Hinata’s little brother Naoto ironically serves as the patriarchal guidance Takemichi needs to use his time leap powers right. As far-reaching as it sounds, this time travel logic is fuzzy by design for the sake of making these relationships work. After being hit by a train, Takemichi thinks his life is flashing before his eyes before waking 12 years in the past. He tells a young Naoto his big sister will die in a gang-related incident — unknowingly setting off a chain of events that will literally re-write history.

Of course, an impressionable little kid would believe in time travel, right? Tokyo Revengers is more concerned with the narrative implications of its premise rather than the nitty-gritty logistics. The unwritten law of this world is if someone you love is in danger, you’ll believe … and do any crazy thing to save them. 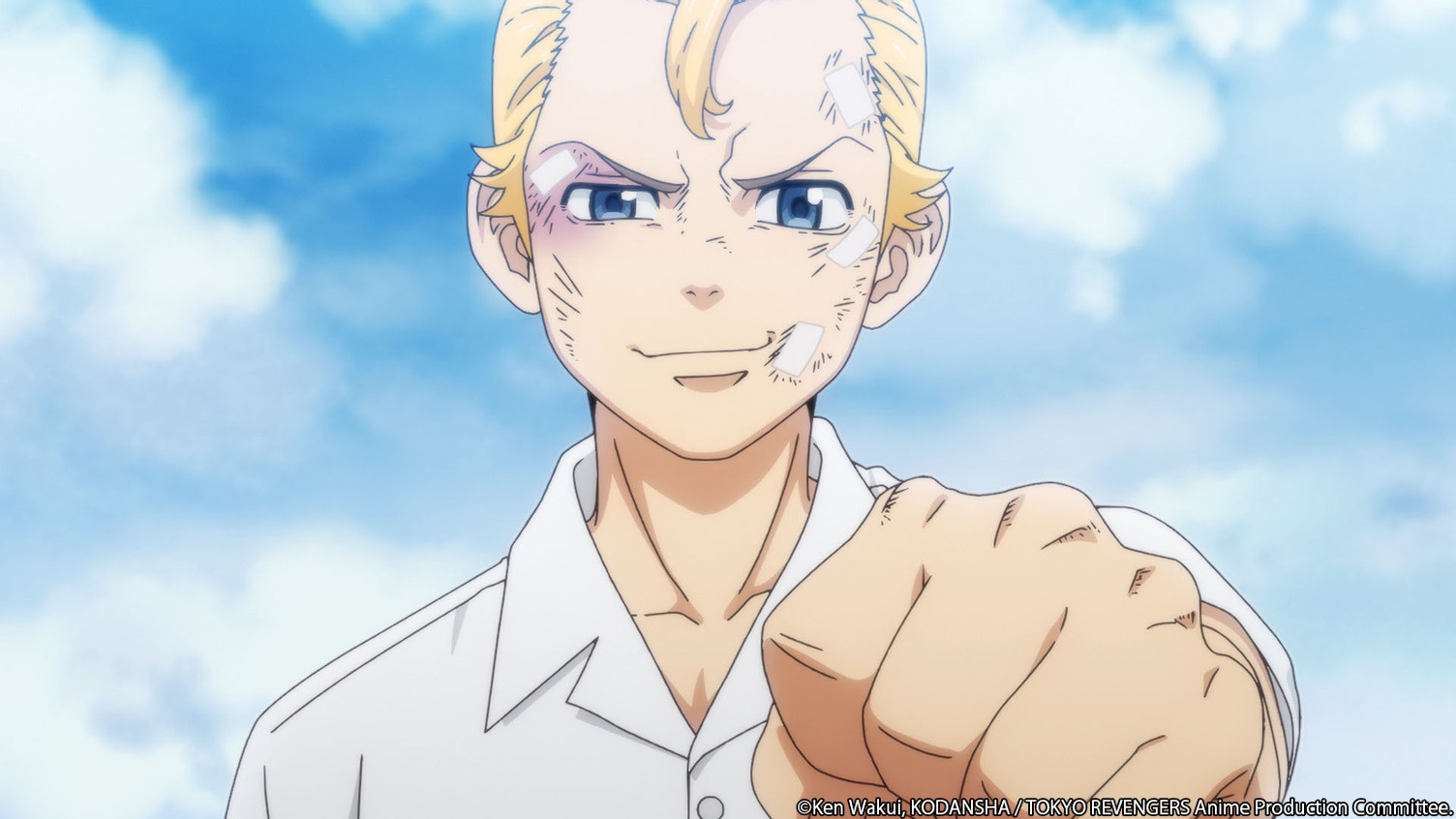 A consistent theme in delinquent yankii anime and TV drama is the idea of brotherhood being stronger than blood. Originating in the ‘80s as a youth movement, yankii covers everything from middle school bullies to massive bōsōzoku (biker gangs). Staples of the genre include the 1990 manga Crows by Hiroshi Takahashi and Hiroyuki Nishimori’s 1988 Kyō Kara Ore Wa!! re-enforcing these basic premises. The characters, usually boys, live and die for loyalty in a hierarchical pseudo-family unit. You almost couldn’t pick a better group for a story about “finding family” in unexpected places than a bunch of yankiis.

While not quite the ‘80s, Takemichi’s time-travel takes him to 2005 — the era of flip phones, and most importantly, an opportunity to stunt the violent Tokyo Manji Gang responsible for Hinata’s death. Something happened 12 years ago that caused a divide in the gang. Is Takemichi a bad enough dude to make everyone stay friends forever?

More importantly, can he be a good friend to resolve a stranger’s trauma? Time will tell.

From Zero To Hero 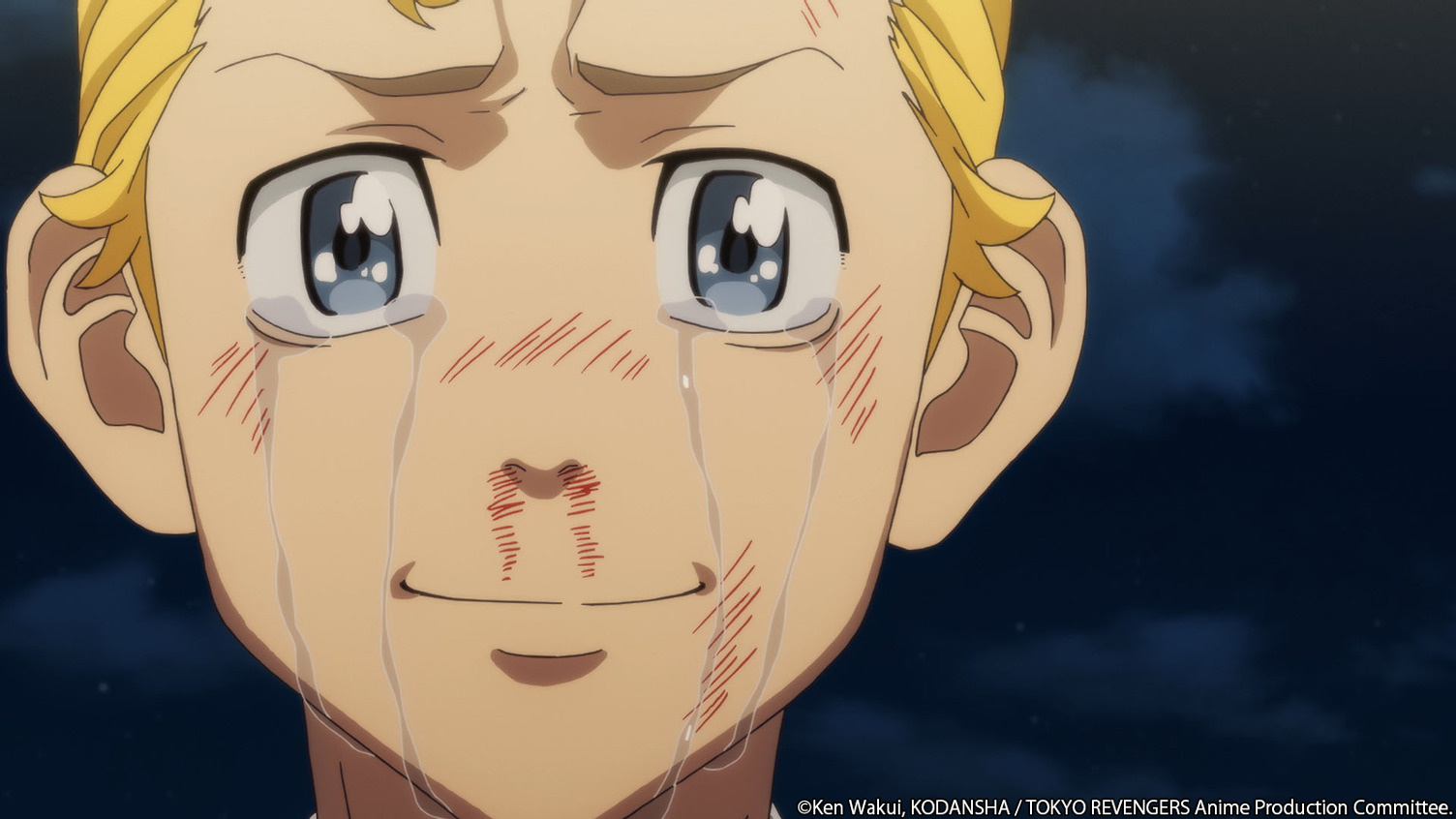 Instead of the typical hot-headed delinquent protagonist stereotype, Tokyo Revengers gives us the “crybaby hero” Takemichi. His mission isn’t just to mindlessly beat up “bad guys” but to befriend them. Kill ‘em with kindness is the motto here despite the macho delinquent aesthetics of dyed hair, pompadours, and motorbikes. Takemichi’s middle school posse has already decided the violent gang life is for them after he time leaps. His first attempt to retroactively fit in backfires when Takemichi flaunts his brother’s own yankii status. However, in reality, Takemichi’s brother is just the lackey of a Tokyo Manji Gang member, ending in a curb stomp beat-up. This is about as close to Takemichi’s family as we get. His weakling brother fails to do the “crazy thing” Naoto did for Hinata’s sake, or rebel in any way — the “opposite” of normal society is a good trait.

This lack of sibling support is paralleled in Manjirō Sano, or “Mikey,” who eventually takes Takemichi under his wing. The blond pipsqueak president of the Tokyo Manji Gang and his tall, dragon-tattooed vice-president, Ryuguji Ken “Draken” both take a liking to Takemichi’s audacity. On a grassy park hill, Mikey tells Takemichi all about his own veteran delinquent older brother’s thoughts on the “loser yankees” of today. But read between the lines: Mikey has something to prove by leading the Tokyo Manji Gang, even without his brother seeing it. Tokyo Revengers doesn’t sugarcoat the bittersweet nature of having to find your own family. It’s lonely but there’s no other choice when no one else is there. 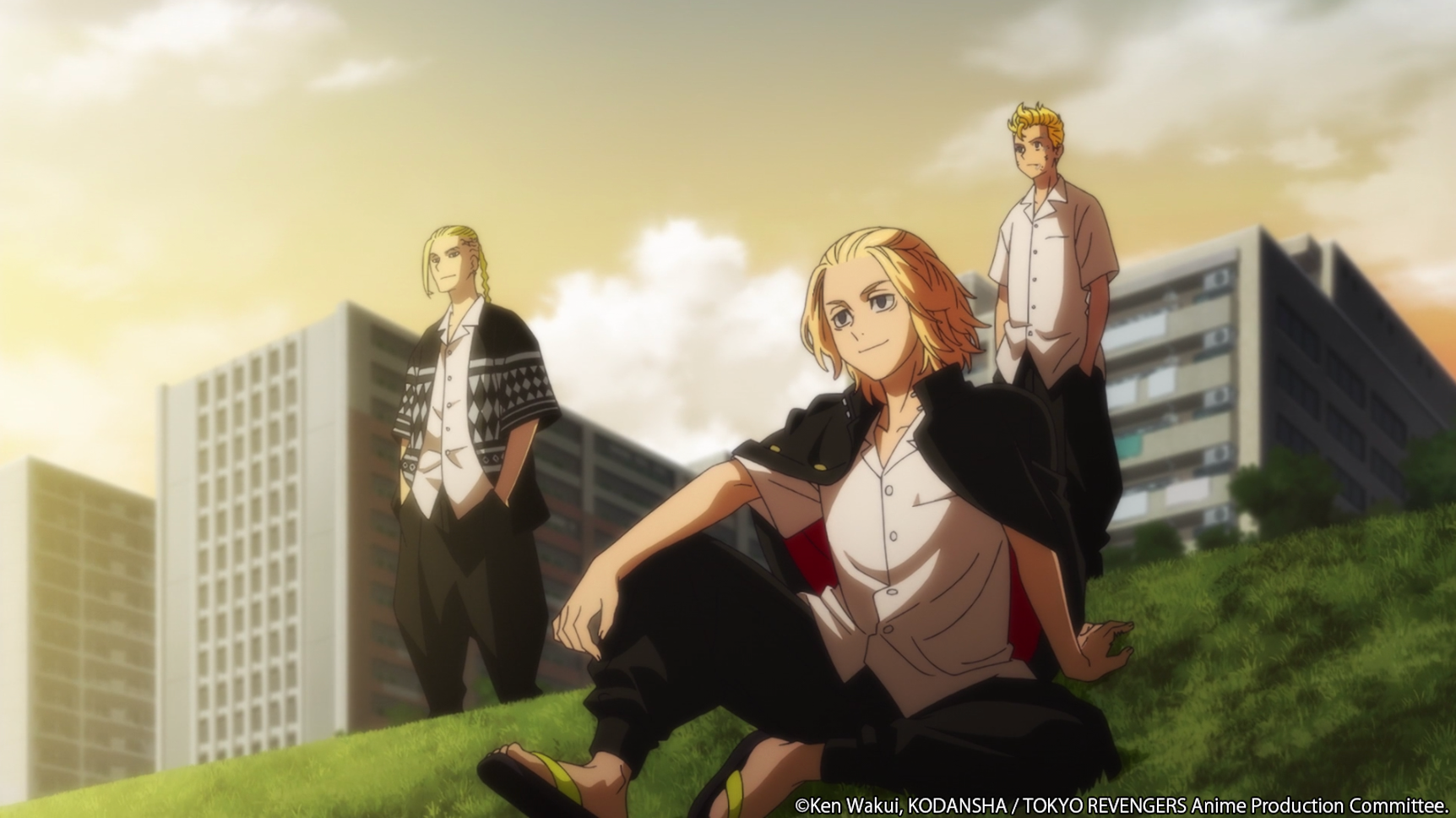 That being said, Takemichi’s relationship with the Tokyo Manji Gang starts from a place of fear, then blossoms into a beautiful bromance. Each character has their own chemistry with the gang, but none demand more attention than Mikey and Draken’s friendship.

It’s tempting to call Draken Mikey’s “surrogate big bro” despite the technicality of being his subordinate. Draken truly embodies the good yankii role model Mikey no longer has. Sure, Draken is respected by everyone in the Tokyo Manji Gang, but Takemichi’s time-traveling perspective gives us a unique context to his relationships: 12 years in the future, Mikey and Draken will fight, resulting in the events leading to Hinata’s assassination by the gang. To Takemichi, they must be enemies — or at least that’s what he assumes.

One scene depicts past-Takemichi staking out in a café, assuming he must be overhearing an argument between the two when Mikey and Draken are actually bickering over food. Much later, Draken is hospitalized after being stabbed in a fight. Takemichi finds Mikey sobbing outside the hospital in the rain, away from the crowd so nobody sees him. While one scene is comedic and the other melancholic, they both make the same statement: Mikey and Draken share a deeper bond than anyone else in the gang. But neither can openly show that vulnerability in a dog-eat-dog world. All they have is found family.

How To Save A Life 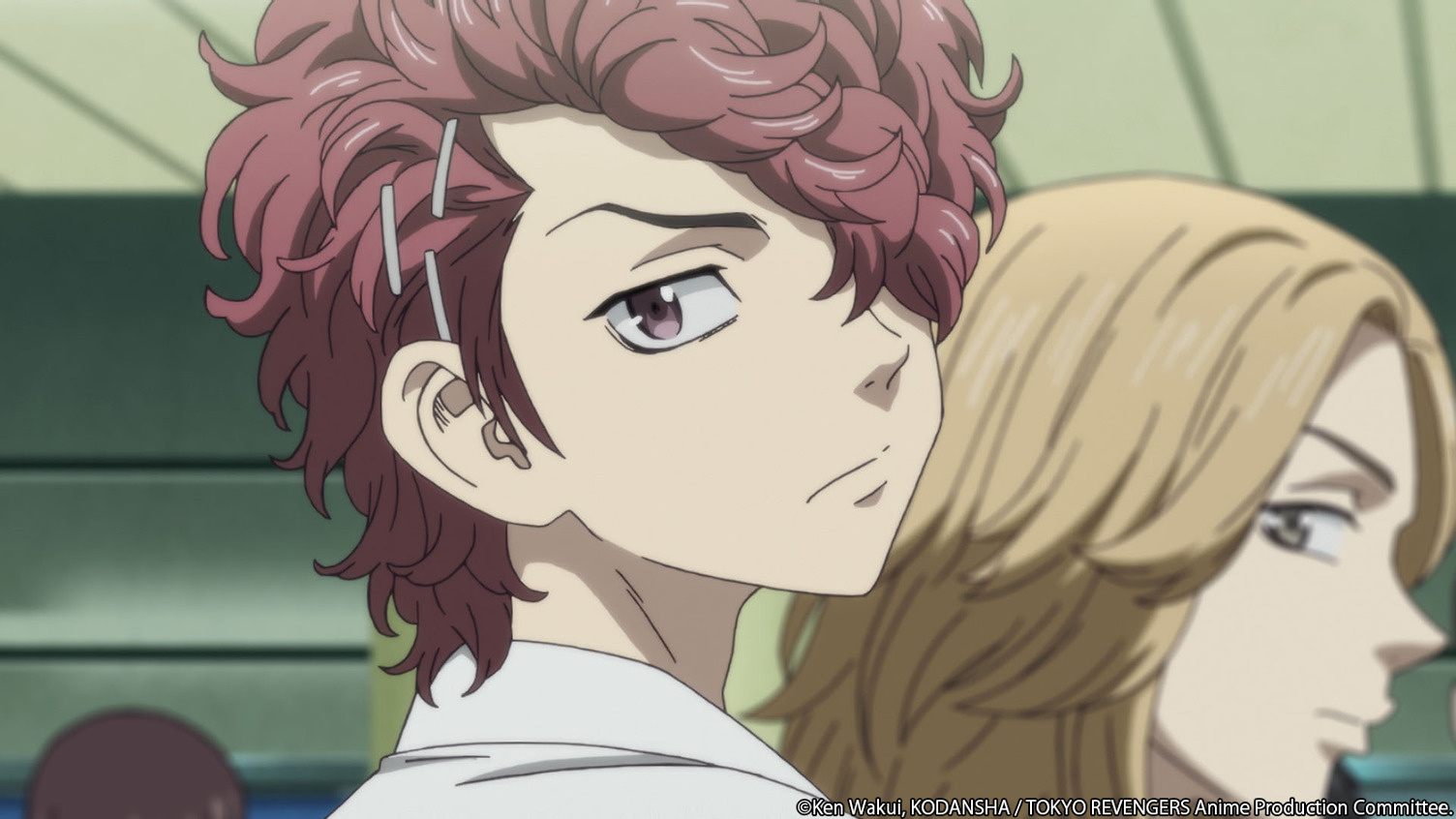 It’s not just empathy Takemichi needs to heal everyone’s wounds and change the future. He also has his own unfinished business — his personal growth into a confident young man. Unlike a typical linear yankii protagonist, Takemichi has the foresight of adulthood and the maturity to understand he reaps what he sows.

Even if it’s wish-fulfillment, Takemichi’s efforts to re-do his middle school relationship with Hinata is sincere. An adult loner, this past-Takemichi unintentionally discovers people are more than their gang titles. For example, Takemichi and his friend Atsushi Sendo discuss Atsushi’s dream to become a hairstylist — a gesture that unexpectedly changes Atsushi’s future in a way Takemichi could’ve never predicted. In another episode, Takemichi finds the courage to be more forward with Hinata and gifts her a clover necklace, again something his past self would’ve never done. Taking everything we know about Tokyo Revengers' cast into context, making his own found family is the obvious, inevitable outcome of Takemichi’s save-the-girl mission.

Talking about “found family” in Tokyo Revengers means considering the extreme highs and lows of yankii culture and the hierarchical roles embedded in it. While simply being about yankiis could be enough to “subvert” the trope, Tokyo Revengers distinguishes itself by showcasing a flawed protagonist who can only succeed by going outside his comfort zone. No one is actively searching for a found family for cheap melodrama or angst — like reality, people ultimately end up invested in the relationships they actively foster. As excited Takemichi is to be the badass he never was, Tokyo Revengers never lets him off too easily. His journey is genuinely beyond outside time and space: it’s inside himself and those he lets in.

Blake P. is a weekly columnist for Crunchyroll Features. His twitter is @_dispossessed. His bylines include Fanbyte, VRV, Unwinnable, and more. He thinks Mikey is fun-sized.