What to watch next if you're missing Slime 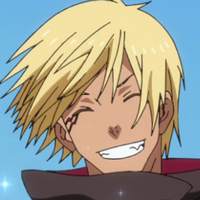 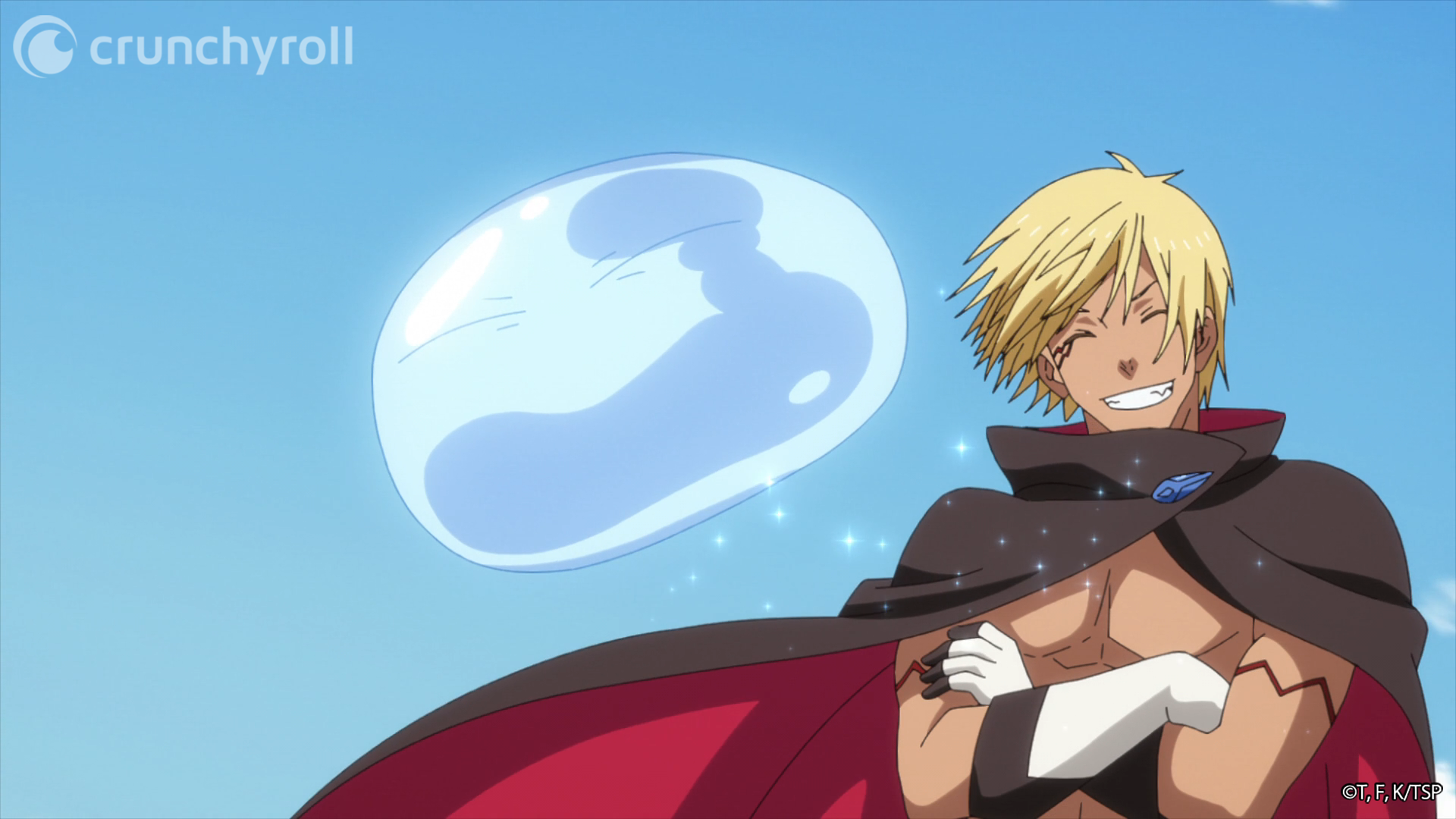 With That Time I Got Reincarnated as a Slime having wrapped up its second season, fans have some waiting to do before we get more Slime. But there’s still plenty of anime to tide you over until the recently announced movie comes out. There’s been no shortage of fantasy world shows over the past few years, after all, so even if they don’t all star a lovable slime, there’s still plenty of alternatives for fans to sink their teeth into. 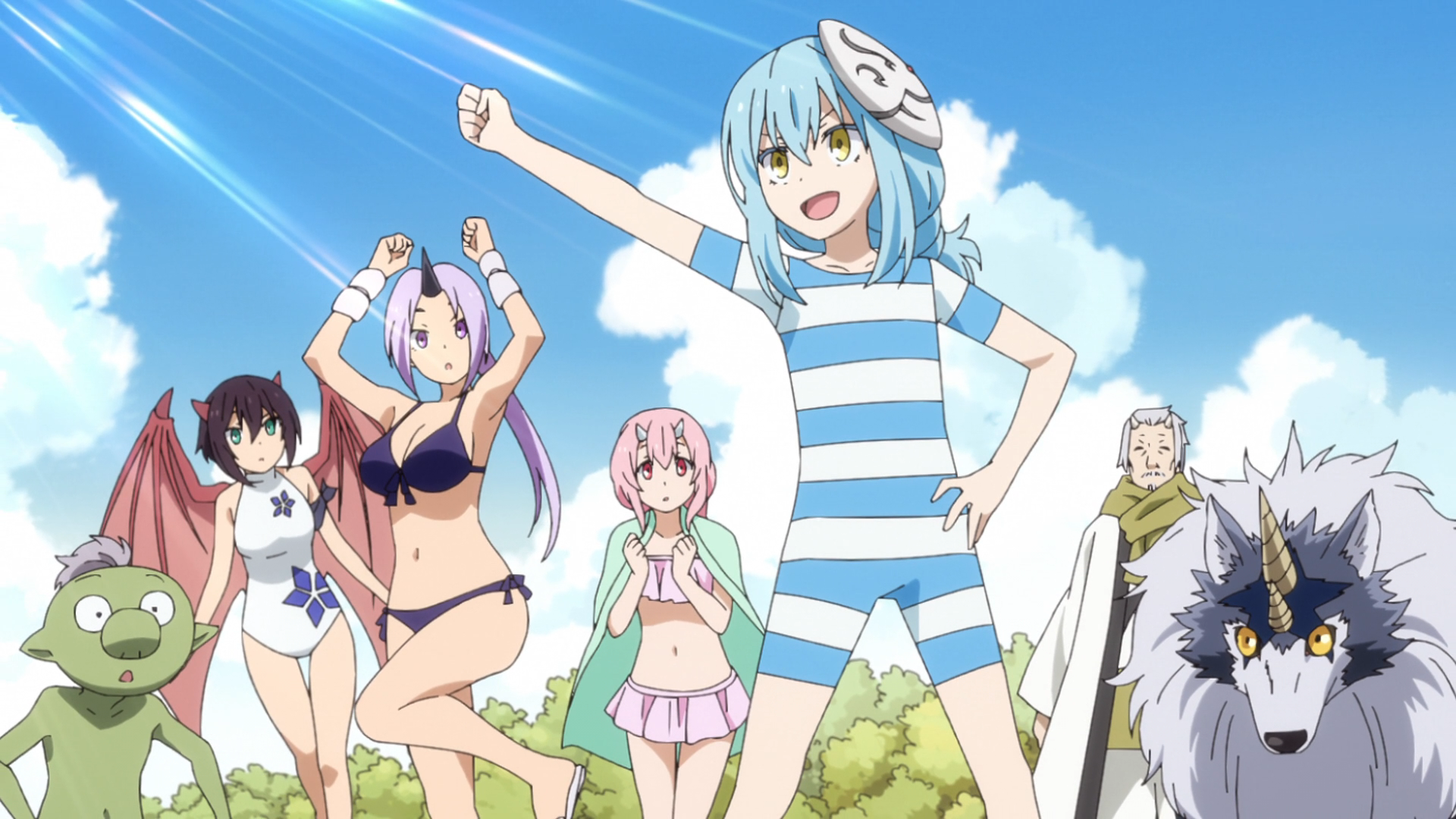 First up is the obvious: The Slime Diaries. In case you missed it when it aired this spring, The Slime Diaries is a spinoff of That Time I Got Reincarnated as a Slime that asks one question: What are Rimuru and co. doing when they’re not fighting demon lords and navigating geopolitics? Their day-to-day antics and challenges are what The Slime Diaries is all about. Part of Slime's charm has always been Rimuru’s interactions with their friends and the rapport that builds between everyone in Tempest. The Slime Diaries is a chance for that to really take center stage without the characters having to jump from crisis to crisis. If you ever wanted to see Rimuru teach everyone about Christmas or try to pick out a swimsuit for a beach day, then The Slime Diaries should be right up your alley. 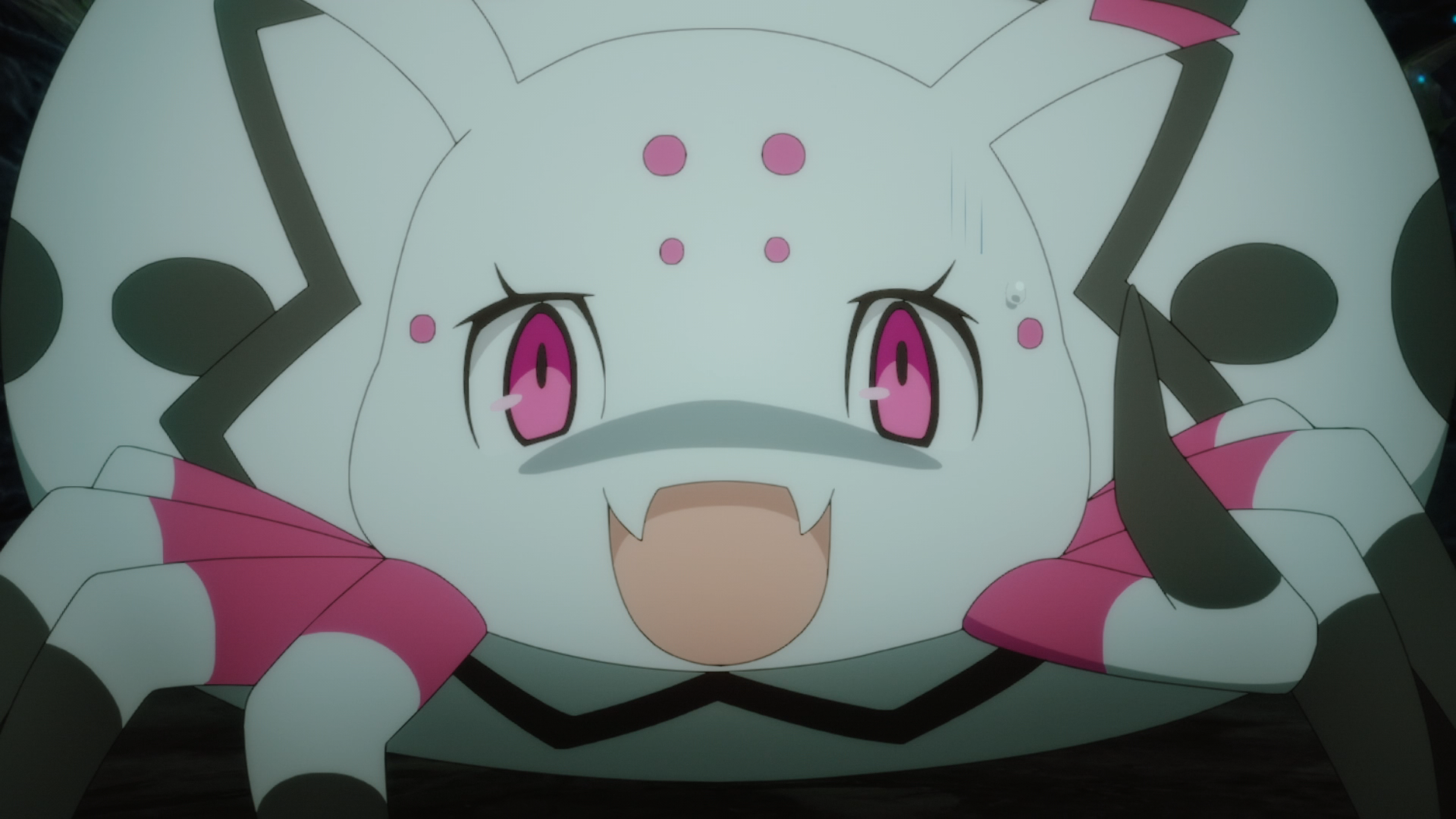 Next up is another show about someone being reincarnated in a less than expected form: So I’m a Spider, So What? Like Slime, Spider features a protagonist who wakes up having been reincarnated as a spider monster and has to learn to navigate the world in this form. The protagonist, nicknamed Kumoko, is an even bigger otaku than Rimuru and throws out all sorts of fun references and in-jokes as she learns about her new world (while also doing her best to not get eaten by everything she encounters). Half the fun of Spider comes from Kumoko’s reactions to all the predicaments she finds herself in, from being surrounded by a mob of giant monkeys to spinning her first web and learning that frogs are delicious. Spider takes the same slightly offbeat approach to fantasy worlds as Slime, which it balances with some of the familiar beats fans of the genre have grown to expect. All in all, it’s a perfect show to follow up with after you finish Slime. 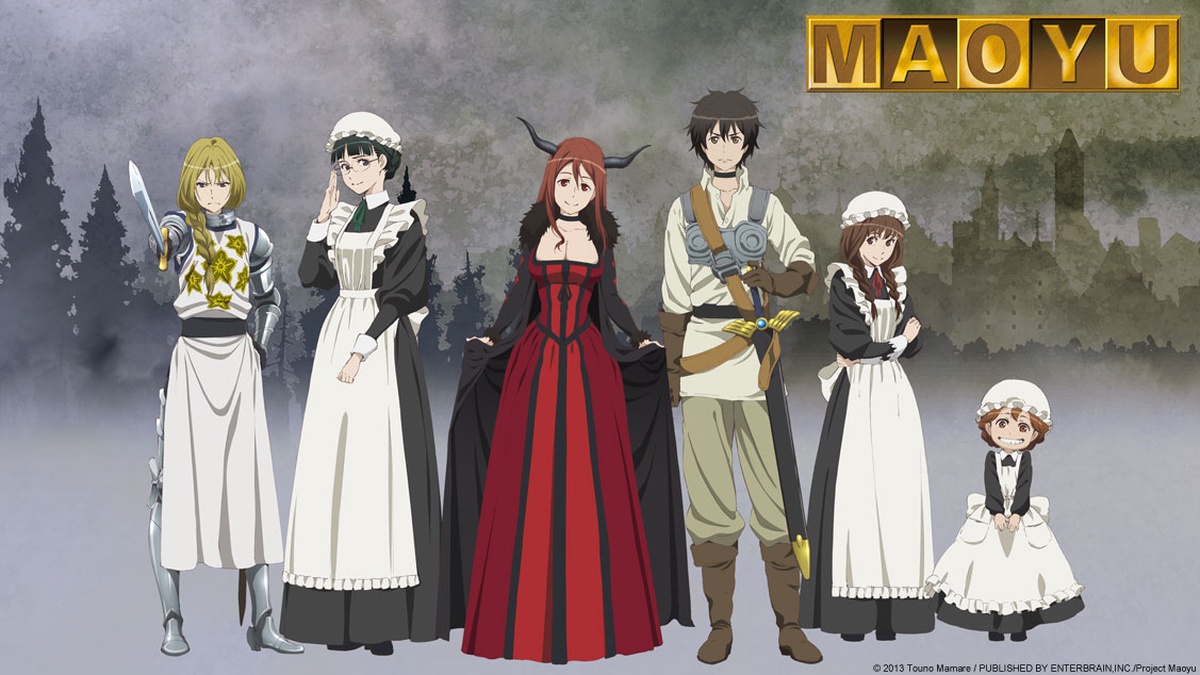 Maoyu (AKA Maoyu Maou Yuusha) is another great pick if you like political drama. From the creator of Log Horizon, Maoyu initially seems like a traditional anime fantasy where the Hero’s on a quest to defeat the Demon King. Only the Demon King turns out to be the Demon Queen and she’s more interested in working with the Hero to bring lasting peace for both humans and demons. Her plans involve spreading new ideas and changing society from within so that any peace agreement can last rather than lead to infighting. Maoyu has the same emphasis on nation-building and political intrigue as Slime's later story arcs, particularly once the Hero and the Demon Queen start running up against established rulers who favor maintaining the status quo. All in all, it’s another great follow-up to Slime, particularly if you also liked Log Horizon. 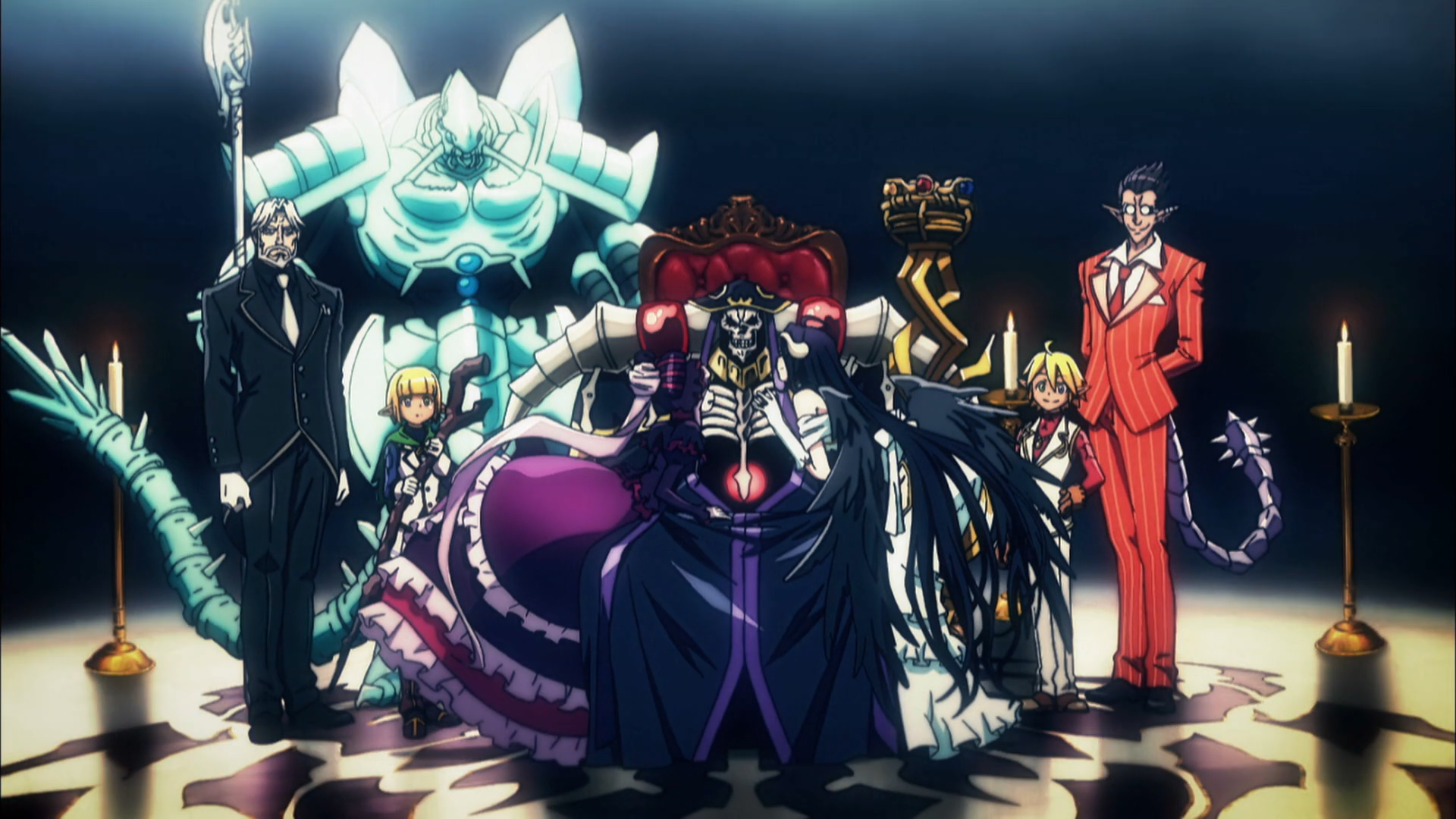 If Slime's occasional one-sided battles are your thing, you can’t go wrong with Overlord. Overlord's another show where the main character, Ainz, finds himself trapped in a game-like world — only he also has all his progress and minions from when it was still a game. Being a max-level player with a fortress full of powerful minions and weapons, Ainz is basically unbeatable. Overlord can be a ton of fun if you’re looking for popcorn entertainment, one-sided battles, and main characters with a more villainous bent. Overlord is the perfect pick if you’ve been enjoying Rimuru’s morally grey decisions of late, and with three seasons, there’s plenty of episodes to watch, too. 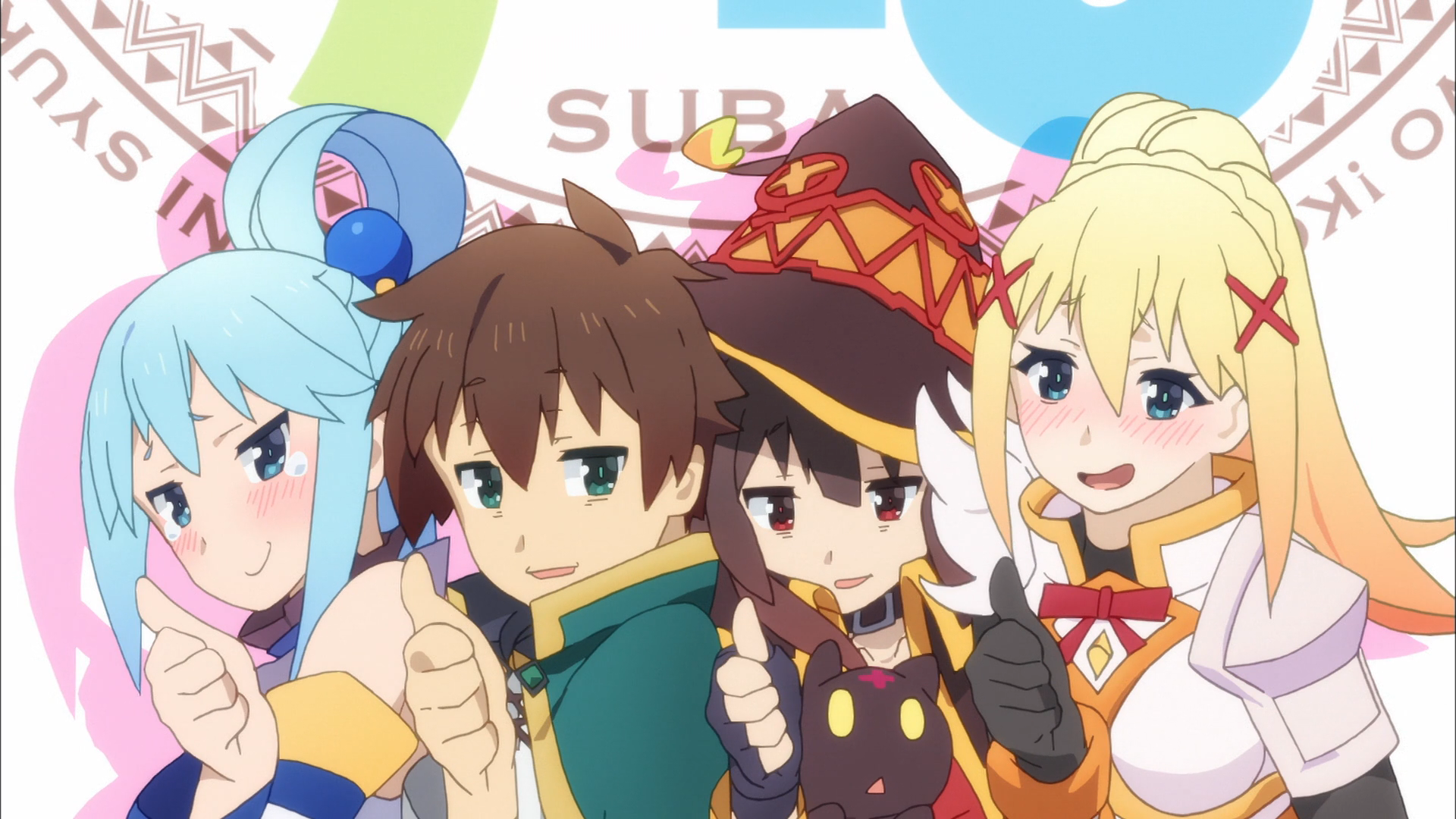 And finally, if you’re in the mood for something that parodies fantasy world stories even more directly than Slime, there’s KONOSUBA -God's blessing on this wonderful world!. KONOSUBA is a straight-up comedy, the type where any moment that isn’t a punchline is setting up the next joke. Everything, from the premise (main character dies of shock after trying to push someone out of the way of a slow-moving tractor) to the cast of bumbling adventurers is designed to play off fantasy world tropes. It's an even more offbeat take on the genre but scratches the same itch when it comes to humor. If your favorite part of Slime was seeing Demon Lord Milim be bad at Demon Lord-ing, you should give KONOSUBA a try. Nothing’s better when you’re looking for a good laugh.

These are just a few of the options to fill the hole while you wait for the Slime movie to come out next year. There’s never any shortage of anime to watch out there, and even when your favorite season of a show ends, you can always find something to fill the void for the time being.

What are you watching after Slime? Let me know in the comments!