FEATURE: What You Need To Know Before Attack on Titan Final Season Part 2!

A titanic plot in a bite-sized recap 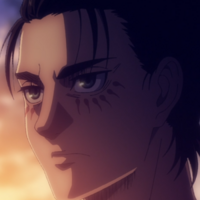 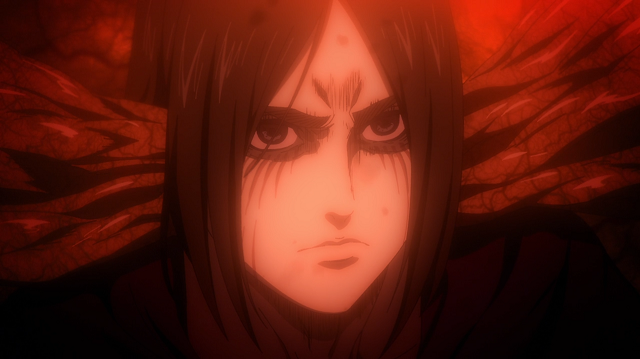 This article written by David Lynn was originally published November 21, 2021

Attack on Titan's final season is coming back to grace our screens with weeks of political intrigue, unbelievable plot twists, and classic Titan-fighting action. Now is the best time to rewatch the first 16 episodes of Attack on Titan Final Season in preparation — it's even better the second time! If you're low on time and need a quick recap of the biggest events, have no fear, we have a primer here ready for you to remind yourself how things went in the recent season, where all the major players are, and what we might expect to see in the episodes to come. 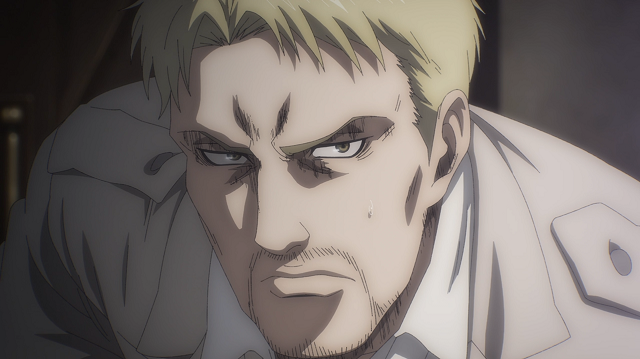 Introduced at the end of Season 3, the country of Marley has secretly been a part of Attack on Titan since the very beginning, being where the Titan-bearing Warriors Bertholdt, Reiner, and Annie were from. They infiltrated the Walls of Paradis using the power of the Colossal Titan and acted as members of the Scout Regiment and Military Police, planning on finding and retrieving the powerful Founding Titan in order to bring it back to their home country. While their betrayal seemed like a grand scheme to their old comrades on Paradis, it turns out they were essentially sent out in a last-ditch effort to reestablish Marley as a formidable world power — as terrifying as the Titans are, technology outside the walls has advanced to the point that Marley can no longer maintain their dominance with basic Titan power alone.

To make matters worse, the former head of their Titan squad, Zeke Jaeger, who once terrorized the inhabitants of Paradis as the Beast Titan, has betrayed Marley. Zeke worked with the Paradis Army to facilitate an attack on a speech from Willy Tybur in the city of Liberio, allowing Eren to obtain yet another Titan power — the War Hammer Titan — and creating unrest on the world stage. With their Titans even fewer in number and the clock ticking ever faster toward all-out war, Reiner has taken the lead, choosing to launch an attack on Paradis now instead of waiting for Zeke to make another move. That's where we leave off Final Season so far, with Reiner and a fleet of Marleyan forces descending on Paradis. 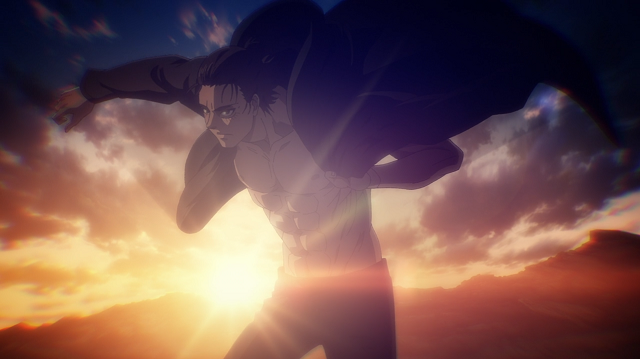 Speaking of Paradis, despite their numerous recent wins, things aren't all going great on the once-walled island. After their successful attack on Liberio, the Paradis army chose to lock up their strongest asset — yet biggest wildcard — Eren Jaeger. They also had his half-brother, the duplicitous Zeke, sent away to a secret location in a forest of giant trees, monitored by none other than Levi himself and a squad of Scouts. They even detained their new allies, Yelena and Onyankopon, because they couldn't trust that the once-Marleyan aligned soldiers would actually stay on their side since they were also heavily associated with Zeke.

Unfortunately, absolutely none of this has panned out as planned, leaving Paradis in a state of division and disarray as they are attacked by Marley. A large portion of Paradis' citizenry sees Eren and the Attack Titan as symbols of hope and pride and became outraged when the info that Eren was being imprisoned was leaked. Even more level-headed people are concerned about the sudden secrecy the Paradis military has taken on, especially after having fought so hard for the freedom of information and press from the tyrannical Reiss monarchy. Eren himself easily escaped from his prison, using his dangerous combination of Titan powers, joining the most extreme of his supporters. These "Jaegerists" —  including those loyal to what Eren represents like Floch and those convinced Zeke has their best interests in mind like Yelena — have started to stage a coup, meaning Paradis is now fighting a war in and outside of its borders.

Perhaps nothing represents this conflict among former comrades better than Eren’s confrontation with Armin and Mikasa, where he made it clear to two of the last people on the Paradis government side who still trusted him that he no longer wants or needs their support. He even went so far as to say Mikasa’s devotion to him is manufactured and that Armin has grown too soft in recent times, taunting Armin’s feelings for Annie as artificial ones inherited from Bertholdt and the Colossal Titan. With just a few choice words mocking the freedom he, Armin, and Mikasa have fought so hard for as being fake, Eren purposefully severed any connection he still had to the life he once lived. Now that Eren has seemingly ended the friendships that formed the emotional core of the series, it’s hard to tell what hope Paradis has as their enemies approach their doorstep. 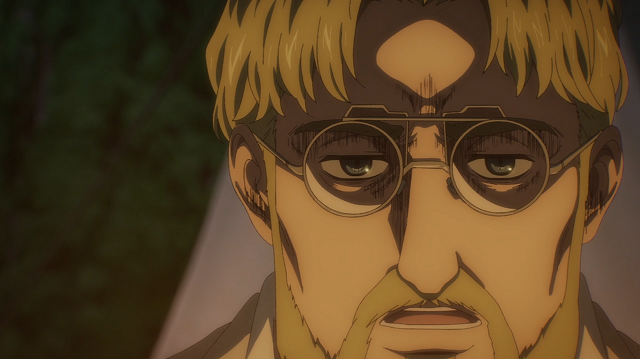 Zeke really did have a deadly master plan. He used some of his sympathizers to put drops of his spinal fluid into the food of Paradis' unsuspecting Eldian population. As demonstrated in Season 2 when he ravaged the inside of the Walls with new Titans even after the Scouts had cleared them out, Zeke's Beast Titan powers allow him to turn anyone who has his spinal fluid inside them into a Titan. He escaped from his restraint in the forest by using this strategy, turning all of Levi's allies into Titans — luckily, Levi escaped this fate as he was the only one who didn't drink any of the spinal fluid-topped wine the bored Scouts entertained themselves with.

Though Levi eventually caught him, he couldn't have predicted Zeke's ultimate plan: to combine the powers of the Titans inside himself and Eren and use the gene-altering, full control over Eldians Eren would then have to sterilize all Eldians, ending the Titan lineage once and for all. With such little regard for life, including his own, he pulled off one last gambit, purposefully detonating the lightning rod restraint Levi was keeping him in, leaving both of them for dead. Or it would have, but a stray Titan seems to have picked Zeke up at the last moment, so his schemes may yet continue, much to the dismay of players on every side of this sprawling conflict. 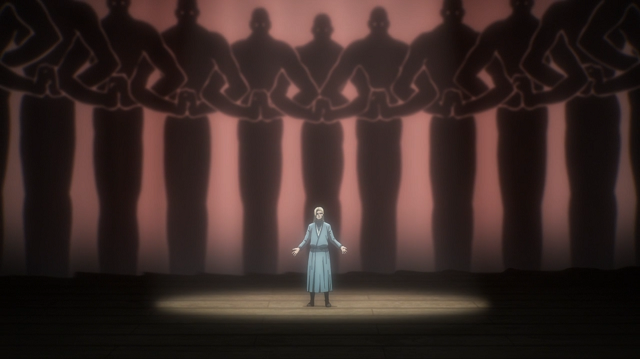 As if all of this wasn't enough, there is one more looming threat in the background: the massive potential army of enormous Titans that make up the three Walls of Paradis. After much mystery, we now know the Walls were erected on purpose in order to protect the Eldians exiled to Paradis from the forcibly turned Titans that roam the island, using the hardening power of Titans to form the Walls themselves. This was achieved using the power of the Founding Titan, which can control the actions of other Titans. However, we also know that the same power that put the Walls up can take them down, releasing the Titans inside. This threat, which has been dubbed "the Rumbling," is what Marley has been using to paint Paradis and Eldians as a menace to the rest of the world. It's also what Willy Tybur used to unite his international audience at the speech where he was ultimately eaten by Eren — an event that, itself, was part of a larger plan by Willy and Marley's top brass to unite the world against Paradis so that Marley could continue to get support.

Paradis itself has even been using this potential weapon as a rattlesnake of sorts, which is how they've been able to spend the last few years developing themselves as a nation. The goal of Paradis' new leaders like Hange and Armin has been to keep the Rumbling as just that, a threat, until they could fully establish themselves as a world power. Unfortunately, the person who holds the key to this destructive strength is none other than Eren, whose increasing anger throughout the series seems to have reached its boiling point, and whose actions have been growing more unhinged and unpredictable. Between Eren's maverick state, the military nationalism of the Jaegerists, and Zeke's genocidal goals, the peace that people like Hange were hoping for is looking more unstable than ever. It's impossible to tell what Eren plans to do — or who might convince him to do it. 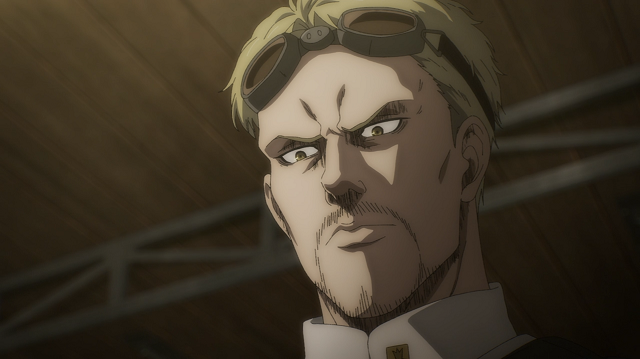 And that, in a nutshell, is the state of things in Attack on Titan. It's looking dire for just about everyone involved, with each faction one slip away from crumbling under the weight of their own hubris and legacies. And with the once hero of the story Eren in his lowest place yet, it's impossible to tell what will happen when these forces collide. That is, until you tune in to the next part of Attack on Titan Final Season!

Which Titan is your favorite? Tell us about it in the comments below!