FEATURE: Counting The Property Damage Costs In Attack on Titan

It may be best to pay in installments 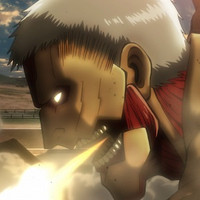 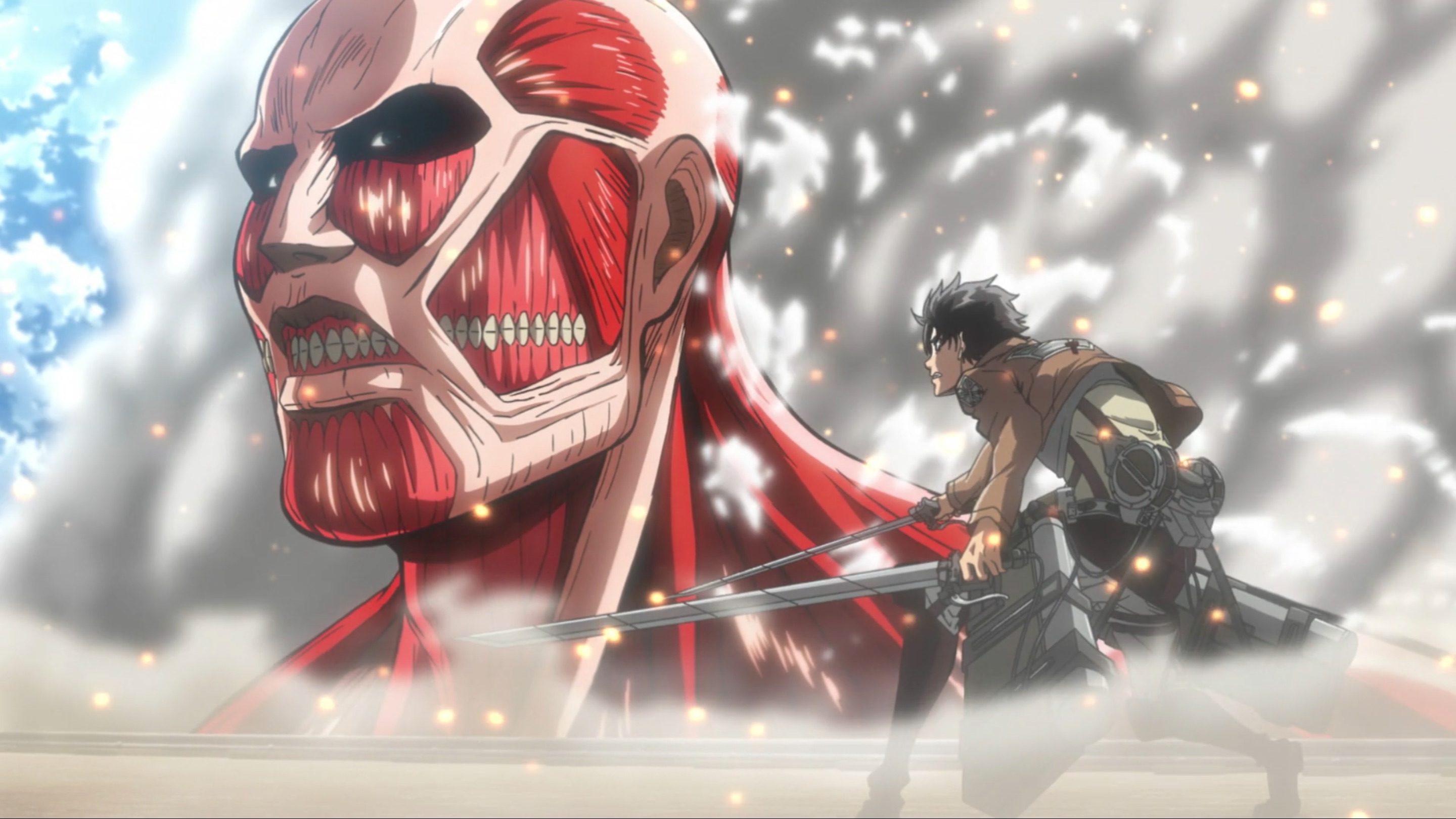 Sometimes in life, you are given a task so daunting its scope appears infinite. In the chaotic world of Attack on Titan, staving off the oncoming onslaught of these behemoths is one such task.

Trying to then work out the approximate value of the property damage? That’s akin to fending off 11,000 Titans at once. With a butter knife. And only Daz by your side, which somehow makes your chances of survival even lower.

Before we begin, we have to lay down a few ground rules. Firstly, estimates are conservative for the most part, and we will focus solely on major conflicts. 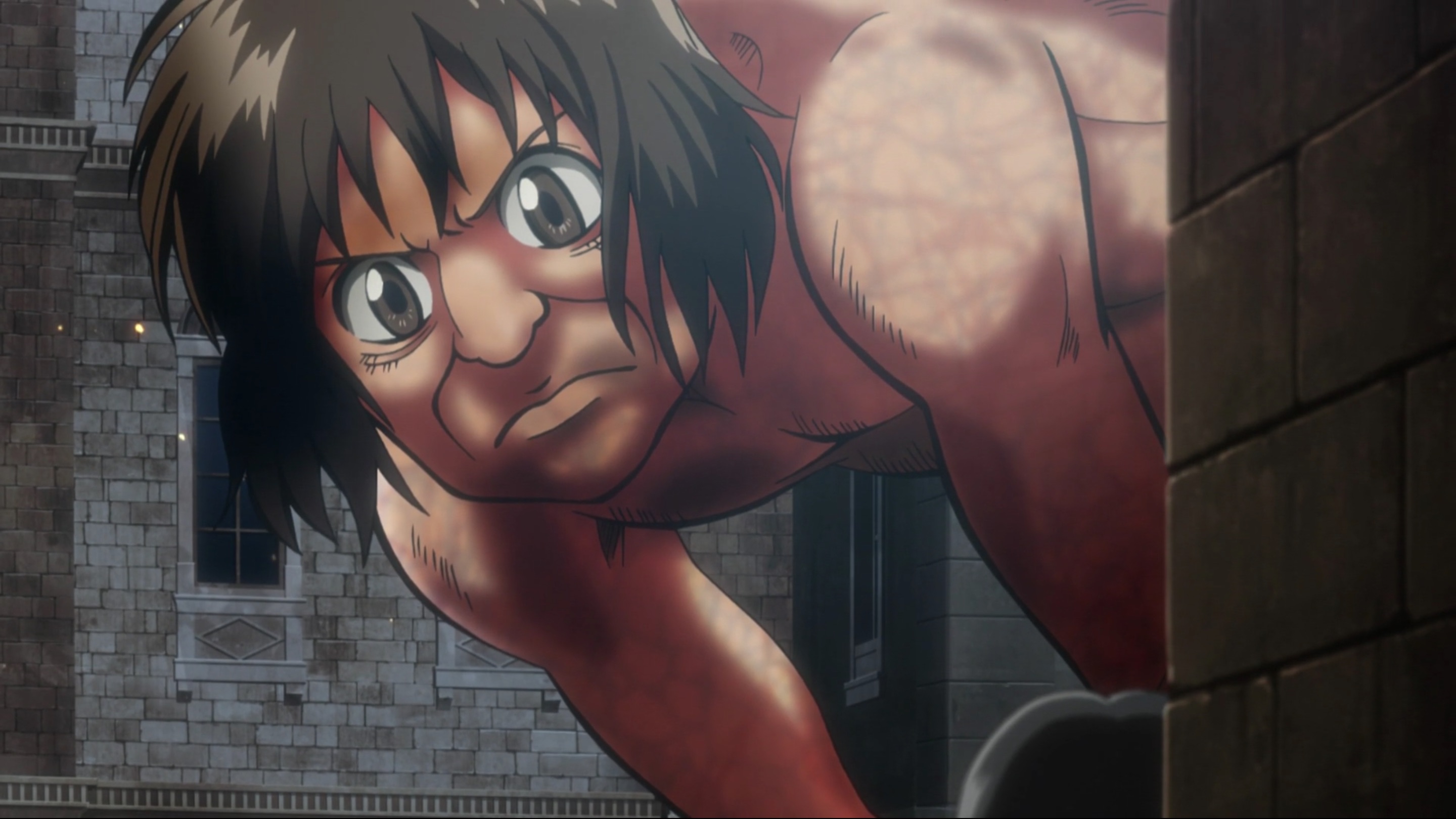 Only damage caused directly by Titans will be factored into the equation, and as such, Sasha’s ruthless consumption of one stolen potato will be disregarded. Similarly, damage caused in other Attack on Titan media, such as Attack on Titan: Junior High, will not be included.

Last of note, is that any item deemed to be manufactured and/or used specifically for the act of Titan combat or defense by the military is rendered null and void. Their application and potential loss is a reasonable workplace risk, and therein, a sunk cost.

Spoilers up until the end of Attack on Titan Final Season Part 2 will be present.

[FIG.1] The Fall Of Shiganshina 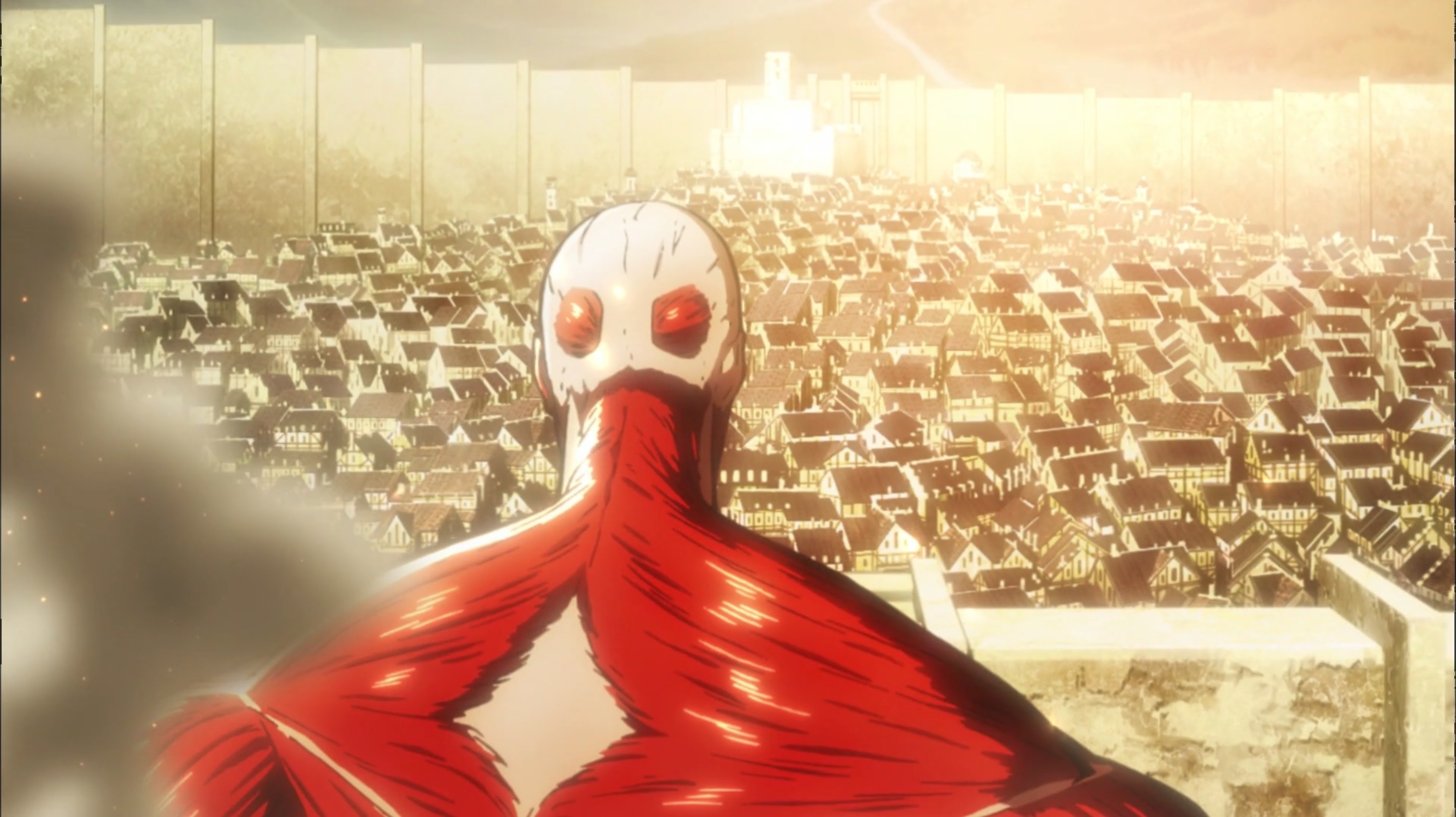 In the devastation levied not only against the people of Shiganshina but subsequently the greater Eldian community, we understand both some truths and speculations.

According to first-hand accounts, 10,000 people died the year Wall Maria was breached. Based on the technology seen in Attack on Titan, we can place a rough real-world equivalent to the 1940s, where the median home value was a little under $3,000. Based on the factors of poverty and desperation experienced by the typical residents of Wall Maria and the time-locked state of Eldia in general, we are going to halve that value to $1,500.

We are then going to assume that these residents held at least basic home furnishings and add $100 to that total. Once you throw inflation into the mix, the estimated average damage cost skyrockets to a rounded-up cost of $33,000 per abode.

It is well below market value for a house of equivalent size in today’s economy, however, location plays a major factor in real estate, and to be quite frank, a landscape populated by enormous ravenous monsters tends to temper expectations for potential buyers. 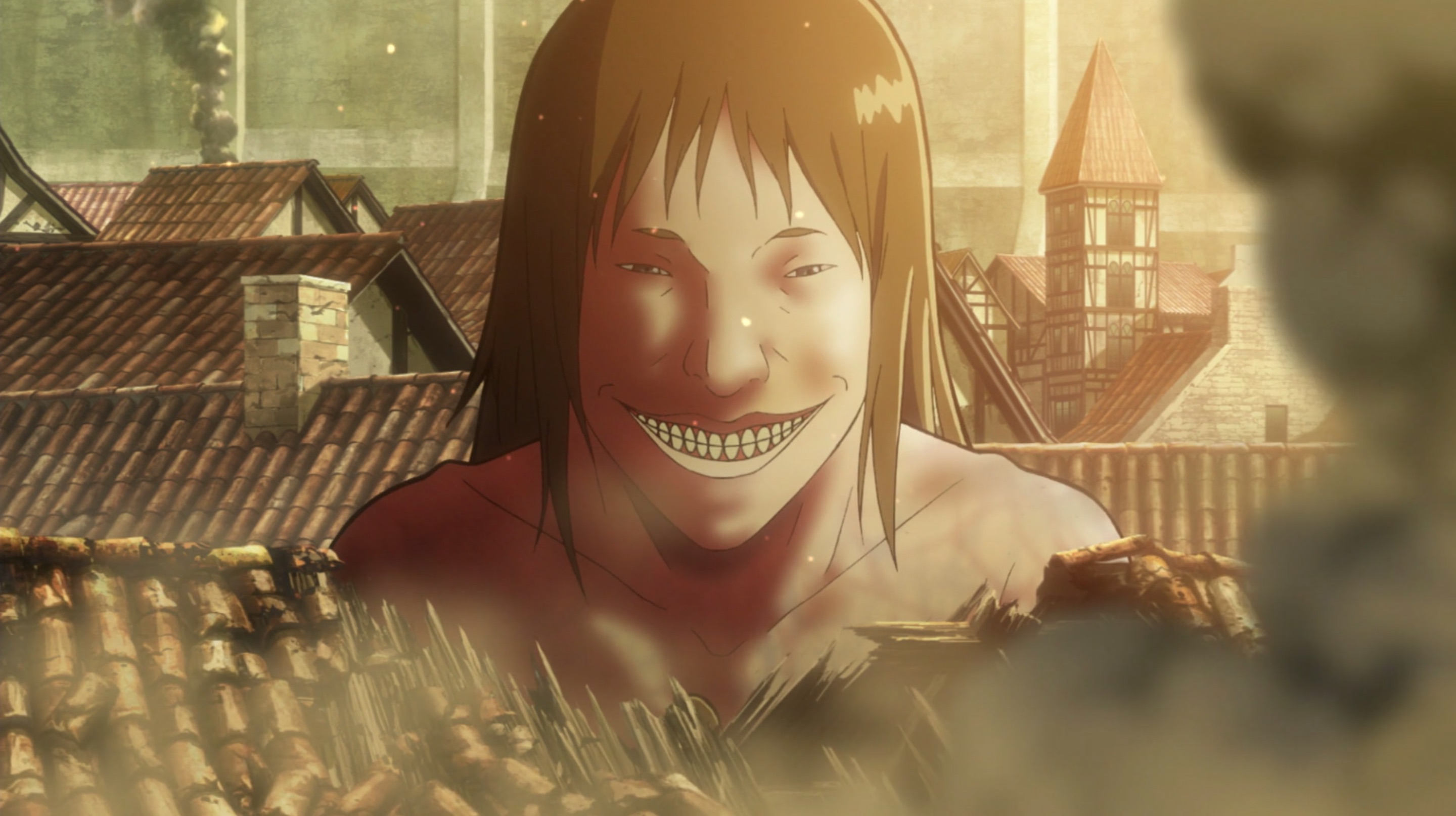 Before we can take our findings to the bank, however, we must understand that one property and its contents do not necessarily equal one human life. Multiple people live in a single dwelling, and as such, a one-to-one comparison of number of deaths to the value of property damage would prove inaccurate. Should we average the family size to four per household, we cut the cost estimates down accordingly.

We see in Shiganshina that some structures maintain only superficial damage, and not all of the above-mentioned fatalities are assumed to have taken place within the victims’ residencies. With this in mind, we will reduce the estimated property damage by 25 percent.

[FIG.2] The Struggle For Trost 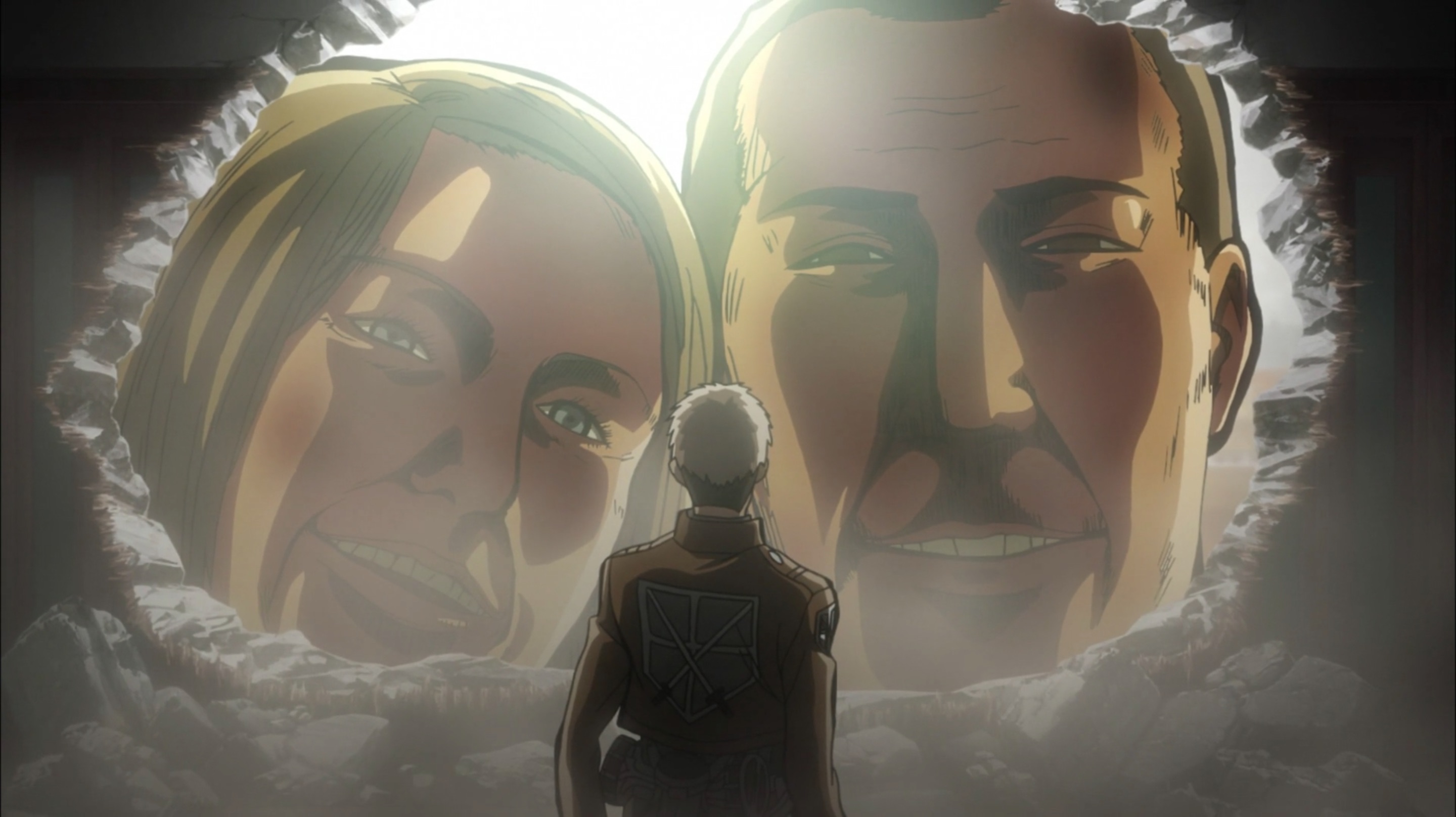 Five years after its initial attack, the Colossal Titan returns to action in Trost. Although the military losses are heavy, it’s through their sacrifice that they are able to protect those in need, successfully evacuating all civilians and eventually wiping out the Titans within.

Without raw data, we are left grasping at whatever factoids we have, and in this instance, it is that over 1,000 soldiers were wounded in some way during this operation. Should we assume that their lives were in some way correlated to those they had saved, we can apply the same mathematical equation we had previously: 207 deaths will be considered equivalent to destroyed buildings, while 897 will equate to those with superficial damage. Again, this is divided by four to account for the average family size, resulting in a conservative estimate of 52 houses in the first category, 224 in the latter.

We will increase these values based on Trost’s perceived standing, assigning numbers of $2,500 per house and $250 per contents (prior to applying accordant inflation). As for the streets themselves, typical city planning would have each block set at an average length of 300 by 600 feet. To allow for the best coverage, we will assume that 50 blocks will have had their roads damaged and set masonry costs at 50 cents per foot. 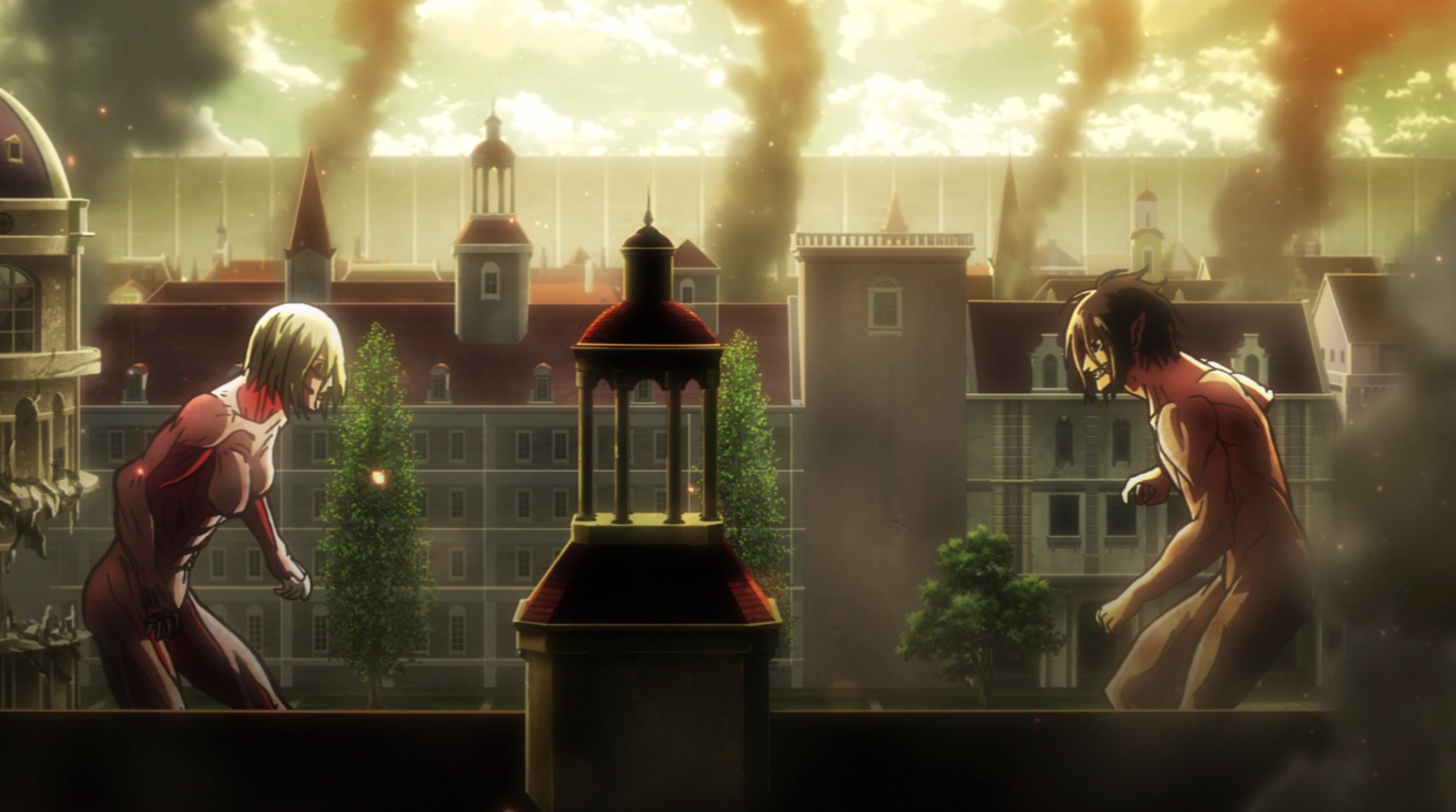 Stohess District is located within Wall Sina, and therefore, hosts some of the wealthiest Eldians of all. Their attire is resplendent, suggesting access to the finest dyes, with an ornate church that sits proudly within the town square.

This church crumbles within the first few moments of the fight, and already, we’re talking big bucks. As per before, we cannot be certain when this church was constructed to establish contracting fees and whatnot, so we will simply establish a dollar value of $4,000,000.

According to Military Police reports, the damage to the city is “unbelievable.” Based simply on the eye test, we are going to estimate 300 buildings damaged beyond repair with a further 100 maintaining superficial damage. This proves the inverse to the previous split between severe and minor, which comes down to the fact that there are no pesky Pure Titans gnawing on the fascia. 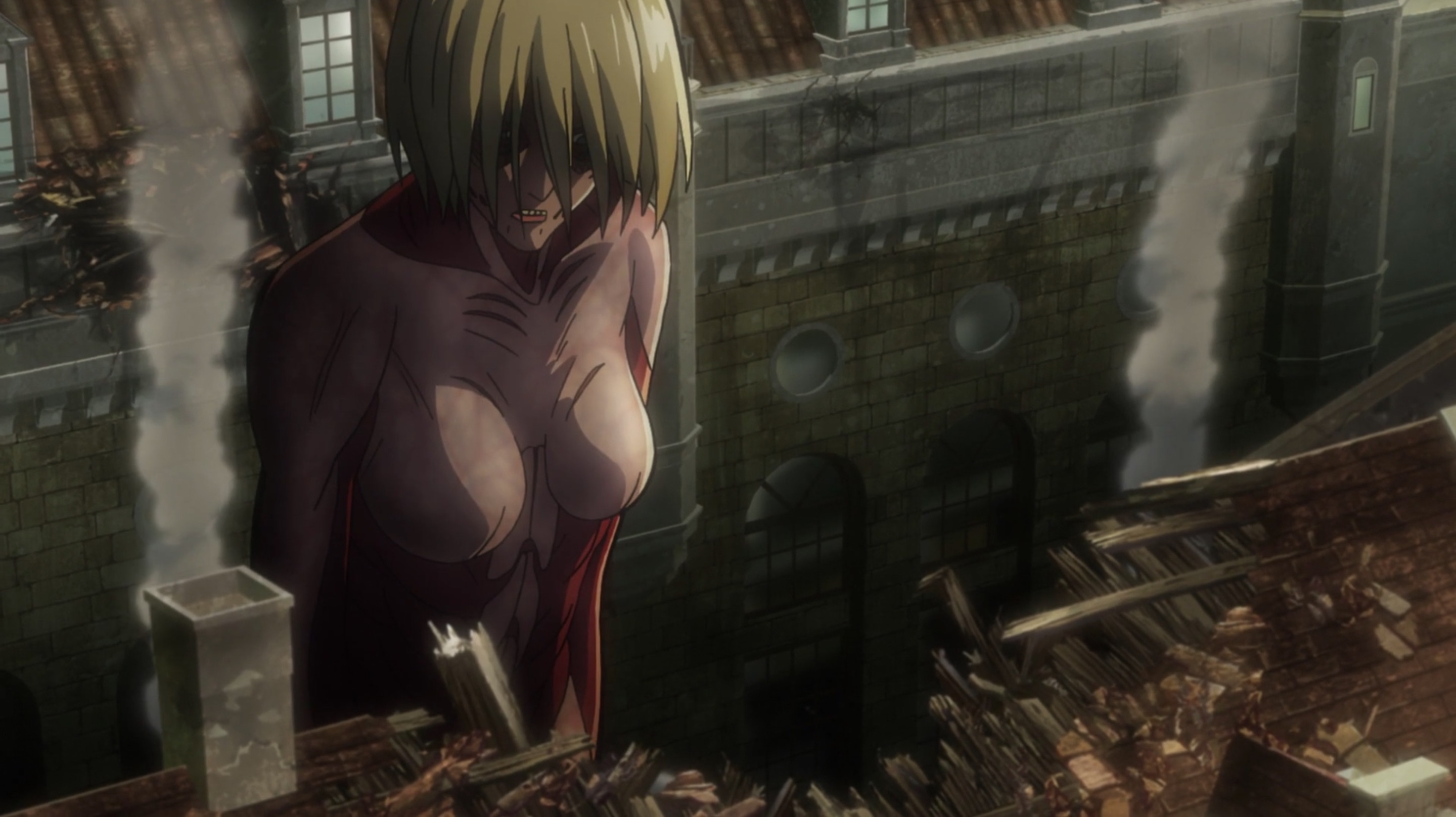 The value of these properties is indicated by a single shot we see of an interior, containing a candelabra and fine dinner plates. We’re going to estimate, prior to inflation, $6,000 each, with a further $1,000 worth of opulent goods.

Let’s not forget the roads and repair of 100 city blocks at $1 per foot. It’s safe to assume they’d spend twice as much as their counterparts in Trost, if for no other reason than to gloat.

[FIG.4] Clash Of The Titans 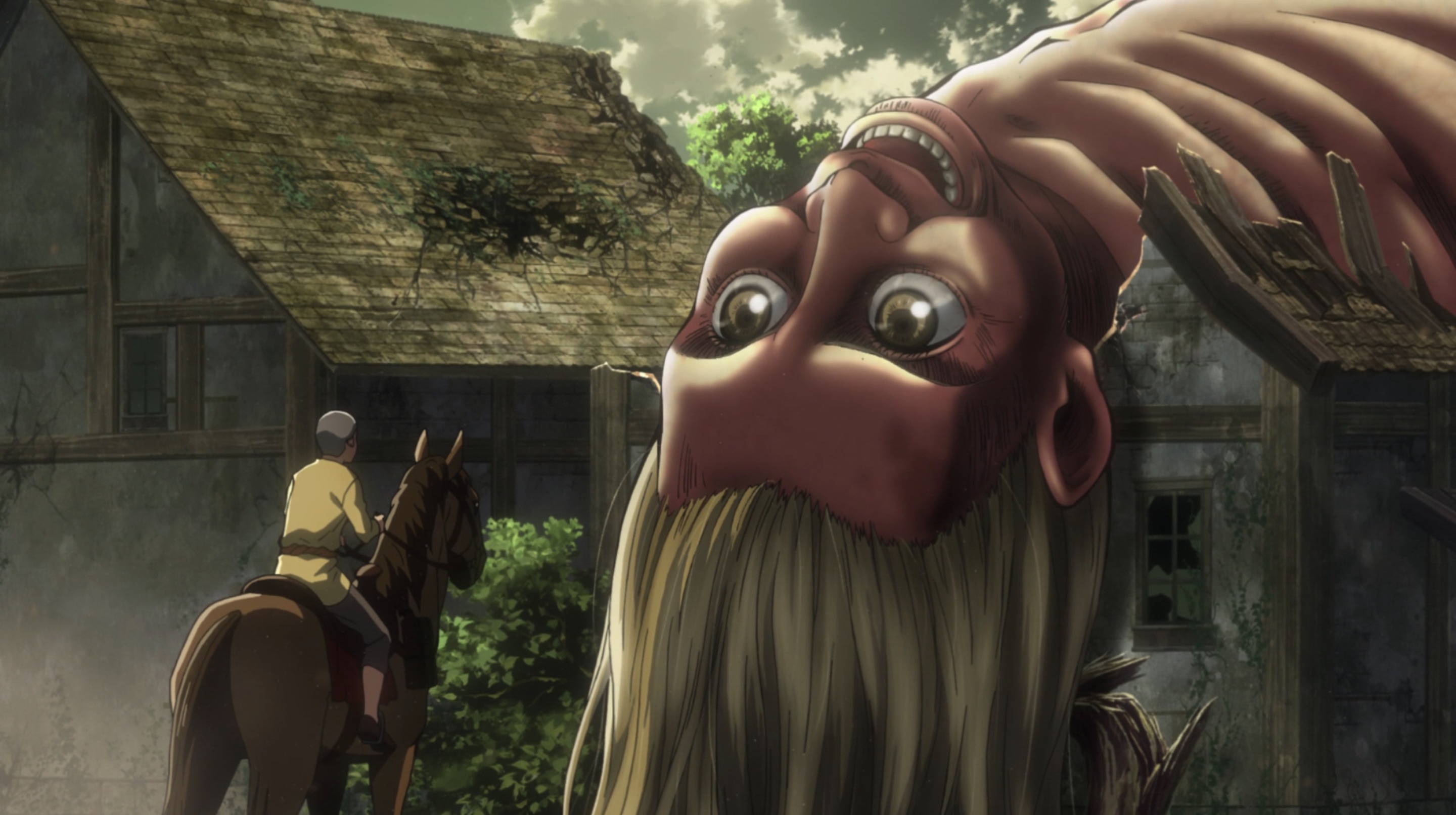 It is easier to count the untouched domains in Ragako than the destroyed ones, and superficial damage is basically nonexistent. Conny’s mother says hello, but it does little to lessen the blow. We are therefore going to declare the entire hamlet to be a write-off.

Being an agricultural village, the property value is on the lower end of the scale, though the fact that they are housed within Wall Rose indicates that they carry more comparative worth than the endangered communities on the fringes of Wall Maria. We will maintain that preordained $1,600 figure between home and assets.

The population of a village, according to some geographers, ranges between 500 and 2,000 people. Our inclination is that 500 is the more likely figure, so we will settle on that. 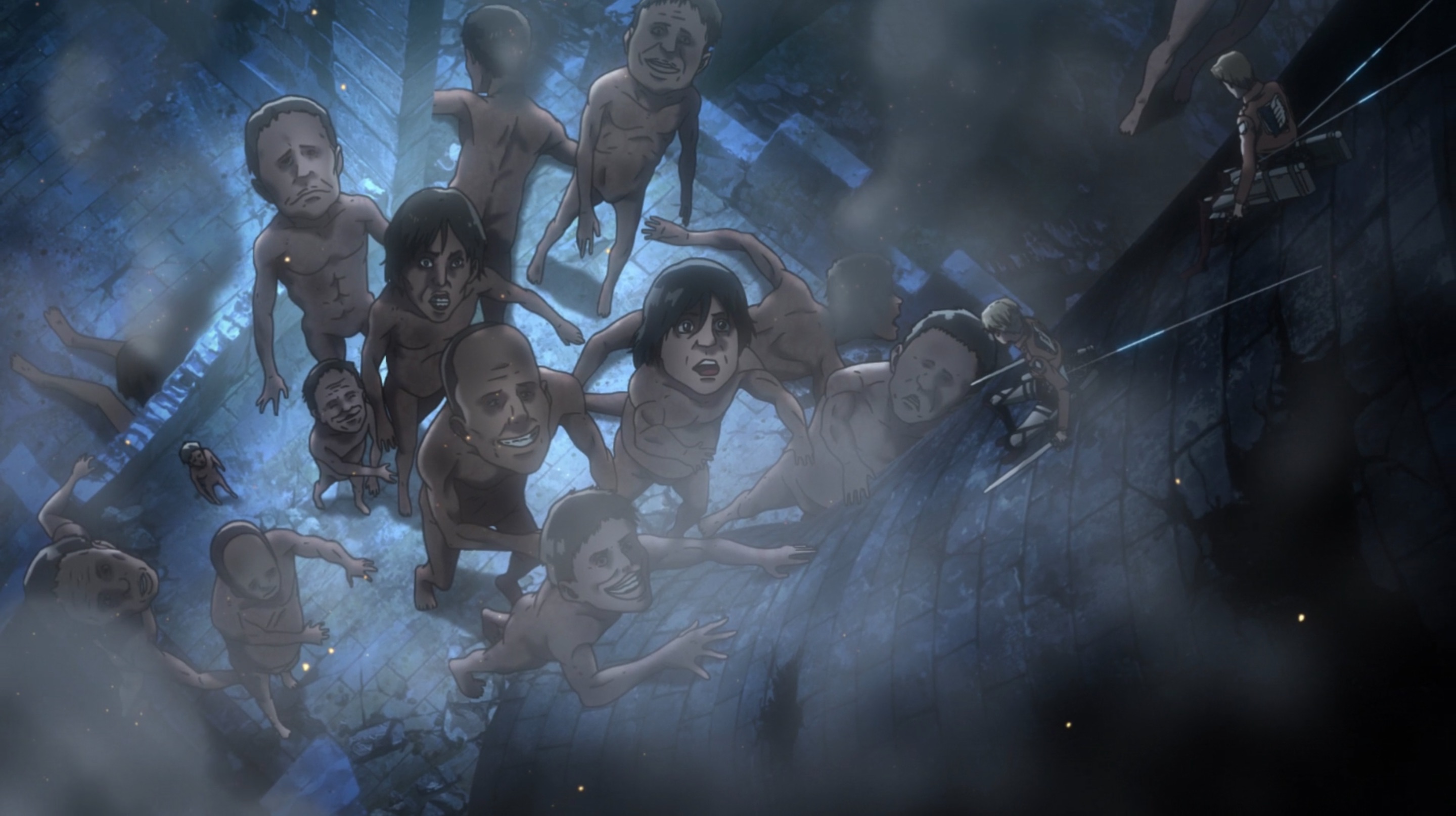 RELATED: Attack on Titan’s Levi Gets in the ZONe in Energy Drink Collaboration

Later on, the Beast Titan deploys an army of Titans to storm Utgard Castle, which is already in ruin. Though it is destroyed in its totality, the simple fact that it was an abandoned location in a state of growing disrepair would set the floor of its value quite low. 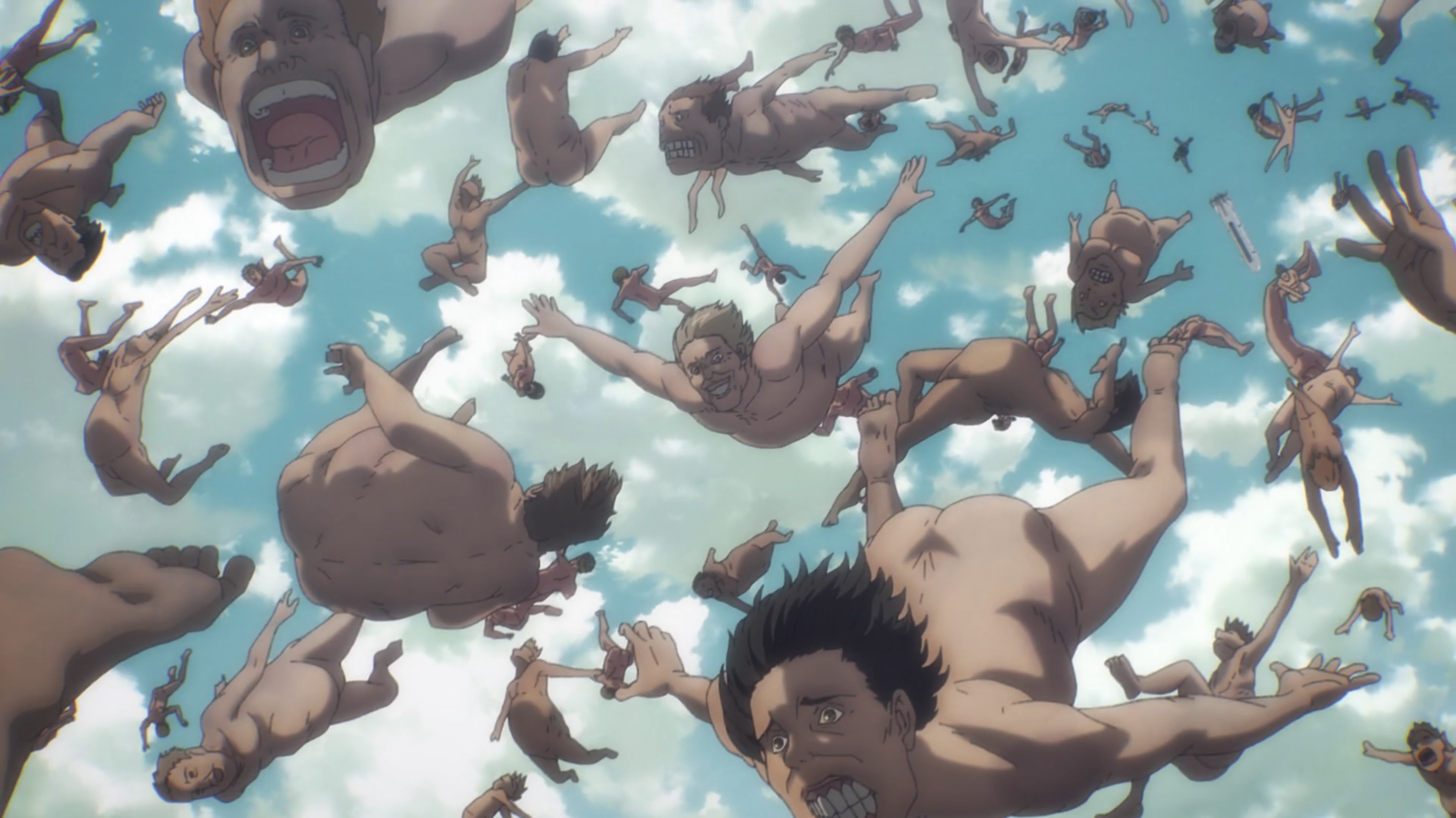 Previously, we considered military equipment a sunk cost, and therefore inapplicable for the purpose of this study. That may have held true in Eldia, where their manufacture was intended specifically for Titan defense, however from here, we are referring to weapons that could otherwise be used against other armies. Fort Slava is torn to pieces by hungry Titans, alongside much of the artillery and the armored train within. Reiner notes that there are at least 29 cannons.

The Mid-East Allied Forces fight with mounted machine guns, which carried an approximate value of $320 to $580 per unit. Cast-iron cannons were somewhere in the realm of $1,641 per unit. The modern cost of a locomotive is roughly $5 million in today’s money, and we will have to apply the approximate estimate of the additional metal and likely armaments within.

Not to be outdone, the Beast Titan sinks a fleet of 15 battleships. For perspective, the Iowa class battleship cost $100,000 million per ship … prior to applying inflation. Without an alternative baseline, we’ll use this as our indicator, placing the value of each ship at $2,068,374,100. 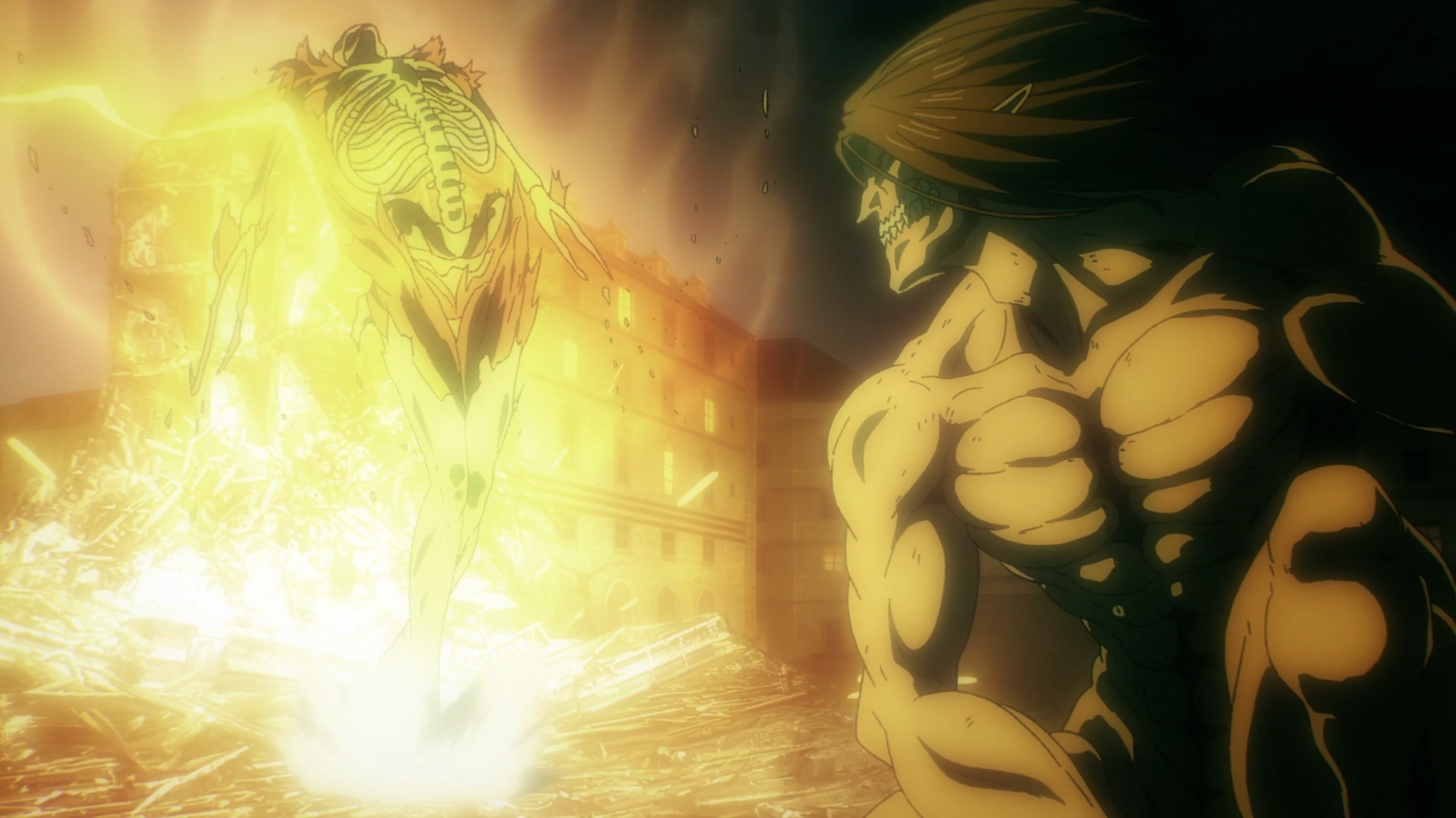 In the brouhaha between the Eldian infiltrators and Marleyan soldiers, Liberio is brought to its knees. The nearest demographical comparison would perhaps be somewhere between Trost or Stohess, but without the Eldian handicap applied before. Now, we apply actual real estate costs to come to the stunning realization that property prices are outpacing inflation.

The only deduction we will make to the skyrocketing figures in Liberio is that the Scout Regiment causes considerable damage themselves. As such, we will deduct 25 percent from our estimate. It won’t make much of a dent, especially as the Colossal Titan sinks a further 12 battleships. 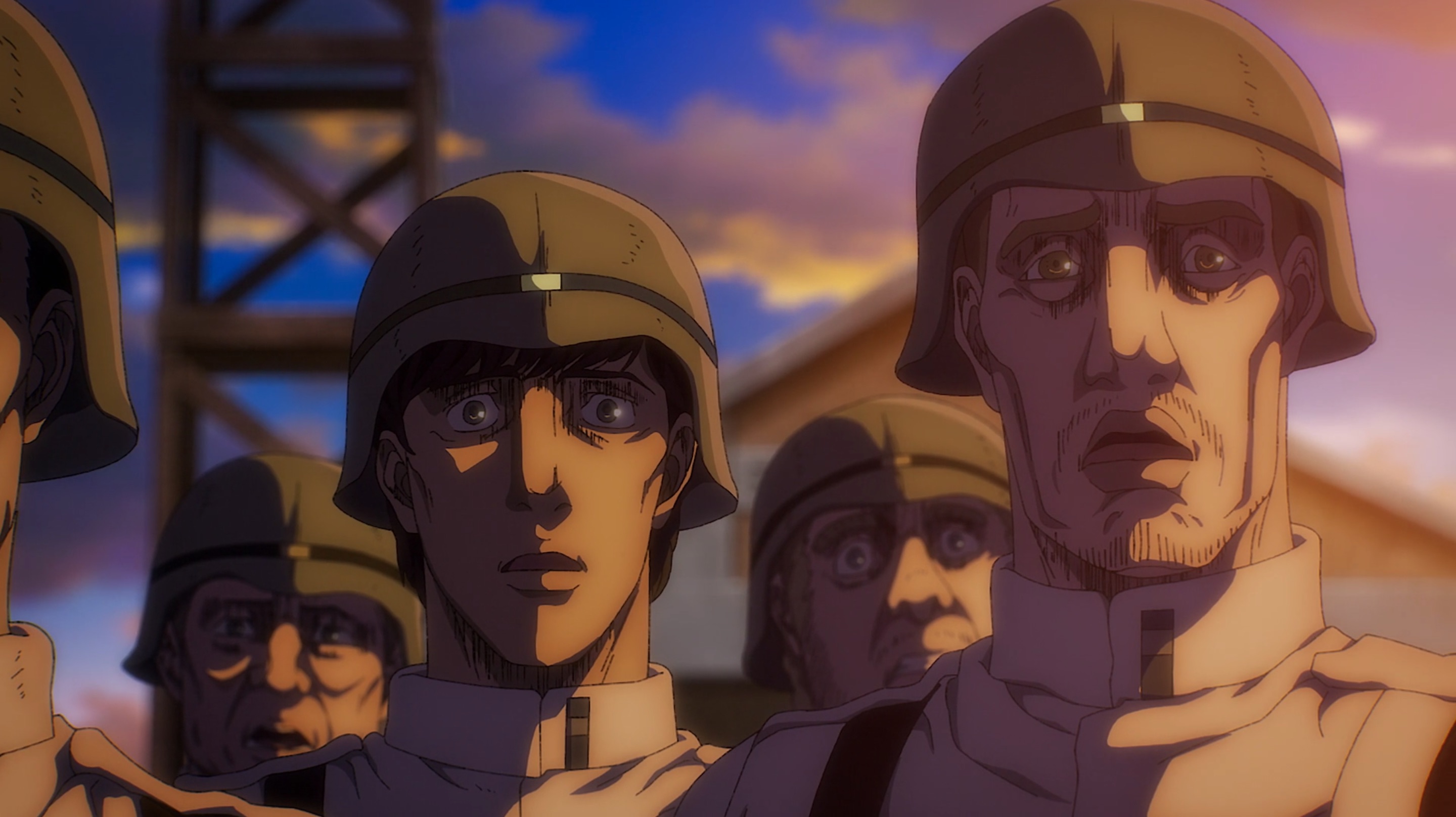 Once the rumbling has commenced, the three walls of Eldia crumble to the ground, revealing the gigantic Titans that had been hiding within. The safest assumption is that the 12 border cities were likely all lost; we know that this much is true of Shiganshina and Trost.

Once the Titans reach their destination, we discover the last line of defense: a global, combined fleet. Nearly every large cannon that exists in the world is gathered with one united goal. 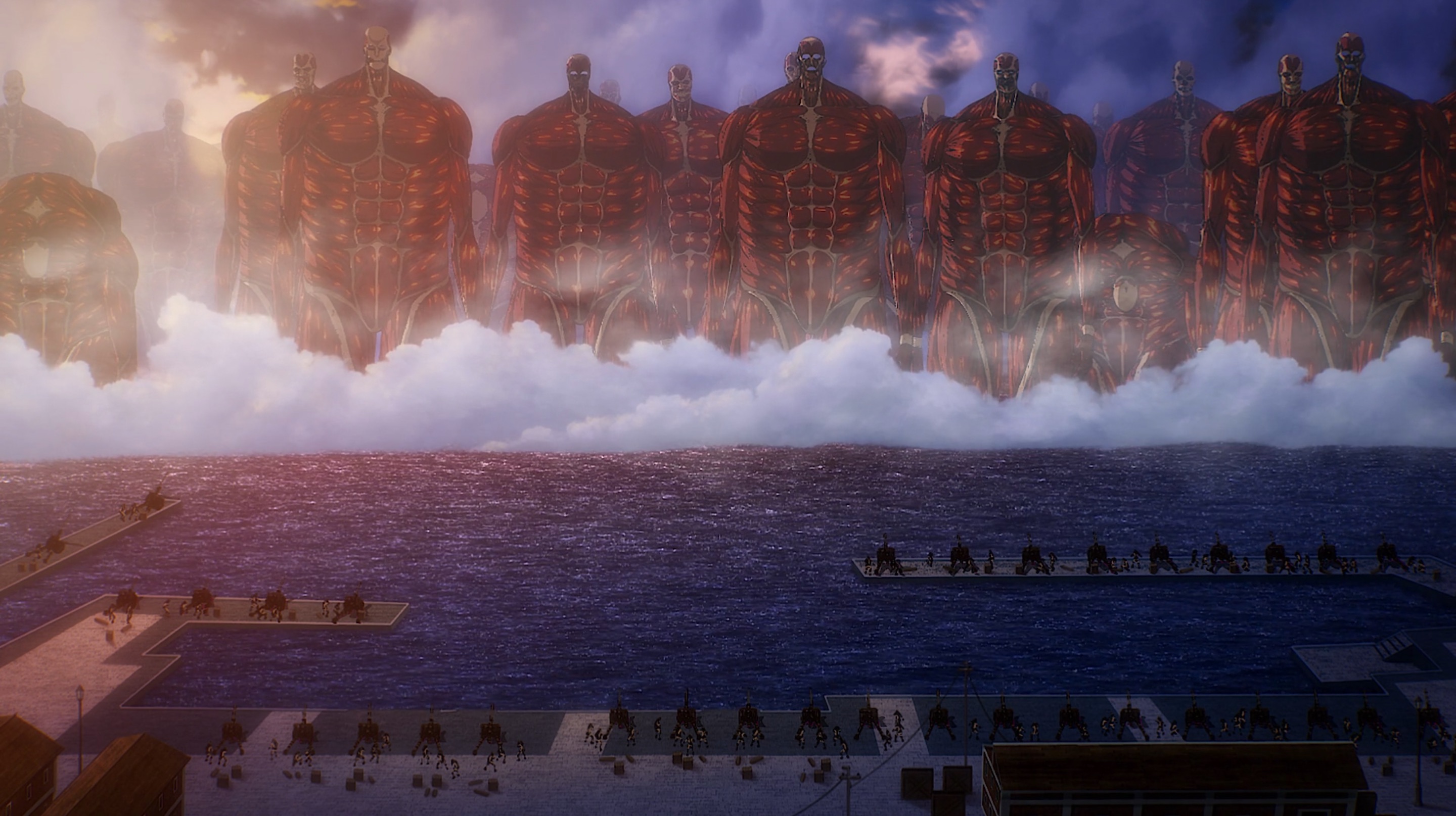 We can only assume that every ship available was deployed, which could number somewhere in excess of 10,000. They would vary in size and value, however, we will proceed with our aforementioned monetary number for consistency. The number of cannons we simply cannot quantify, so we are obliged to assign an arbitrary number. Does 100,000 sound like too many? Considering the stakes, they could probably use twice that number.

We hope that you have enjoyed this massive undertaking and that it gets you even more hyped for Attack on Titan Final Season Part 3! Though it was an earnest attempt, I can only imagine that city planners/architects/economists/literal Titans will have more concrete facts.