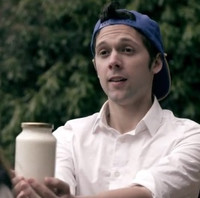 Hollywood loves taking franchises and rebooting them with a "darker, edgier" twist, and the end results tend to make eyes roll more often than not. In the first of a series of videos that have fun with the concept, Gritty Reboots offers just such an adaptation to the Harvest Moon franchise.

Gritty Reboots plans on following Harvest Moon up with cinematic trailers of other popular franchises, with updates coming every two weeks.