Real-time strategy game in the works for iOS and Android 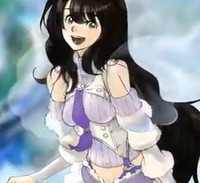 Square Enix has a smartphone game called Dragon Sky in the works for iOS and Android. The real-time strategy title is centered on collecting unit cards, and will have players building up a base while attempting to take down their enemy's. You can see some of the promotional art in the trailer below.