Microsoft manages to sell around 25k units in the first week 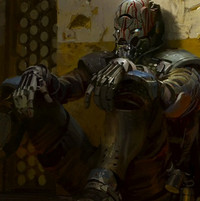 In news that probably won't shock too many people, Microsoft's Xbox One launched in Japan and didn't exactly burst out of the gate like the most elegant of steeds. While competing consoles like PlayStation 4 and Wii U managed to push over 300,000 units in their first week of release in Japan, Xbox One casually sauntered out of stores to the tune of around 23,562 units.

That number comes from Famitsu, and data tracking firm Media Create follows up with a 25,674 estimate for the first week, but both are pretty close and relatively disappointing. So far the best-selling Xbox One game in Japan is Titanfall (22,416 copies), with Kinect Sports (14,191 copies) and Dead Rising 3 (7,330 copies) eating Bungie's dust.