Cast and director take the stage to announce news 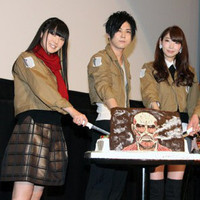 Looks like those Twitter reports were accurate. Mantanweb is reporting Yūki Kaji (Eren), Yui Ishikawa (Mikasa),  Marina Inoue (Armin), and director Tetsuro Araki took the stage at Shinjuku Wald 9 for the opening of the first Attack on Titan compilation movie and announced that the second season of the TV anime is being produced to run in 2016. 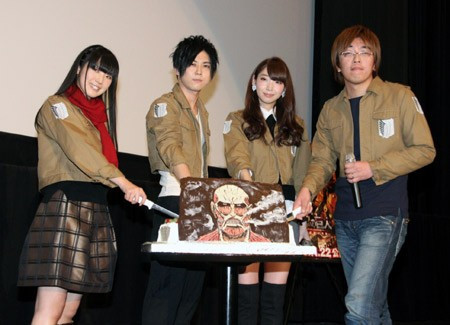 UPDATE: A video of the four on stage has been posted...