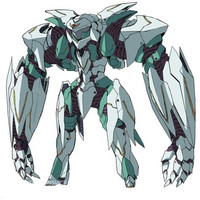 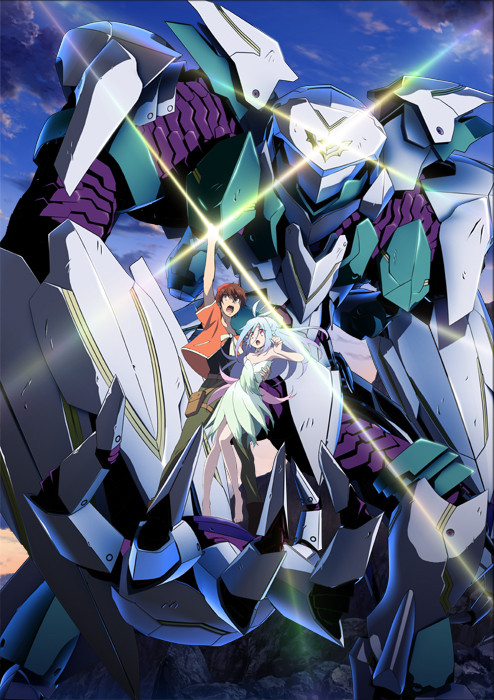 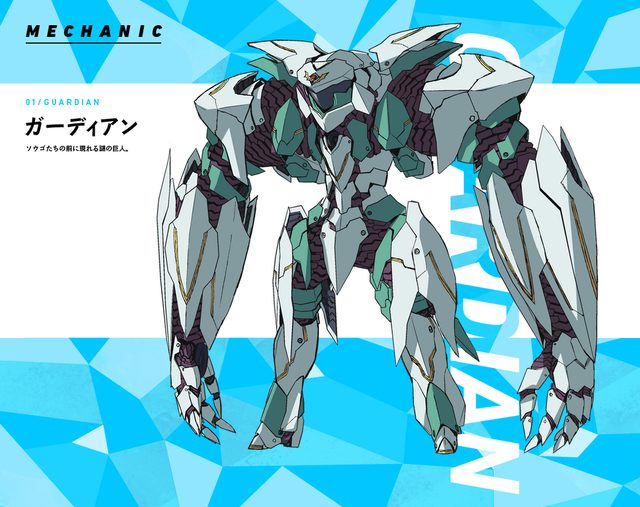 The visual gives an idea of the Guardian's massive scale by showing protagonists Sōgo Amagi and Felia in the palm of its hand. It's no wonder that the mecha is described as a "mysterious giant". It has also been announced that Good Smile Company is already working on a design for a plastic action figure of the Guardian.