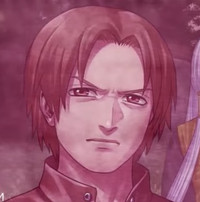 Rei-Jin-G-Lu-P is a werewolf-loaded horror visual novel that Kemco originally released on smartphones in 2015. Now it's coming to PS Vita in Japan with a few enhancements, including updated graphics, new fully-voiced scenarios, and more. It makes its debut on Sony's portable on January 11, and you can see a sample in the opening movie below.