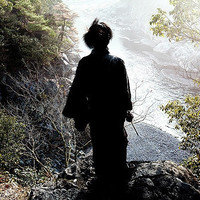 According to the latest box office report in Japan, the live-action film adaptation of Hiroaki Samura's Mugen no Junin/Blade of the Immortal action jidaigeki manga earned a very disappointing 189 million yen on 145,000 admissions in its opening weekend of April 29-30, far below the expectation of distributor Warner Brothers Japan.

The distributor reportedly expected the 44-year-old Takuya Kimura-strarring film to make around 10 billion yen from its domestic run, but judging from the result, it seems very difficult to even cross the one billion yen mark. The opening weekend gross was only 35 percent of that of Kimura's previous feature film released in December 2010, Space Battleship Yamato that made 4.1 billion yen from its total run in Japan.

Also, this is the second box office failure recently for director Takashi Miike, following his critically and

Terra Formars last year. His next film is, again, a live-action film adaptation of a popular Japanese manga,

JoJo's Bizarre Adventure: Diamond Is Unbreakable Chapter I that is based on the fourth story arc of Hirohiko

"Blade of the Immortal" trailer