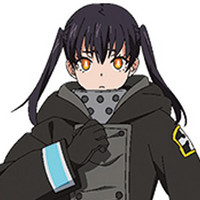 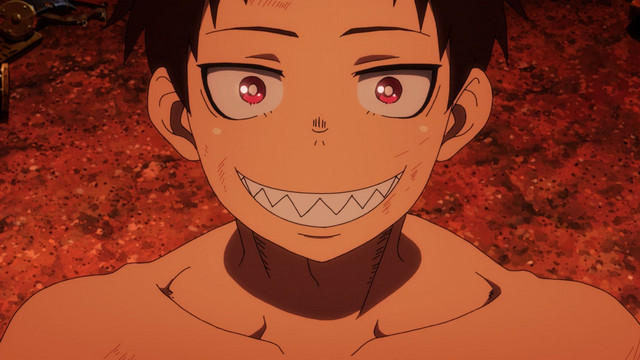 After the second season of TV anime Fire Force was announced late last year, titled "Fire Force: Chapter 2", the candle of information on the upcoming season had been extinguished, until now. Weekly Shonen Magazine released the first character art from the firey anime series, showing Shinra, Arthur, and Tamaki in their updated firefighting outfits, including Tamaki in a Sister outfit. 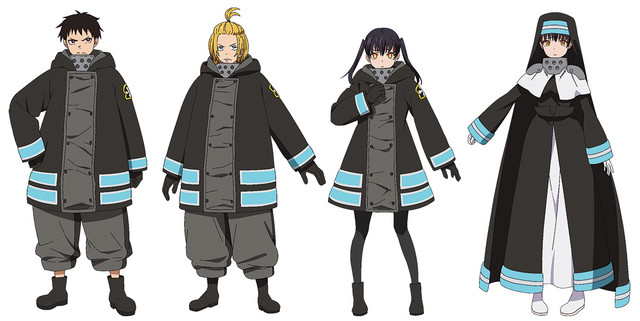 Fire Force: Chapter 2 is scheduled to blaze through the Summer 2020 season, with the cast returning to voice the firefighters. Crunchyroll streamed the first season of Fire Force as it aired in Japan and describes it:

Season 2 of Fire Force was announced as the first season ended, with a teaser trailer and visual showing Shinra and other characters in front of a red ellipse. 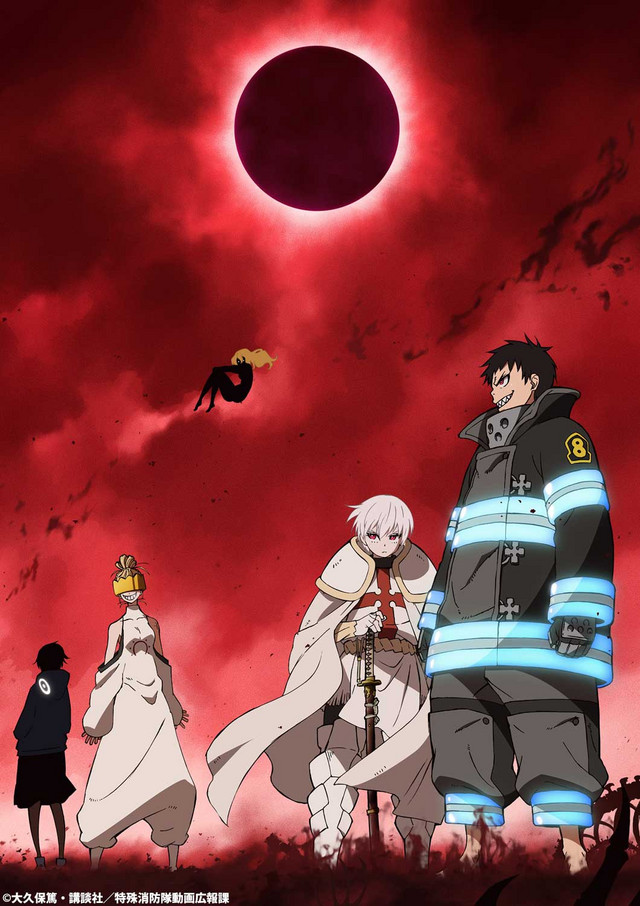